A few years ago, during the Easter holidays, we had an awesome trip around the west of the USA, taking in a few National Parks (we had a year’s pass, so it was rude not to) including Yosemite. It really was amazing. Breathtaking views, fantastic hikes, waterfalls, ancient redwood trees, mountains, valleys…

Anyway, when booking our trip to Hawaii, the cheapest way turned out to be via San Francisco, so we decided to have a few days at the start to revisit the park (and a few days in the city at the end). 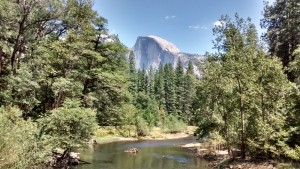 We flew, picked up the car, drove a few hours in rush hour traffic and checked into our hotel, partway there, 4.45am UK time. A long day. The next morning we had another few hours to get to the park, but it was all worth it (and once you get to the park, the time it takes to get anywhere is huge- from the entrance to the valley in the centre must be well over an hour of driving still). As we arrived early, we could not check in so headed to the valley for a walk (and lunch). Last year there were very bad forest fires, and the lack of trees at some viewpoints were in stark contrast to our last visit. 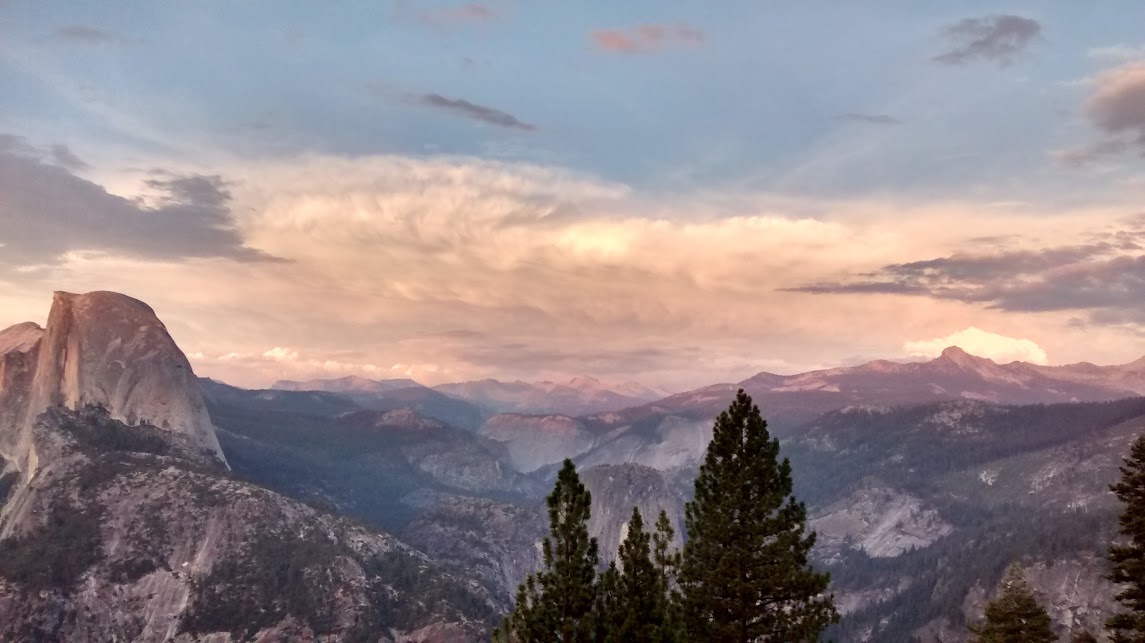 After checking in, and getting some dinner, we headed along to a high point in the park (Glacier point I think)- it was closed at Easter due to snow, so we wanted to see it. On the way, we were lucky enough to see a black bear with two cubs. Amazing.

We found a great place to watch the sunset, and the colours were just wonderful. This was just taken on my mobile phone- no filters or anything like that. It looks more like a painting I think.

Side note- on the way we had stopped at a shop (a Trader Joe’s- it was a very nice shop indeed) to get water, bananas and cereal bars, and I had bought some trail mix. It sounded brilliant- cashews, almonds, pistachios, cherries, cranberries and dark chocolate chips. But it was in the boot, and the temperatures were 100F on our journey. So when I unpacked it in the evening, the chocolate had melted (luckily I had not opened the packet yet). The room was so warm it didn’t even solidify again! 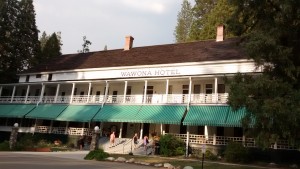 Our hotel was lovely, but over 100 years old in parts, so fairly basic.

Day 2 and we headed out to another part of the park closed in the winter (Tuolumne meadows)- we got there in time to hear a ranger talk- I love these. We had a walk around the valley fields, but we were a bit late in the year for the main wildflower display. 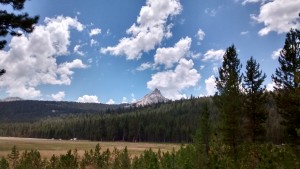 After that, we drove to a small redwood grove (the main one, Mariposa Grove, which we visited last time, was closed due to work going on). It was a very steep walk downhill, and that uphill walk on the way back was so tough! 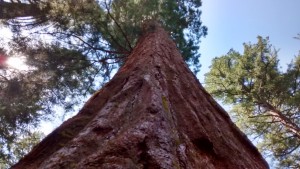 It is hard to describe just how huge they are, and of course hard to photograph too!  It was another fantastic part of the park to visit. Even though we went to Muir Woods (near San Fran) several years ago, and the grove on our last visit, they are still just amazing to see.

We drove back to the valley for a more gentle (flat) walk around, and to get some dinner from the cafe there. 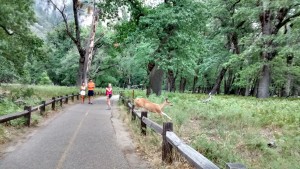 A deer ran across the path in front of us!

The biggest change we noticed was the size of the waterfalls. They were huge when we visited at Easter, and you could hear the roar of the main one from inside buildings. This time, they were just a trickle in places, and other waterfalls were dry (we were comparing photos of both trips once home). It was also baking. On the day we drove in, the car temperature display said 100F, and hiking up and down steep paths (and at a fairly high elevation) is pretty tough in that heat.

On Day 3, we had to get back to San Francisco (staying in a hotel near the airport for the night) so we went back into the valley for some more walking. They have free shuttles that travel around the valley floor, so after walking for a bit, we caught one and walked up towards a waterfall (and the stair case of terror, although we didn’t go up all the way this time). 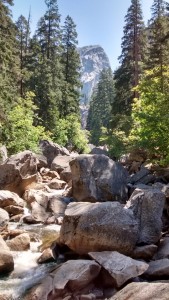 After catching the bus back to the valley and walking to another view point, we got some late lunch and then had to head back to the car for the long drive back. 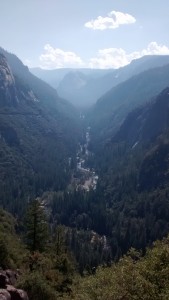 I am really glad we went back. We had a fantastic few days with lots of walking and sightseeing. Yes, the waterfalls were not as spectacular, but more of the park was open, and when we visited before, the bears were still sleeping. What can I say, I love the American National Parks.

5 thoughts on “A summer visit to Yosemite”