So since getting back from holiday I have been very aware that I have a half marathon to run at the end of September (in Disneyland Paris- I’m so excited!!!). I knew I would not have much of a chance to run on holiday, but I did run 13 miles the week before we went away, with the aim of getting up to around 10 miles in September. I was also very conscious of not getting my bad back from upping miles too quickly, so I decided to start off gently and then up them more at the end of the month.

I also signed up to run 100 miles during September, because I liked the medal.

(From their facebook page). Seriously, how pretty is it???

We arrived home late Monday, and on Tuesday I went out for a 3 mile run- I had to stop and walk and put that down to being tired (I was awake from around 3-5am), being dehydrated, and not having eaten much the day before (I didn’t want breakfast when we landed, and ended up having some cereal at around 5pm after we had got home). 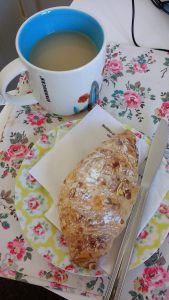 On Wednesday I made the most of my last day of the summer holidays and went out for 4 miles, and then on Thursday after work I went for 5 miles, because I realised it was September and I needed to start ticking the miles off. Perhaps running 3 days in a row wasn’t a good idea, but Friday was a rest day anyway.

On Saturday I headed to Wimpole Estate parkrun for some tourism,and then on Sunday morning I did 6 miles before going out for brunch. I would have been tempted to go a bit further, but I didn’t have time and that was just as well as I know once I get back into more of a routine I can run further.

Tuesday- 8.3 miles with club- I had warned them I would be slower than usual as I had not run that far for a while, but it was great. As we ran down the final hill, the sun was setting and we had beautiful views across the countryside. Everyone stops at the top of each hill for the group to catch up so I had a few chances to catch my breath which was good. One of our runners managed that route for the first time- she had done up to 6 miles before, so that was a great achievement. Somehow, running long in the evenings seems more of an acomplishment than running on a Sunday morning.

Thursday- 5 miles after work to try and ease my yoga aches!

Friday-  I met some friends at the Waffle House after work, and although I did consider a walk when I got home, I was too tired so just watched some of the Paralympics instead. 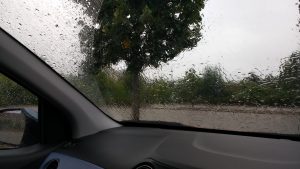 Saturday morning, sitting in my car wondering if the rain would ease off!

Saturday- I had volunteered to do the new runners briefing at Ellenbrook parkrun, and with the 100 mile challenge I have broken it down to mainly three runs of 5 miles each, and a long run of 10 miles. To make the parkrun up, I did a couple of laps of the university, which totalled 2 miles. I then had time to chat to the other volunteers and give the talk before running it myself. One lady turned up with a crutch, saying she had not been able to walk for 18 months, and was gradually working back up to it- she wanted to walk it and then eventually run it.

I ran a bit with someone else from my club, and we were having a lovely chat for a bit, but then she felt like she was slowing and so I kept on going. I ended up overtaking a couple of ladies, and one of them came up to me at the finish and told me “I didn’t think anyone would go past me and the you did”- I apologised but she was only being nice about it, and it was probably half a km from the end, so we ended up having a nice chat about all things running. There were loads of our club members volunteering and running, and it was great to see so many people. One person said “if you get a good time after nattering the whole way around I will be so annoyed!” – in my defence we only really chatted for the first half! I was saving my legs for Sunday anyway!

I was talking to one of my friends about doing the 100 mile challenge, and she said she didn’t think she could run for over 6 miles. I said I liked to listen to podcasts, and at that point John Norman (Danny Norman’s dad, who used to present the parkrun podcast) came over and started talking to me about podcasts. Now, some of you may remember (!) that he stopped me out for a run- I have checked my blog and it was back in 2014 (here if you are interested). Him and his wife help out most weeks at Ellenbrook, and sadly in August he had suffered a stroke (the Ellenbrook team put out a message on facebook to wish him well, so he wasn’t keeping it private), so he ended up telling me about that. He’d been signed off from physio this week so was really pleased to be on the mend.

Sunday was 10 miles- (a bit of a Martin Yelling inverse taper going on- I figured that I ran 8 miles on Tuesday to the jump up to 10 would be fine)- someone from my club was going out for around 12, and usually I would have joined her but I didn’t want to set an alarm as the next time I won’t set one is the 2nd October. I woke up around 8, and pottered about before heading out just before 9. 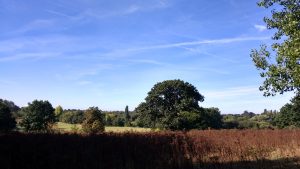 It was perfect running weather- sunny but cool from a gentle breeze. Fab.

How do you get back to running/exercise after a break? What is your ideal weather? After this muggy and hot week I am quite looking forward to some cooler and crisper days.