In July I did the Awesome Virtual Running challenge of running 100 miles in July, and I managed a total of 116. I wasn’t going to do it again, but then I saw the September medal… 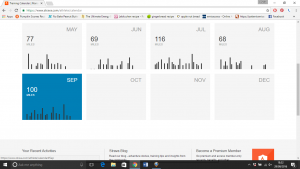 Well, I managed it by the skin of my teeth! After the half marathon I thought I had 9 miles left, and we did just under 4 on Tuesday (the club run), but it turned out that after that I only needed 7 in total during the week, and I was feeling pretty tired on Thursday so I did just over 3 to make sure it would go over. Phew. 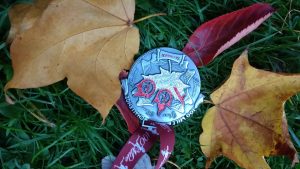 The medal came today, and as I had to go out and collect some leaves (as many teachers will understand) I took a photo next to the leaves. Although, for some reason it’s upside down and each time I rotate and save it, the original comes back again. Anyway, I love the medal.

The October one is Halloween themed, and the November one is pretty cool with a spinning rocket, but as I am doing the virtual runner Poppy Challenge in November, I will leave it. I have high hopes for a festive December one, so that might be my next one.