So it turns out that going away for 3 weekends in a row, plus a very busy time at work means that blogging gets a little neglected at this time of year. I’ve been meaning to write posts about various things, so they are just going together in a heap right now. 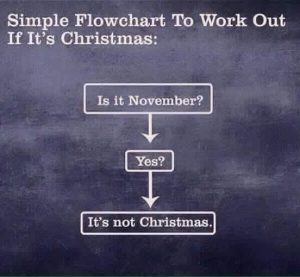 First up- (and yes, it’s out of date because I know it is December now) but why are so many people putting up their decorations in November? Near where I live I spot a lot on my runs, and it seemed that the second people took down their Halloween things they were up with the Christmas ones. Now, I do love decorations, and I love having the fairy lights on, and candles lit, and all the lovely things that go with it. But now for too long. In the new year it is good to clear them away and feel free of all the clutter. I think if I put them up too early I would be fed up of them by the time Christmas comes around. Just me? 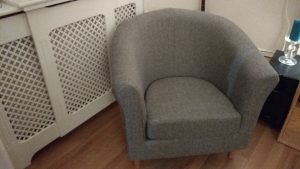 My new armchair finally arrived! I had some John Lewis vouchers and so I bought this for our living room, as we only have one sofa and now we have more space. But I think it took about 6 weeks from when I ordered it to when it finally arrived. Now I need a cushion- I was going to get an owl one, but then Andy spotted some cool Totoro ones on amazon, so now I can’t decide. 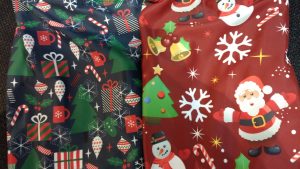 Thankfully after the nightmare I had on Black Friday with the leggings (as a reminder, they were going to be delivered to 8 Bus, Hatfield) they actually arrived, so I’ve got two pairs to rotate during December.  I’ve worn the blue ones a couple of times, but the red ones get their debut tomorrow in a Festive Five race. 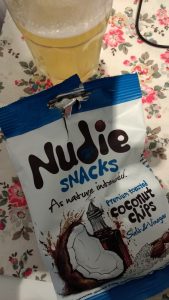 I LOVE these (this was a post run snack with some nuun)- I love salt and vinegar anything, and although it sounds like it won’t go with coconut, somehow it does. On offer on Ocado at the moment so I bought a few packs. 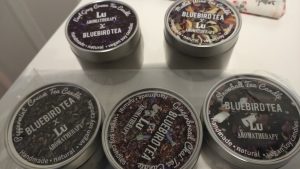 Exciting news– Bluebird tea sell tea-scented candles. I bought one a while back to see if I liked it (you can probably guess by the photo that I did). I had the Earl grey cream one as I love that tea. When we were in Brighton a few weeks ago, we found that they also do festive scented ones- the mulled wine one is lovely- it smells of the spices and quite citrussy. The three pack had a snowball candle (coconut and chocolate), gingerbread chai (my favourite rooibos tea) and peppermint cream- Christmas shopping turned into some for me, some for presents… 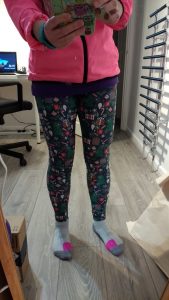 Back to some running. So my festive leggings had their first outing on Tuesday with my club run. They are fab although they have no pockets which is a bit annoying (I did know this when I bought them to be fair). I was umming and ahhing about signing up for the December 100 mile challenge. In the end I signed up, mainly because I am close to 1000 miles for the year. Although I am now 10 days in and still have 81 miles to go to make it 1000 (and 77 to make 100 for December) so we shall see how that goes. I am not convinced that I will manage it, but we shall see. I was a bit panicked and had signed up to marshal at parkrun this morning, so I got there early and did 4 miles (well 3.5 around and to my marshal point, and then 0.5 to get back to my car) (another excuse to wear the tights)- just keep chipping away.

I tried to include the tights in the photo but my arms aren’t long enough and I am not a selfie stick kind of person.

I also borrowed some jingle bells from work, and then it turned out that Ellenbrook has a load of instruments and clackers in the box with the signs- very cool! It was good fun jingling the bells at all of the runners, plus my point was at the end of a loop, so I saw all the runners twice (they do the loop and when they got to where I was, they turn back to the start, and the second time they run past in the other direction).  After running back to my car I changed in the sports centre as we were meeting Andy’s family for brunch, and I put the bells in the boot. Every time I went over a speed-bump they jingled!

On Thursday evening we went to see Moana, and I have been singing the songs ever since- they are just brilliant. The film was wonderful too- such a beautiful film to look at (the hair- just be amazed by the hair) and a great story.

Have you seen any good films lately? Or started to watch any Christmas films/ shows?  When do you put up your decorations?