Last Sunday we drove up to Peterborough with Andy’s family. After a dinner at Bill’s we were off to see Elton John. 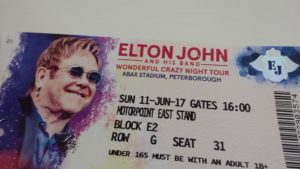 It was the perfect evening- the sun was shining and it reminded me of the perfect festival slot as the sun is going down. 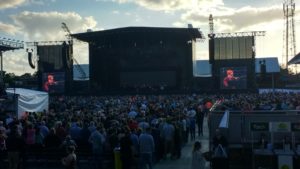 He played for a couple of hours solidly- very impressive. I’m not the biggest fan but there are some I love (Rocket Man being my fave). I was hoping of course for one of The Lion King songs, but alas, that was not to be. 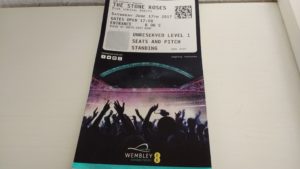 This Saturday we headed to Wembley for The Stone Roses. Last year we went up to Manchester to see them as they hadn’t toured for years (I’d seen The Seahorses at T in the Park many years ago, but never all of them) and then this year they come to London! 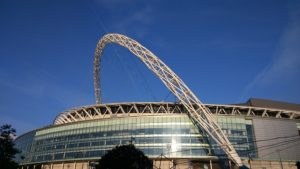 It was a total scorcher! We got there about an hour before they were due to come on stage so we went to get an iced tea from Starbucks before heading in. 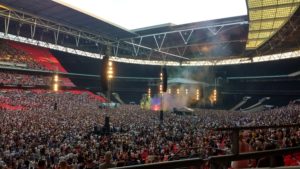 Warning- a little moan coming along. Security was of course very high (even at the Elton John concert last week every person was scanned with a metal detector, all bags were searched and no food or drink apart from small bottles of water was allowed in).  I had to be tapped down before I could go in, searched with a metal detector and had my bag searched, and then tagged to show it had been searched. 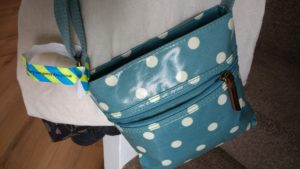 So how come all these flares managed to get in? There was a huge problem with flares at the one last summer, and in fact Ian Brown had a go at the people saying it stopped other people seeing the stage, and stopped him from seeing the crowd. All through the concert people kept letting them off. If you can smuggle a flare in, surely a knife can also be brought in? The smoke totally blocked the view of the stage- selfish idiots. 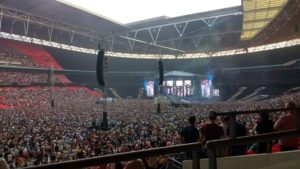 Thankfully for some of the concert the view was clear- I know I can just listen to the music (or watch the big screens, but to be fair they were often blocked too) but I like to see them on stage and not on a screen- it feels more “live” to me that way. It was brilliant anyway- they don’t have a big back catalogue so they pretty much played every song you could have wanted.  She Bangs the Drums always used to be on my running music playlist and of course everyone in the stadium was singing along at the tops of their lungs- fantastic.

We also found out the answer to a question from last year. When we arrived in Manchester it seemed everyone was wearing bucket hats. We wondered if it was a Stone Roses thing or a Manchester thing. Well, at Wembley, despite there being a few people selling them outside, it seemed hardly anyone was wearing them. 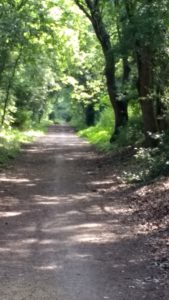 On Sunday morning I headed out for a run along the old railway line. The first mile is fairly exposed, but it was shady after that thankfully. I decided to do 6 miles, and just before my turn around point a fox was wandering about on the path ahead. (Fear not, I told him I was off to tea with a gruffalo). 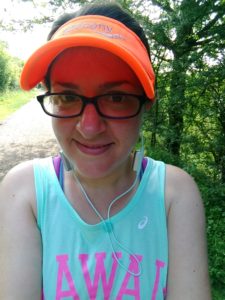 I was melting by the end- bleurgh! 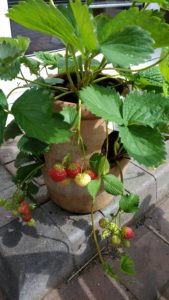 After a shower and breakfast (including some freshly picked strawberries) we drove up to Hitchin Lavender farm. 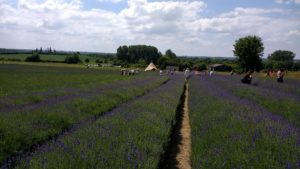 For £5 you were given a paper bag and some scissors and could pick your own. 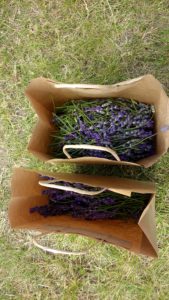 I was trying to put all of mine in the same way, whereas Andy was just piling his in any which way. 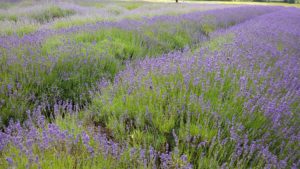 It was really pretty- it’s early in the season so I can imagine that in mid-July it will be amazing. 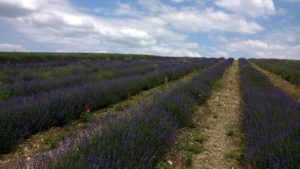 It was so hot though (it was 30)- after a good hour outside we headed in to the cafe for cold drinks and home-baked goods (we shared a piece of lavender shortbread and a piece of courgette and avocado cake). 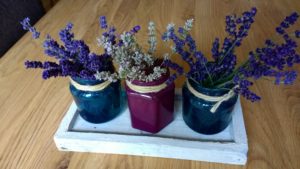 I put some in jars when I got home. (Andy’s parents made this for us at Christmas- the jars are for tea lights but I thought it would look good with the lavender too). 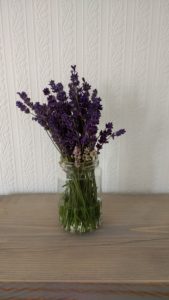 Have you ever been to a lavender farm or a pick your own farm? We always used to go to pick your own fruit farms when we were younger but there don’t seem to be that many around any more. Do you like live music?