Seriously, I don’t understand the appeal of wallpaper- it must be a pain to put up with mixing the paste and measuring the paper and making sure it goes up straight, not to mention lining up any patterns. I think we were lucky as our last place was a fairly new build, so when we decorated we just had to paint over the old paint. 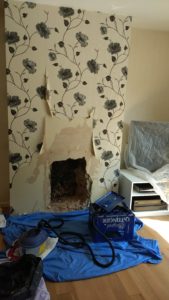 (Ignore the big hole- we’re having a fire put in next week). Luckily my parents have a steamer so I had hours of fun this week – the wallpaper is so thick that it has to come off in two layers, and the top layer is woven which makes it a right pain. We are most certainly not going to be putting up wallpaper- the walls seem nice and smooth so paint it is- then at least if we want to decorate again we won’t have all this faff first. 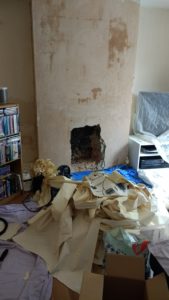 So, what else has been going on this week? 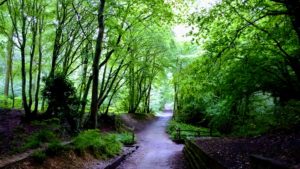 I’ve had lots of nice runs- 5 miles on Monday before a lot of sorting of unpacking/washing and a walk to the shops, and 8.5 miles on Tuesday before visiting my oldest friend (not my oldest friend, but my oldest friend- we went to Nursery together) and her gang of children (5 of her own plus 3 she was looking after..)- it was so lovely to catch up. 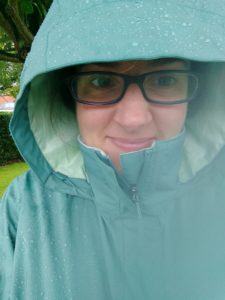 It poured on Wednesday- I think we had a months worth of rain in one day. I needed to post a letter, so I decided to get some fresh air and walked for about 1.5 miles.  I had to shelter under a tree for a bit. 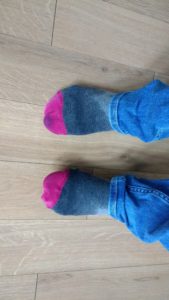 I’d recently had my boots re-soled, and it turns out that they are not water tight against this sort of downpour- I had to change my socks and jeans when I got home. What are you playing at August? 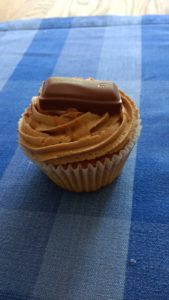 One of my friends was visiting later in the morning and she brought along these amazing galaxy caramel cupcakes (she is a brilliant baker and has a lot more patience surrounding piping than I do!).

Then, as it was still pouring, I decided an afternoon of baking was required. 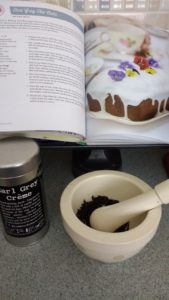 I have wanted to make this for ages- Earl Grey tea cake- it has ground up tea leaves in it as opposed to “normal” tea bread which is dried fruit soaked in tea- this had no fruit in it which surprised me- it did have lemon zest in the icing though. 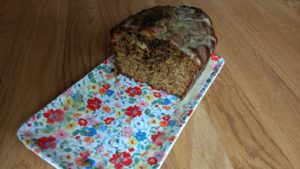 It didn’t have much tea in it, but it’s really speckled inside. I also made two tea bread cakes (the proper ones where you soak dried fruit in tea) for my parents and for Andy’s brother and wife (they’ve just had another baby).

On Thursday after another 5 mile morning run (I have nearly perfected my route now) I went to see my parents for lunch (and to pick up the wallpaper steamer), and had a wander around Heartwood Forest, to scope it out as we were planning on parkrunning there on Saturday. I also managed a big weeding session where I filled our green bin with brambles and assorted twigs. As Andy finished work fairly promptly we headed over to St Albans for dinner at The Waffle House (a waffle topped with hummus, avocado, tomatoes and sweet chilli sauce) and then a walk around the lakes.

Then on Friday it was all the wallpaper stripping. 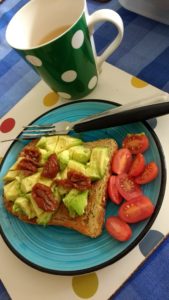 Some fresh tomatoes with my lunch (grown by my parents- and you can never leave their house empty handed) before more pre-decorating. 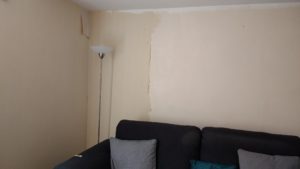 I’ve done just about 3 walls, and the final wall is mainly porch doors so it won’t take long (hopefully)- I’ve saved the rest for Sunday now. 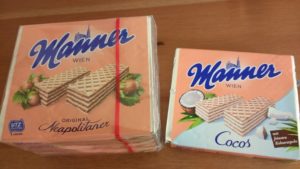 I also had a little post pre-decorating treat of some of these wafers- I love them and bought a few packs from Vienna- basically they are a bit like wafers with nutella inside each layer.

Do you have wallpaper or paint at home? Do your parents like to insist that you take something home with you? Usually I get given eggs, but their hens were eaten by a fox and they got some chicks on Friday but they are not quite old enough to lay eggs just yet. Do you like tea bread or tea cake?

1 thought on “The week where I remembered just how much I dislike steaming wallpaper!”