In my recap I mentioned that we had somewhere to be on the Tuesday morning. Well, it was a trip out to the Botanical gardens because we had our wedding to get to.

It was our 20th anniversary in the week, so everything just fell into place- we looked at a few places abroad but this just seemed the best option (it was legal in the UK, we wouldn’t need to go anywhere to pick up the license first, sunshine, a Disney race…). 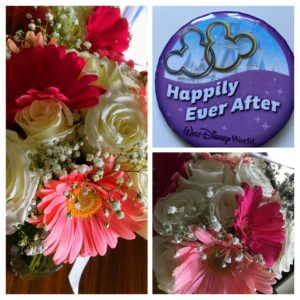 All we had to do was sort out what we would be wearing, and bring the rings with us. (We also had to get some paperwork signed by a notary in the UK so that the licence was ready). In the end I had decided to have someone come to the hotel room and do my hair for me, and the person I chose included makeup (although I never wear makeup, I decided that some light makeup might be a good idea for the photos), and to be on the safe side they suggested allowing a couple of hours, so Andy went off to Magic Kingdom while I was sorted. 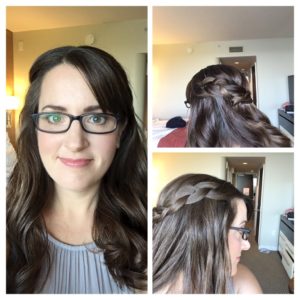 (This was quite funny because I had told her that I have quite thick hair, and when she arrived she said something about how it did look fairly thick, and we looked at a few hairstyle ideas, and then when she started to pin it up she went “woah, there is so much- it doesn’t look that thick”. Luckily we’d left plenty of time for everything and she even finished early.) 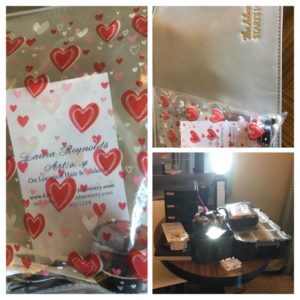 I even got a little touch up kit which I suppose I would have used had I been at an all day event.

We then got an uber from the hotel to the botanical gardens (we did hire a car but didn’t fancy navigating into downtown Orlando and the people who organised it said most couples get one down there) and then met the couple who organised it. They had my bouquet (I’d chosen them in advance) and a flower for Andy, and then we walked into the gardens to the gazebo where we met the officiant. 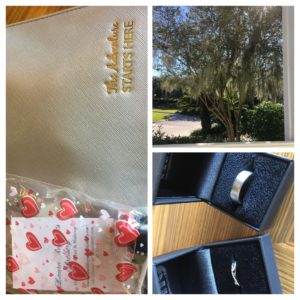 The couple who organised it for us also took photos, so after the ceremony we then had around an hour walking around the botanical gardens for various photos with one of them taking more posed photos, and one of them sort of hiding and taking the more natural ones.  They have all been sent to us electronically so we can decide which ones we might print out. 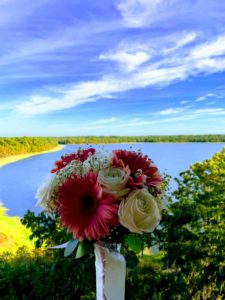 After that, we headed back to the hotel (another Uber), changed into  normal clothes (and I wiped the makeup off and just kept my hair) and we were off to Magic Kingdom!

We hadn’t told anyone, so from then on we had to be super careful about any photos in whatsapp in case our rings were on show (that’s not a good way for family to find out). We told our parents when we got back on Sunday, and then gradually started letting people know- that’s been the hardest bit in a way, because we did it abroad because I didn’t want a fuss and really could not imagine getting married in front of even a few people, but it seems to have created more excitement in a way.

8 thoughts on “And the other reason for our Florida holiday”