I love this time of year. I am usually a busy person, and like it that way, but for some reason at this point I am always ready to just slow down, have a pot of tea in the afternoon, watch a bit of TV during the day or just not worry about rushing about. During term time I feel like I am hardly at home in the daylight so it’s been lovely to sit in the dining room looking out at the garden, seeing all the birds and just letting my mind wander.

I’d been given some lovely Christmas gifts from friends, including this cute “Married in 2018” mug (with penguin socks, because, penguins <3 ). When we had been on holiday in Florida I’d seen this print of Stitch (Lilo and Stitch is one of my favourite films), so Andy had bought that for me, plus some penguin PJ’s and some Ghibli films to add to the collection. We unwrapped our presents on Wednesday evening while watching the Escape to the Chateau Christmas episode to add to the festive feelings. 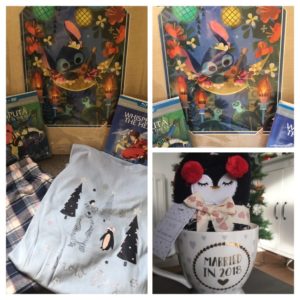 After getting back quite late on Wednesday evening, I pottered around at home for a bit before heading off on a run. To make the most of running in the light I headed down to the lakes. 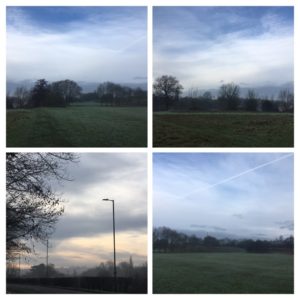 It was a really beautiful wintery day with lovely skies and clouds. It felt really early in the morning but I don’t think I left until about 9.30am! I did around 6.5 miles but had to take it slowly as one of my knees was feeling rather stiff- I had fallen asleep on the plane on the way home so I wonder if it was in an awkward position or something. 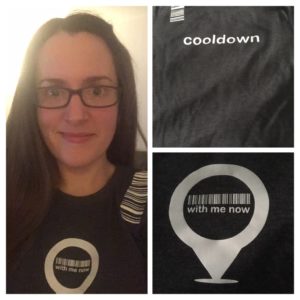 I was excited to find my With me Now t-shirt had arrived (team cool down for me)- it is super soft but I realised I should have got a long sleeved top as I only have a couple of long sleeved t-shirts (one of which is a Christmas themed one) and I like wearing them after a run. So now, do I order a long sleeved one too and then risk never wearing the short sleeved one?

Andy’s parents were coming over in the evening so I did a bit of tidying and sorting (along to the Muppets Most Wanted soundtrack of course), before walking into town for an opticians appointment. Although my eyes were pretty much the same, it turned out I’d had my current ones for over 4 years now so a new pair was probably a good idea (I keep worrying I will drop them and I don’t have a spare pair as the ones I like are the ones with plastic frames and not included in the 2 for 1 deal). Anyway, they had a clever app which scanned your face and then worked out which glasses would suit you. I’d been browsing before my appointment but hadn’t seen any I liked, but in using the app (and explaining that I only like plastic frames as I don’t like the little things that rest on your nose, plus I don’t like thick  arms as I don’t want to feel like I have blinkers on) the lady found 2 pairs straight away that were pretty much the same as my current ones but in slightly different colours. I was a bit sceptical but it was really useful.  Andy’s parents came over after dinner to watch the football. They gave us a lovely bag filled with all sorts of treats including piccalilli (my favourite), pesto and crackers which will keep us going for a while.

On Friday I went out on a long walk first thing, and then headed over to my parents to see family (my auntie and cousins were all going around there). It got a bit complicated because I had to leave in the afternoon to go and get my hair cut (I’d left it late to book and when I asked for an appointment she only had one left until March as she was going on holiday)-also Andy was working so when he finished my haircut was done and he picked me up on the way back to my parents.  It was lovely to catch up with everyone and just a really relaxing afternoon/evening.

Saturday morning was spent at a new parkrun (more on that another time) and then in the afternoon we parked outside of St Albans town and walked in. There were lots of postboxes with decorations on them raising money for some local charities so it was quite fun to spot some of them. 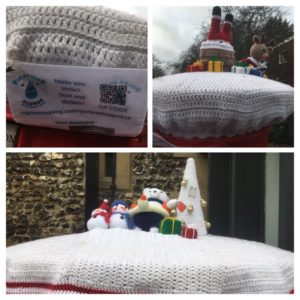 We then popped in to give our niece and nephew their Christmas presents and then headed home. It was a bit warm for the fire so we put some candles in front of it instead- nearly as cosy! We watched one of the Ellen standups on Netflix which was very funny. 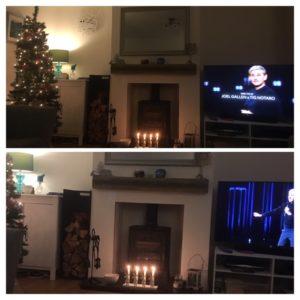 This morning I had another enjoyable run to the lakes and back- I made it a little longer by adding on a small loop at the start so by the time I got home I’d run 8.5 miles. I realised I hadn’t run much further than a 10k for a long time now, and have the Brighton half at the end of Feb so needed to start getting my long runs a little longer. As I got home I had a text to say my glasses were ready so after a breakfast (porridge with meridian mince pie filling stirred in) we walked into town to pick them up. Then it’s been more pottering and the afternoon will probably involve a pot of tea and a little bit of TV.

How do you like to spend your days off?

7 thoughts on “That lovely time between Christmas and New Year”