Because in general, alliteration pleases me…

On the Monday after half term we had some staff training, with the afternoon free to write reports. As I had finished mine, I headed home via town to pick up my free drink and then once home, did a bit of admin, including updating my parkrun touristing page on the blog- now at 63 different parkruns! 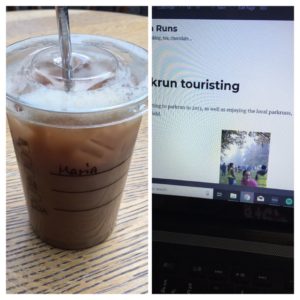 On Tuesday I changed into my running kit at work and stopped on my way home for a run around the lakes. This turned out to be not such a good decision- traffic was bad so I was feeling pretty stiff by the time I parked and got out, and then once at the lakes I got just over half way around and came across a load of geese and goslings. 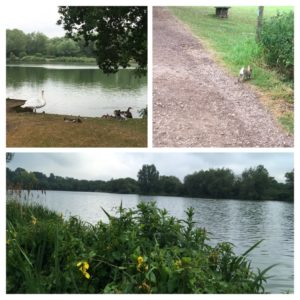 It was the Canada geese, which I usually don’t mind (I find the white ones with the orange beaks are usually more fierce) but these ones kept stepping towards me and looking at me. I stood there for what felt like five minutes (Strava thinks 3 minutes) before deciding to head back the way I had come rather than risk running past them. The path was fairly narrow with water on either side so I couldn’t really avoid them… 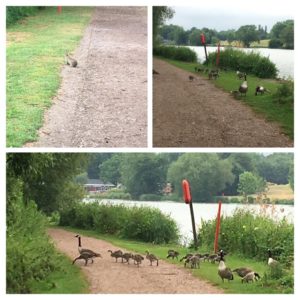 Wednesday was yoga, and as well as the fairy lights there is now bunting up in the garden. We had a focus on connections (to the ground, to ourselves) and it was a tough but really good session (lots of planks, side planks, lunge type things) and when we practised the handstand I was helped by Josie (the teacher) into one against the wall. I am still not confident with this, and my hands go all sweaty because I get so nervous doing it, but I know my arms are strong enough (just about) to hold me, it’s just having the belief and the trust when I am upside down. 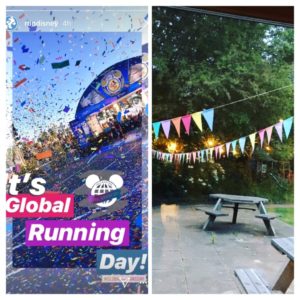 It was also Global Running Day, as Run Disney helpfully informed me (whatever that is…)- in the morning I had to collect a parcel from an Amazon locker so I jogged around there so that I had one mile down for the day. 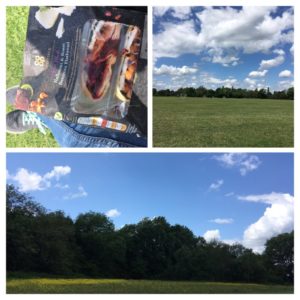 On Thursday I had a course which meant I could leave later than usual, so I went on a run first thing. They don’t supply lunch so I stopped on my way to get a sandwich. At lunch we had to leave the room so that they could set up for the afternoon, so I went and sat in the park and ate my lunch, and then walked around a bit. It was lovely to have some fresh air and to not have anything to do. 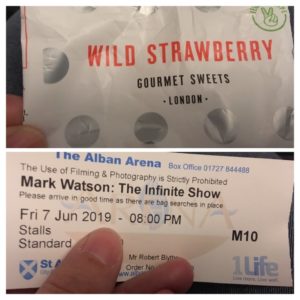 On Friday in the evening my parents had got tickets to see Mark Watson, so after dinner at home I drove back over to St Albans (with some Candy Kittens in my bag in case I fancied a snack). He was quite funny- thankfully gentle humour and the sort that you don’t mind seeing when sat next to your parents!

Are you a fan of geese? Do you like going to see stand up comedy? I am always worried about sitting too near the front in case the person starts talking to you, but thankfully in this show he’d left out postcards for people to fill in, and only mentioned things from that, so it was safe!

4 thoughts on “Geese, global running day and getting outside”