Well, the weather this week has been “interesting” for running in!

Monday was so windy, and I did wonder if a run was a good idea, but it seemed OK- Andy told me to stay away from any big trees (hard when you live in a garden city) and I did see one big branch that had fallen down. 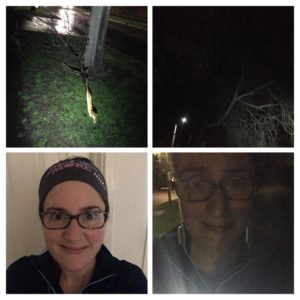 I tried to record a video while I was running but it didn’t sound very windy even though it seemed like it was howling in my ears and I kept having to turn up the volume on my podcast. Anyway, once home I felt a lot better!  4 recovery miles in the bag (and with that wind no chance of running any faster!). 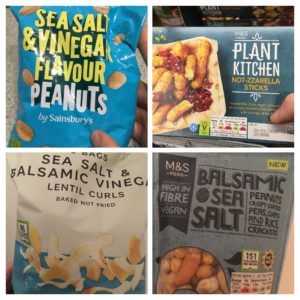 On Tuesday I stopped in town on my way home as I wanted to get a few bits. Also it was raining hard so to get up my steps I walked around the shopping centre for a bit. I ended up buying a few more salt and vinegar snacks to add to my collection ( I love the KP nuts but they are so strong I always burn my mouth on them so I am trying to find a good enough replacement…). I also saw these non dairy mozzarella sticks and ended up getting those too. I should not shop when hungry!

Wednesday and it was back to yoga! Oh how I have missed this! I was feeling super stiff, but we were eased in with some work on backs and twists, we used balls to roll on our feet and tennis balls to roll under our shoulders, and as usual I left the class feeling miles better. Home to cosy penguin socks and my peppermint cream candle. 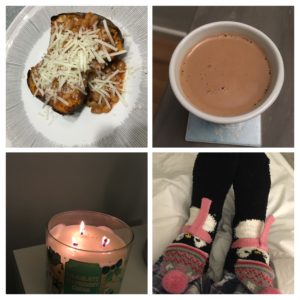 Baked sweet potato and beans, plus a hot chocolate after my Thursday night run, and a candle and cosy socks after yoga

On Thursday we had a training session after work, close to where we used to live, so I decided to change into my running kit after school, before driving to the course, and have a run around the business park after. 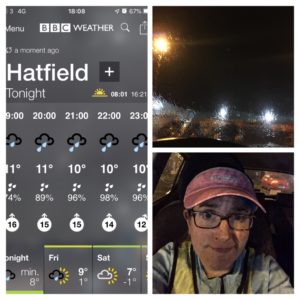 When the course finished it was raining really hard, and I sat in my car for a bit pondering whether I should just go home, but of course once I started running I felt so much better, especially with my fave parkrun podcast for company. 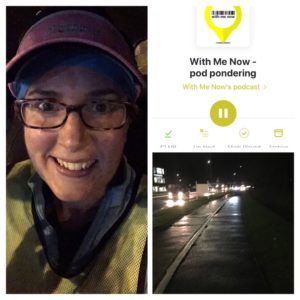 I have missed running on those pavements so much! They are wide and flat, with no potholes, they are well-lit, and have nice big cycle lanes too. I warmed up and then did some lamp post intervals, and then headed back to the  car. I was just under 4 miles and would usually round it up, but I knew I was running late so left it at that. Andy had put sweet potatoes in the oven, but when I got home it was a bit of a rush (the course finished later than I had thought  it would, so the time estimates were out)- I had the quickest ever shower! 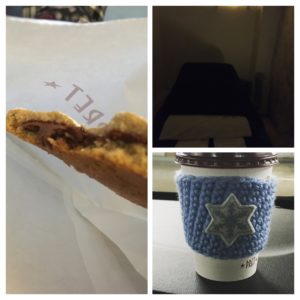 On Friday I had a massage which was so badly needed- so much crunching! I popped to Pret to get  a drink and could not resist one of their filled cookies.

On Saturday we went to Jersey Farm parkrun- my dad and brother were off to the football so had to leave by 11am, so we headed there as it was the closest to them. 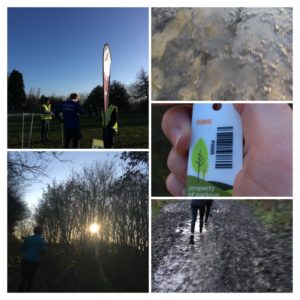 It was a beautiful frosty morning and we walked a lot of the way on the road because the pavements were still icy and slippery. The actual park was super muddy- back to how it was a month ago when you just have to accept that your feet will get wet and just go for it with the puddles. 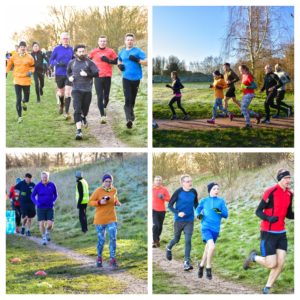 They had two volunteers taking photos so there ended up being a few of us (not together). Once finished we jogged back home and all showered super speedily before Mum made us some pancakes. Delicious as always.

Then after stopping to get some bird food and random things for work, I helped Andy with more wallpaper stripping. We are still doing this in our hallway- it takes so long and now some of the wallpaper has been painted (why?????) it takes even more goes to get rid of. 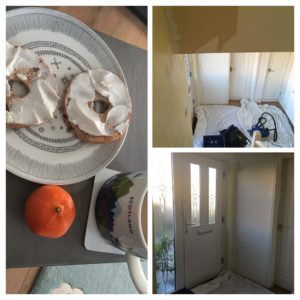 A quick bagel for lunch before more steam stripping, and then once dark we headed into town for a look at the festival of lights, celebrating the centenary of the town. 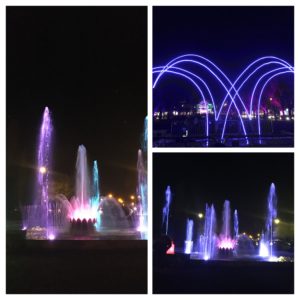 There were various light installations around the town, with live music going on, and they had added more fountains to the main fountain. It was quite pretty and the town centre was heaving so it seems like it worked pretty well. 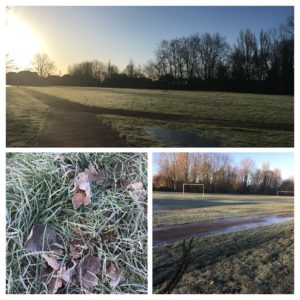 On Sunday morning I headed out for a long run- it was so frosty and lots of the pavements were slippery so it was good I was planning a slow one! I was aiming to do around 11.5 -12 miles, but when I got home I was nearly at 13, so I headed around the block to make it a half marathon. It was such beautiful running weather (but absolutely freezing) that I decided to make the most of it- it could be back to the wind and rain by next weekend. 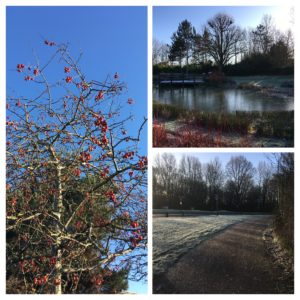 I even did some yoga when I got home. I was pretty thirsty and added a bit of lime to my usual coconut water with a pinch of salt- very refreshing. 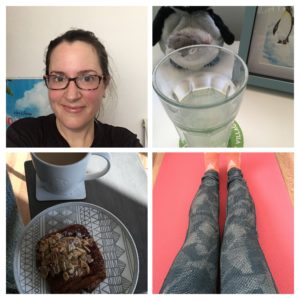 As I’d been to town on Friday I had popped into Gail’s and bought us chocolate  almond croissants- so tasty.

The rest of the day was spent doing work, popping out to see Andy’s parents, having a little walk to stretch the legs (feeling OK) and watching some TV.

Which kind of weather do you prefer to run in?  Do you have favourite run routes or places that you really enjoy running in?

5 thoughts on “Runs in the wind, rain and frost”