So, since my last post we seem to have caught up to the rest of the world and are actually taking this pandemic seriously.

Last week was a weird one to say the least. 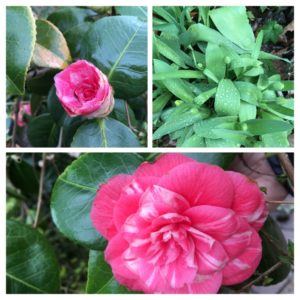 On Saturday after parkrun, I did some gardening and pottering around the house.

I had some messages from friends about my Bath&Body works obsession and how I was right all along- I don’t have too many hand sanitisers but they have to last until the next America trip! 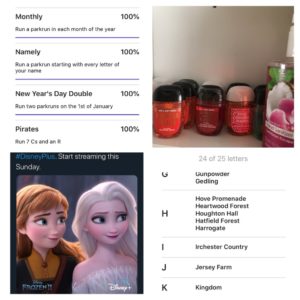 I also got overexcited because Disney announced that Frozen 2 would be on Disney+, but this turned out to be USA- we have to wait a bit longer here. And of course it was very satisfying to see the I gap on my list of parkruns finally filled! 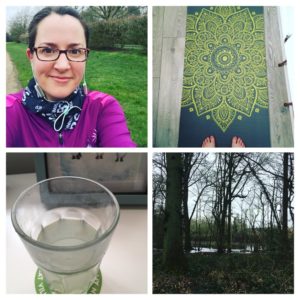 On Sunday I went out on a long run, thinking it might be my last one for a while. My half marathon had been called off (of course) and so I am just going to keep things ticking over as long as this is allowed. 10 enjoyable miles followed by some yoga.

On Monday things moved quickly as my parents thankfully decided to properly self-isolate. My mum has a few health conditions and when she gets a cough she usually has it for several months, so they are going to try to minimise that as much as possible. I had popped to Aldi on my way home to get some frozen fruit, and while I was there I had several panicked messages from Andy (my phone is always on silent) asking me to come home because of the news. It’s safe to say that will be my last visit to a shop for many months to come.

On happier news I got my parkruniversary email! I don’t think I’ll be able to celebrate at an actual parkrun any time soon. I also do not like all the traffic information signs- around here they all say something like “For COVID 19 visit NHS, remember to wash your hands”- being reminded of this while I am driving to work to be exposed to a hotbed of germs is not good for mental health (I took the photo when out on a run). 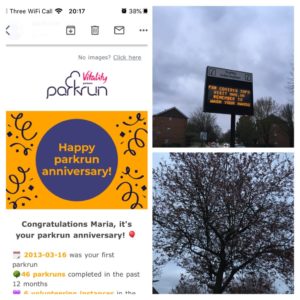 The situation with my parents meant that my brother came to live with us for a bit (he delivers medical supplies to nursing homes and various places so he’s out and about a lot) while my sister set up their spare room for him on a more permanent basis. 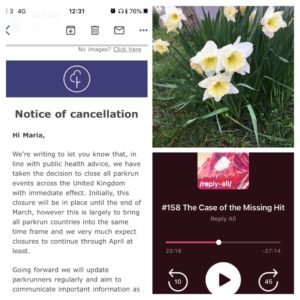 The parkrun email (as expected) came through the day after my anniversary email- it was totally expected but still a bit sad.  To take my mind off things, Andy had recommended this podcast (Reply all- the case of the missing hit)- it was all about a guy trying to track down a song that he remembered, and it was really interesting. A good thing to listen to to take your mind off current events for a bit.

Things at work got busy too- we were madly prepping in case of school closures being announced, and had speedily arranged training for using Google Classroom.  But we didn’t know anything for sure, so we could not really plan ahead for anything (in fact I had my planning time on Wednesday afternoon and spent the time planning and prepping resources for the next week- what a waste of time that turned out to be!). I am not going to get overly political, but the announcement on Wednesday that schools were closing did not seem to be thought through, particularly as we were not actually closing to certain children, but no-one in the government had thought that maybe having the list of critical workers in advance of the announcement might in fact help schools organise this a bit better….

Yoga of course was off- we are going to be having lessons via zoom from next week (we are having a lesson on Thursday of this week to learn how to use it). I did manage a couple of runs- both of around 3-4 miles (one with my brother). On Wednesday night our Ocado shopping was thankfully early- we usually book a slot the night before, but we had to book this slot around 10 days before, and the only one we could get was 11-midnight. My brother starts work at 6am (and in fact 5am on the Tuesday as they had an extra meeting) and our living room door has glass panels and is right by the front door, so we were conscious of disturbing him when it arrived. 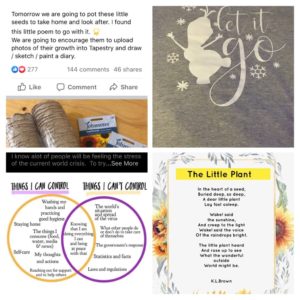 On Thursday night things got weirder because for a lot of children in my class, it would be the end of school for we don’t know how long. I saw a little activity with sunflower seeds, where they can take them home and care for them, and we harvested sunflower seeds last summer so I had a load, so I decided we would do that to celebrate our last day.  I wore my Frozen top to remind myself to let go of things I cannot control and found a helpful Venn diagram to remind me of what those things are.

I thought I was doing OK at Friday, but at the end of the day some of the parents came to say a little goodbye, and it just suddenly overwhelmed me and I ended up crying. It’s always sad at the end of the summer term to say goodbye to your class, but you are prepared for it, and so are they. They have grown up enough by then to be ready for their next year, and as a class we would have done things about changes and moving on. This just felt so sudden and also so much unknown. To cope with it I am really imagining being back with them around May half term, but with exams being cancelled it seems like it might go on for even longer. 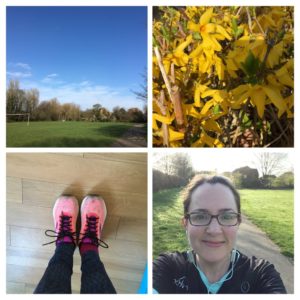 I didn’t set an alarm on Saturday but I was up early anyway. I went out for a non-parkrun, around the local streets and park, and was home and out of the shower before the parkrun quiz started. I even had time to make a cup of tea and toast a hot cross bun. I think it’s a good idea for them to do something at 9am, because they have asked people not to go to parks at that time but the trouble is (as we have seen with the going to pubs/ panic buying toilet paper) people always think the rules apply to everyone else and not them.  It was quite fun- there was a link with a google doc to fill in your answers. 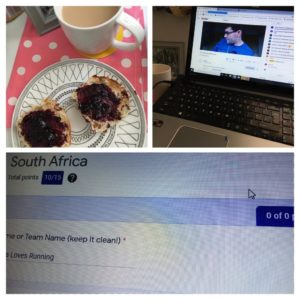 I knew a few of the questions (eg the first parkrun in Wales) but some of them were just guesses (such as the most common surname). I got 10/15 which I was pretty pleased with, but it’s all for fun, and nice to have a bit of online parkrun community as the real thing wasn’t available.

The rest of the day was spent doing a lot of cleaning (we can’t expect our cleaners to visit at the moment because it’s non-essential work) and a lot of sorting out. My brother moved over to my sisters house, so we could have a tidy up there too (he’d been sleeping on a mattress on the living room floor so we’d had to move some furniture around to get it all to fit). We had a walk later in the day to get some fresh air, and that seemed to be a quieter time to head out. 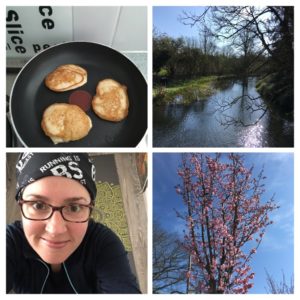 On Sunday I went on another long run- around 10 miles. It was good to be out and I pretty much avoided people, apart from one family who crossed the road to be in front of me, so I had to cross to the other pavement to avoid them. Eye roll. I made us some pancakes for breakfast and then I had a lot of work to do- I am sure I will get the hang of it, but I’m not very technical and setting work and uploading things to google classroom was taking me a while, and of course trying to think of things that parents can do with their children, taking into account the fact that many of the parents will be trying to work from home too. 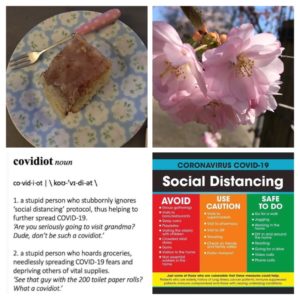 When sorting out the freezer, Andy found a box with some slices of cake in it- hooray! It turned out to be very tasty lemon cake. Of course I could not escape the pandemic, but this new word of covidiot did make me chuckle- I am sure we can think of a few. The social distancing grid was helpful, although  it suggested going for a drive. Have we forgotten the climate emergency in all of this? Never just go for a drive!!!

How have you been adjusting to this new way of life? Are you able to work from home?

2 thoughts on “Adjusting to the new normal”