After the Brighton half I had a fairly quiet week. My legs felt OK on the Sunday but were very stiff on the Monday so I did a lot of foam rolling, mainly in front of the TV but also looking at the beautiful sunrise.

On Tuesday it was my niece’s birthday so we met up with Andy’s family after work, then I had to go and get some petrol and a bit of shopping, and once home I made us some pancakes. 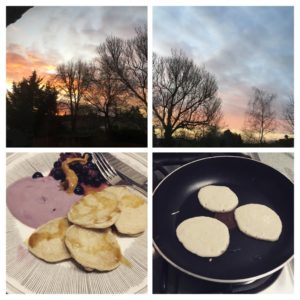 I can only make the little ones, my Mum makes proper crepe ones but I just can’t do them, not sure why. They were quite pale, but tasty (with  some fruit, yoghurt, peanut butter and maple syrup, because it’s all about the toppings!). 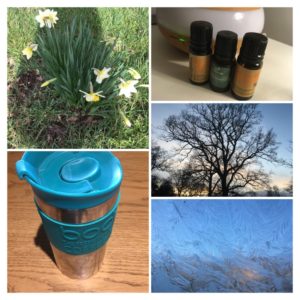 Daffodils on my walk, oils in my diffuser to help me sleep, sunset view and icy windscreen

On Wednesday I had a short run to stretch out my legs- I felt better but also I still felt very tired. I’d gone out on a walk at lunch time too. Andy requested pancakes again, and this time I remembered to include the banana that I had forgotten about on Tuesday. I have this lovely buckwheat pancake mix where you just add a little milk and oil (eggs are optional but I didn’t use one), so I mashed the banana and added it in- they turned out really well. 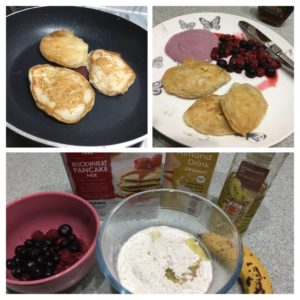 On Thursday I did another 3 miles and it was so much colder than I expected. Yes, it had attempted to snow in the morning, and had settled a bit on the grass, but it was gone by lunch time and I thought  it had warmed up more than it had. 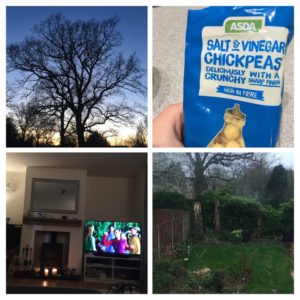 We have been re-watching Friends at the moment and it was the episode where Rachel and Phoebe go running. (I also got these salt and vinegar chickpeas in Asda- not as nice as salt and vinegar peanuts but pretty good. The best salt and vinegar snack was the Sainsbury’s popcorn but they stopped doing that so I’ve been on the hunt ever since.) 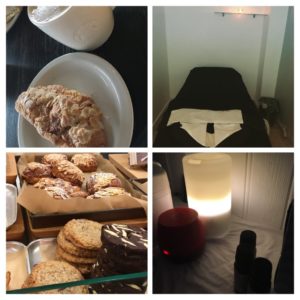 On Friday I had booked a massage at my regular place- my shoulders had been very tight after the half marathon (no surprise battling the wind). I popped into Gail’s after and they had chocolate almond croissants so I picked up a couple of our Sunday breakfast, and also went to The Pudding Stop. 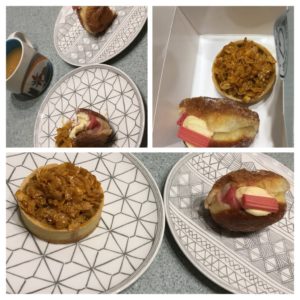 Cornflake tart and rhubarb doughnut- both very tasty (we had half each).

Did you have pancakes last week? Favourite toppings?