For the past few weeks I’ve been getting up early on a Saturday to do a run, so I can be out of the shower in time for the parkrun quiz, and last Saturday was no exception. It was officially the last weekend of the holidays, but of course (apart from Andy being off work) it felt pretty much the same as every other day. 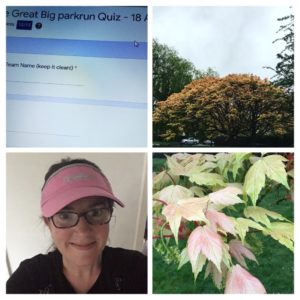 The quiz at least helps to make it feel like the weekend, and gets me in a parkrun mood. It was raining when I went out so I didn’t see many people. I did see one guy walking his dog- he was coming out of his front door so I had to do a last minute swerve and said good morning, to which he replied “have a fantastic run” which I loved! I did well in the quiz too- 13/15 which I think will be very hard to beat as each week I know a few (and this one had a round on parkrun lingo, which was pretty much taken from TPS and WMN podcasts, so I knew those) but there are always some you have to guess. 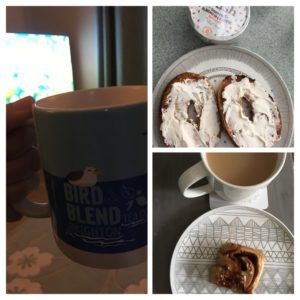 I’d been experimenting with the sourdough starter and found a cinnamon roll recipe, so I’d made them the night before and we baked them for breakfast- they were pretty good. It was a day for jobs- a bit more decorating, a bit of gardening and a bit of cleaning, and then a treat for lunch as we had ordered the most gorgeous cream cheese (Nush- made from almonds) so we had bagels for lunch. So good.

It was my mum’s birthday so we had a nice long chat on the video Whatsapp- seeing them instead of just hearing them on the phone was a nice change and felt more like a catch up than being passed from one to the other on the phone. 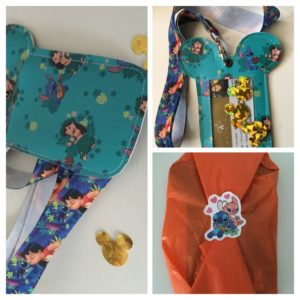 I had ordered this pass holder for my DLP annual pass (we got them for each other for our Christmas presents this year)- I won’t be actually using it any time soon (although they have been good and said that for each month of closure, another month will get added to your pass, so I guess 2021 can be the year of Disneyland Paris for us instead.

We’ve tended to watch a film on Saturday night, so last week we watched Misbehaviour which was really good (and then took several steps backwards by seeing what all the fuss was about with the new Netflix show (Too Hot to Handle, which is awful and only saved by Desiree Burch and her hilarious narrating).

And now I know the way to Panshanger, that is my new Sunday morning run. 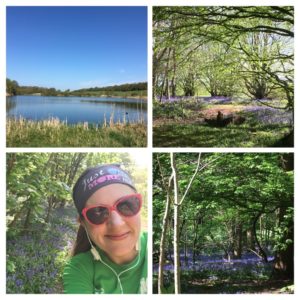 Last week I did a non-parkrun sandwich. The way I run there now, I end up at just after the 3km point on the route, so I decided to run all of the route (I did the diversion through the fields at the  end which we do when the bridge needs repairing, because it’s a narrow path for that bit otherwise, and minus the final zig zag through the field, just going straight through the car park and to the start again), doing the final half first, and then the first bit to join up with my exit to the park. 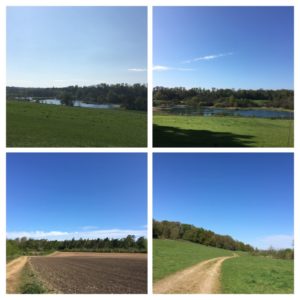 It was another glorious day, and I saw a few runners, cyclists and walkers, but there was only one part where it was slightly narrow and I was coming up behind a walker, so I just walked a way behind them until it opened out again. It’s so much nicer to run on the soft ground too, rather than constantly running on the tarmac.

When I got home Andy was in the garden so I went out to chat to him for a few minutes and ended up standing in some fox poo- we could not even work out where it was in our garden- I’d only worn those shoes a few times. Grrr those foxes are pesky. Cue yet more trainer-washing for me to do! 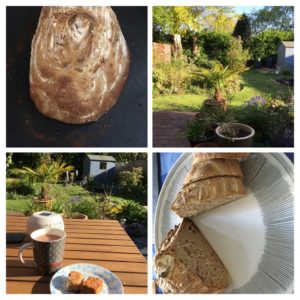 The rest of the day was spent doing jobs in the garden, sitting in the garden listening to a podcast and having some tea, and catching up on a bit of TV later. I’d made some sourdough the day before so we had it for dinner with some soup- it was delicious.

Whilst I won’t be going to a parkrun for a while, at least I can keep a bit of the routine, and also visit one- I think a run to Ellenbrook is not possible because the pavements are just a bit too busy going in that direction.

Have you managed to keep your weekdays and weekends apart? After that I was back to work so at least I had that to differentiate between the days.