Last week I was back in work (instead of working from home). I managed to keep my routine fairly consistent though which I was pleased about. 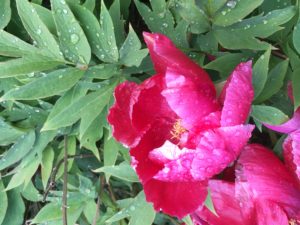 The weather had taken a turn for the worse! On Monday I did some yoga in the morning, and when I got home we headed out on a walk. The skies were very dark in one direction and we ended up getting soaked! 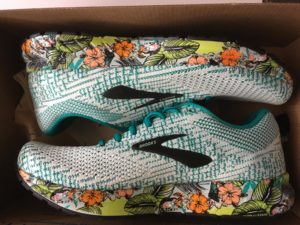 I had ordered some pretty new shoes so decided to wear them to brighten up the day a bit! Not so happy with them getting wet on their first day of being worn… 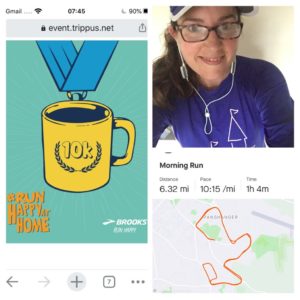 The weather was forecast to be rubbish all week, so even though the streets probably would have been quieter had I waited until getting home for my run, I decided to go out first thing. This meant getting up the wrong side of 6 am so I was back and out of the shower in time to get to work.  I did 10k on the Tuesday for the Brooks Run Happy at Home medal- the cup of tea was perfect for the weather too! 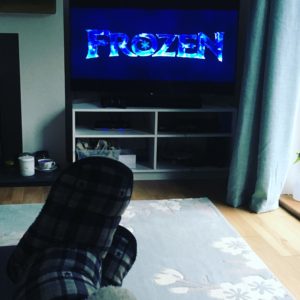 I got so cold during the day (as we keep the doors open so people don’t have to touch the handles) and I had to drop some things off to my parents on my way home, and ended up standing at the end of the drive and having a chat with them- only for about 5 mins but I was just freezing once home. So it was a blanket, cup of tea and a movie- Andy laughed at my choice of Frozen (won’t it make you more cold?) but it was a good film to watch to feel cosy. 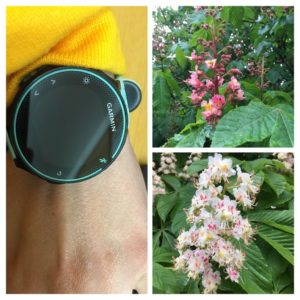 On Wednesday morning I did a shorter run- this time it wasn’t raining for most of it. I thought I’d charged up my watch, but once back it was saying 1% battery. I charged it while I was having a shower and breakfast, but I didn’t want to be without it at work. At around 9.30 I looked down and saw that the screen had gone off- the horror! And then I never realised how many times in a day I look at my watch or fiddle with the buttons to see my steps! When I got home it charged up while I watched a bit of TV, and then had my weekly yoga class via zoom a bit later.

I’d been looking on Strava and I’d gone over 100 miles for the month a week ago. I would usually do 4 runs a week when I am at work, and 5 in the holidays, but often they might be 3 or 4 miles long. I’d often have a walk in the same day, but now because it is either a walk or a run, I am making the runs a bit longer to make the most of being outside, so they’ve tended to be 5 miles or longer. Over a few weeks those little extras creep up. Anyway, I went back through, and my highest monthly mileage was back in 2015 when I was training for the Brighton marathon-  I managed 132 miles. Looking at my total, I only needed to do 3 miles and I’d beat it. I went out for 5 miles, to total 135 miles for April. I am not sure I will get that high again for a while! 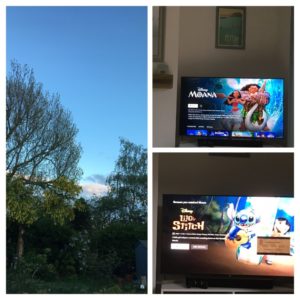 When I got home I fancied another film, so this time put on Moana for the opposite weather to Frozen! I just love those songs. When it finished it recommended Lilo and Stitch to me- I mean a good choice because I love it, but I only watched it the other week! Although I could have got up a bit later, it was made it feel like I had some bonus time when I got home. Although I would have to get up a lot earlier for a run before normal work (a combination of the traffic being lighter and our caretaker opening up later means I don’t have to leave until around 40 mins after I would usually leave).

The rain even cleared away by 8 o clock so we didn’t get soaked for the clapping! 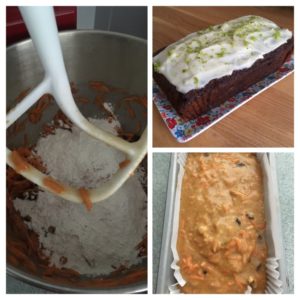 On Friday I did some yoga in the morning- I’m working through the Yoga with Adrienne 30 day challenge, only I am only doing it a couple of times a week. I do like it though- this was a stretch session and really satisfying. When I got home we went on a walk, and then I made a carrot cake  for my birthday (at the weekend). I also did a lot of the cleaning jobs that I usually do on a Saturday, so I didn’t have to do them on my birthday.  The cake took a lot longer to cook than the recipe said, and we couldn’t cook dinner until it was done so it was a rather late meal in the end- we had planned to watch a film but started watching the new series of Bosch instead.

How busy are the streets near you at the moment? What films or TV have you been enjoying recently? Do you keep track of your mileage? Have you been running more or less recently?

6 thoughts on “A rainy week and my highest ever mileage month!”