So I mentioned a while ago that I had noticed an old postbox on one of my runs (an Edward 7th no less) after it had been mentioned on the With Me Now pod. I have tended to stick to the same routes on my runs- a sort of out and back through some fairly empty residential streets, or the longer run through the woods to Panshanger. Because of all the news about parks reopening, I figured Panshanger would be busy so I decided I would plan a different route.

My parkrun top had arrived in the week and I could finally take it out of quarantine, so of course I had to wear it on Saturday morning. 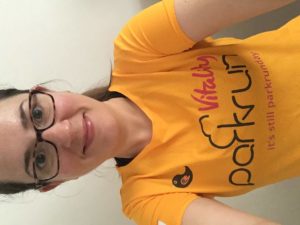 I could not decide on the wording for ages, but in the end went for “it’s still parkrunday”- because even without parkrun being on, that is what Saturday is. 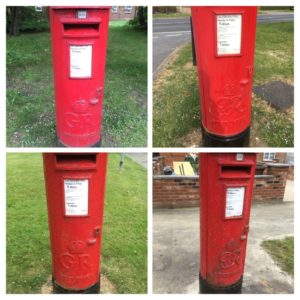 I saw quite a few postboxes- loads of GR (5th) and some GR 6th- they seemed in better condition than the ER ones for some reason!

At one point I was running along a pavement and a fox was running towards me. I was about to go in the road to avoid it but luckily it ran into a driveway. 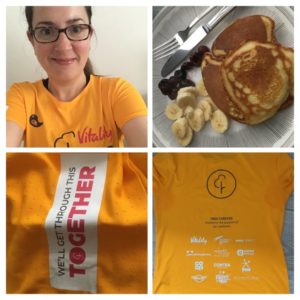 After doing the quiz (9/15 this week) I made us some pancakes for breakfast and then we got on with more garden jobs. 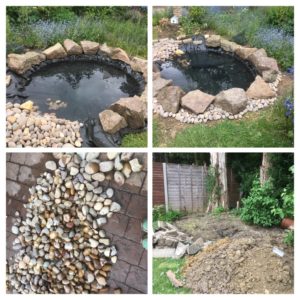 Project Pond continues! We were weighing the liner down with bricks, but these rocks have been dotted around our garden, some buried under soil or plants, so we’ve been gradually digging them up and moving them. We put them around the pond and then used the pebbles at one end to make a little ramp for any wildlife (I could pretend I was on Brighton beach when I was sorting  the pebbles into size order). Also more digging up of the horrible bit at the back. 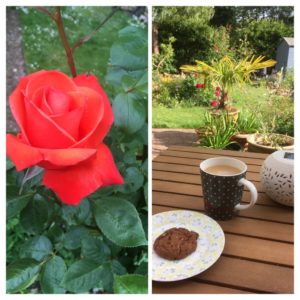 And of course some relaxing in the afternoon. One rose has started flowering and it really is such a bright colour that in the evening it looks like it is glowing. 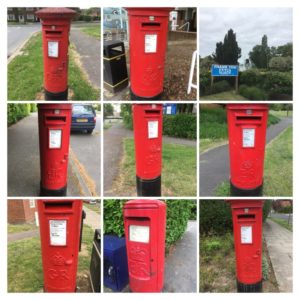 Top right – the fountains are blue to thank the NHS

On Sunday morning I did a route I’ve not been on for ages, to avoid the park and to take in more post boxes. I think I need to head out to some of the old villages near me to get the really old ones.  I ran through the town centre which felt surreal because I’ve not been there for so long (over 2 months). Most of the shops are shut of course, but I was surprised by how many people were out and about. 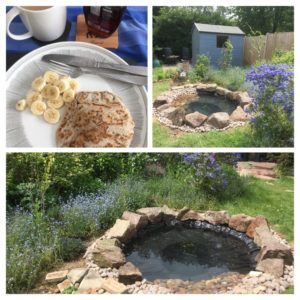 I had a rather delayed breakfast because when I got in the shower, the hot water wasn’t working. It turned out that something in the attic needed resetting which Andy did- phew. As it was warmer we did the pebbles in the pond (too cold on Saturday to be sticking your hand in the water). I also made my best sourdough loaf yet. 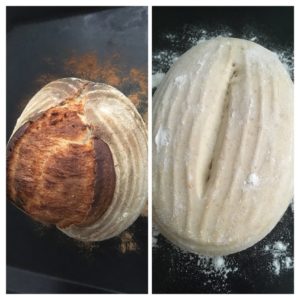 Although I need to work on the slicing because it still really exploded in the oven.

Have you bought an apricot parkrun top and if so what did you have written on it?

2 thoughts on “A weekend in the garden and having fun with postbox bingo!”