Last weekend started as always, with a run (listening to WMN), the parkrun quiz (10/15 that week) and then pancakes. 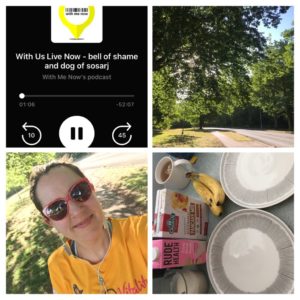 The weather was lovely first thing, but it soon clouded over. Never mind, a good time to get on with all the weekend jobs (cleaning, tidying, washing etc). Early afternoon we decided to have a walk, as there was a higher chance of rain at 4pm. As we were out we could see huge dark clouds in the distance and heard a few rumblings of thunder. We got home, washed our hands and then the heavens opened. It was crazy, with torrential rain, hailstones and lightning overhead. I don’t mind rain, but I was very glad we were home before that! 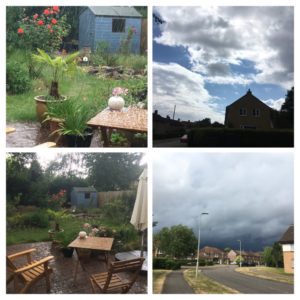 I made some rosemary roasted nuts (from the Fearne Cotton book- so many fab recipes in there) and then we settled down to begin our project- the WDW Lego castle. We listened to a podcast while we worked, and basically finished the first layer. 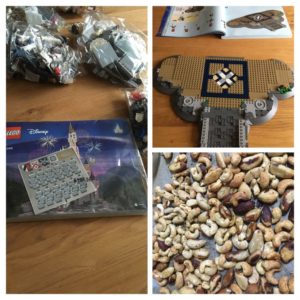 On Saturday night we watched The Lovebirds (with Issa Rae and Kumail Nanjiani), which was a comedy film (reminded me a bit of Game Night) and quite funny. 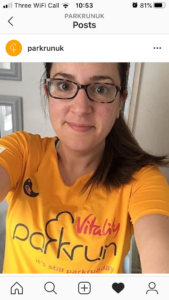 I also found out that parkrun UK used one of my photos (in my new apricot top)! 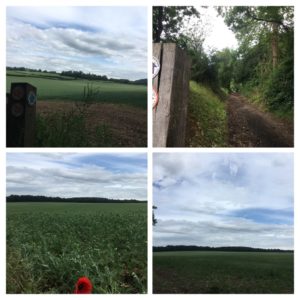 On Sunday I decided to run a bit more of the WGC 20/20 route. I went past the golf course and then instead of turning right (like last time) I followed the signs left for around a mile before turning back on myself, and finishing the loop. I found fields and woods only a few miles from home that I’d never been to. 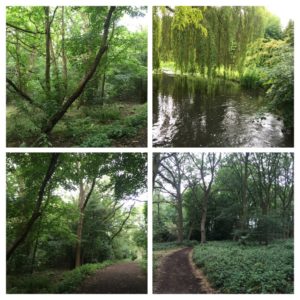 Once home  (and I’d had a shower and breakfast) Andy’s parents popped over to sit in the garden, although sadly after around 30 mins it rained so they had to go home.  I was a bit worried about it, because of being back at work (in an enclosed space with children, exposed to all the germs from those families etc) I feel I am now more likely than ever to have picked it up, but it was their choice and we made sure to sit a long way apart.

I made some Chelsea-style cinnamon buns (a sort of mixture of two recipes, using the dough from the cinnamon bun recipe and adding in the dried fruit filling), and we had one in the afternoon after a few garden jobs.

In the evening we finished watching The last Dance, and then somehow the weekend was over.

Do you have any weekend rituals or routines at the moment? Do you tend to stick to the same routes or do you like exploring new areas?  I have such a bad sense of direction that often I have to get out google maps on my phone to work out where I am, and I also worry about accidentally ending up in a field of cows or something. This 20/20 route is fairly well marked with only one confusing part (a sign for a public footpath but then closed gates in front of houses with no clear path through).

2 thoughts on “Exploring new paths and starting a new project”