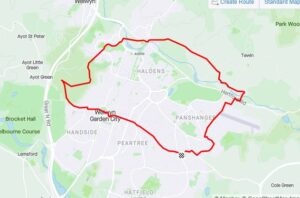 My Sunday run- anti-clockwise and then back through town

As I hadn’t run too far on the Sunday (8 miles) I decided to do a longer run on the Monday. I had completed some of the 20/20 route and then come back through town, so I retraced those steps through town and re-joined the route, completing it over the 2 days. It was a beautiful day, but actually not too hot which was perfect for running. 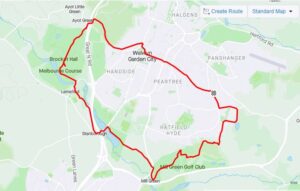 Monday run- up through town to where I had stopped, and then carrying on anti-clockwise 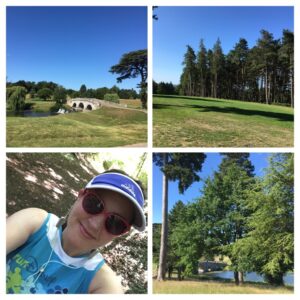 Once home I decided to treat myself to a hair hot oil treatment- they are a bit of a faff because you have to wet your hair, put the oil in and then leave it for a bit of time before washing, so I sat in the garden and had breakfast while it worked it’s magic. 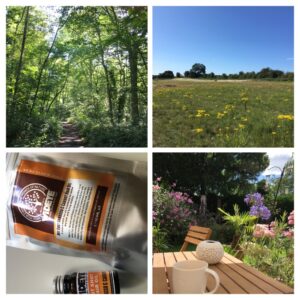 I had a list of jobs to start working through (booking my MOT, doing some gardening, general cleaning and washing) but I made sure to have time to sit in the garden in the afternoon too. 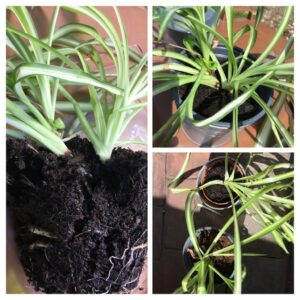 One spider plant looked a bit big so I tipped it out, divided it into 2 and re-potted, so now I have 2. 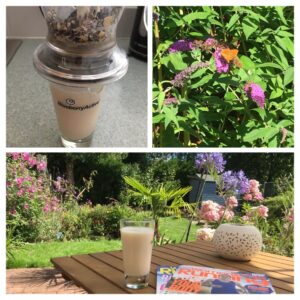 On Tuesday I headed back into work to sort out my classroom- trying to move the furniture around to make it fit the September guidance. I had ordered a click and collect from The Pudding Stop as we have been craving a dessert from there recently, so after finishing at work I parked out of town and walked in. 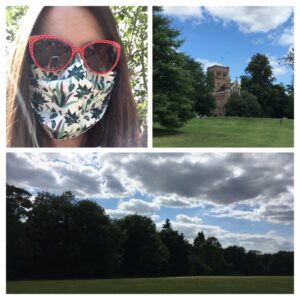 That was a really bad experience. St Albans town centre was rammed. There were some “keep left” signs but there were so many people it was impossible to do, and they have not shut the main road to cars, just a small side road, so you could not easily avoid people. My order wasn’t ready until 3.30, so I went and sat in the park for a bit. Thankfully the park was quiet. I put my mask on to wear when picking up my order (someone asked the other day why I did that when they weren’t compulsory at that point- this was the Tuesday before the Friday that we had to)- but this just seemed such a weird question. If something is good manners (I wear a mask to protect others) and is deemed a sensible precaution, why not do it as soon as soon as you are able to (eg once you have a mask) ? This article (which is about masks in schools) had some interesting points about how it can help stop the spread and also change behaviour. 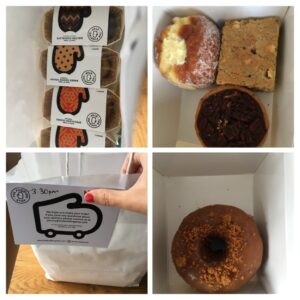 Our freezer is now very well stocked including biscoff baked cookie dough desserts- although we did share the doughnut that day because it wouldn’t freeze I don’t think.

The click and collect was fine (you can see into the shop from outside so you know it is OK to enter, you pop in, say your name and they put your bag on the counter shaped like a big cartoon mouth, and that’s it) and as I walked back through town I kept my mask on. This seemed to make others give me a wider berth. Perhaps they are being considerate, or perhaps it’s a subconscious signal that things are not back to normal. I also wanted to see what it was like to keep it on for a bit, as we are hoping to go to Disneyland Paris but you have to wear a mask the whole time which could get uncomfortable. I think when I first put it on I did feel a bit claustrophobic, but I got used to it after a bit of time. I wasn’t sure how it would work with my glasses, but if I tuck it under the glasses then they don’t steam up. 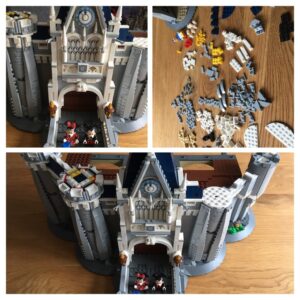 We did a bit more on our Disney castle, although the Florida one has now had a paint job so it won’t match. It’s coming together, and it’s been really enjoyable to put on a podcast and work together on building it.

On Wednesday I was planning on going out for a run first thing, but Bird&Blend were having a Christmas in July sale launching at 9am, so in the end I decided to order a few bit first before going out. Poor them, their site crashed (they were very apologetic as they had been working with their developers to get it ready)- so it took a bit longer to check out. It was really warm by the time I set out and I was glad of the shade in the woods. Once home I could at least sit in the garden and cool down. 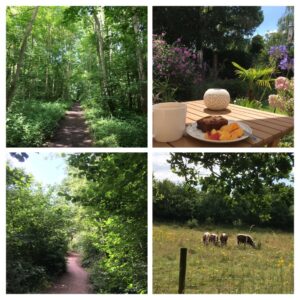 Our tomato plants are doing so well, so I had some with my lunch (mini pitta- I don’t like using the toaster at work so I am making the most of lunch at home) and also joined in with the butterfly count in the afternoon. 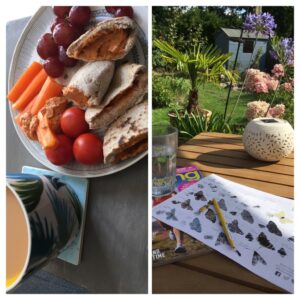 We of course had to eat some of the Pudding Stop treats- this is a biscoff cronut and was really tasty (and sticky). 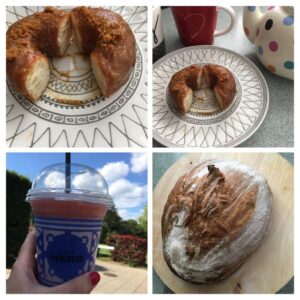 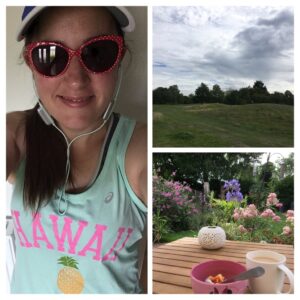 From Vitality we use to get Starbucks drink each week, but that switched to Caffe Nero in the lockdown, so they had replaced it with ordering coffee beans online (which we would not use as we don’t drink coffee). As more of their shops are open now, they have started the reward up again, so we ventured into town (WGC not St Albans) to see how busy it would be. It was actually fine- again I put my mask on before I got to town as I think that made people give a wider berth, but it was not too busy. In the cafe you could see inside, see the floor markers, and it was all contactless (eg the voucher is on the app). I was surprised that some people were actually sitting inside (with many rules including only sharing tables with people in your bubble, which I don’t think people are adhering to?) and the tables were spaced apart, but that is a step too far for me at the moment. 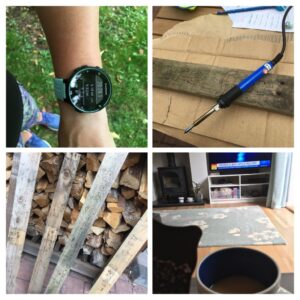 On Friday I decided to have a go at the not parkrun, as my Saturday morning runs are chatty ones with no worries about time. I did a warm up, 5k and then around a half a mile cool down, and got my fastest not parkrun of 29:29. I spent the rest of the day pottering around at home, watching a bit of TV in the afternoon and having a go at making some signs for our outdoor area at work using my wood burning pen and the wood from an old pallet. On Fridays we’ve been watching a new episode of Queer Eye (we can’t burn through them too quickly)- feelgood TV at its best.

We were chatting the other day about the queues for things that have reopened, (eg McDonalds having 2 hour queues and traffic jams, the queues for gyms reopening) and I could not think of anything that I missed that much that I would have to be there right away. Andy mentioned parkrun, and I suppose that would be the only thing, although when they re-start there won’t be 2 hour queues. Although I can’t see that happening for many months to come.

2 thoughts on “Week 1 of summer-venturing too far”