My Dad had decided to run 16 (not)parkruns in October to celebrate their 16th birthday, and on the final Saturday of October I headed over to run his 16th one with him. 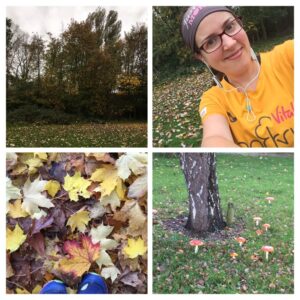 It was great to see him complete it, and to run together too. He usually does a fair bit of cycling, and maybe 2 or 3 runs a week, so it was a challenge for him to get them all done. The weather played ball and we enjoyed our final run together (for a while). 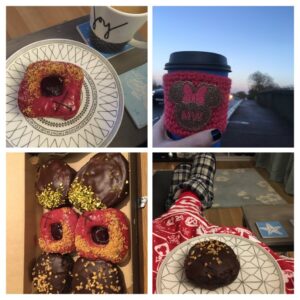 Of course we had those amazing Crosstown Doughnuts to work through, and walked into town for a takeaway drink and to stretch our legs. 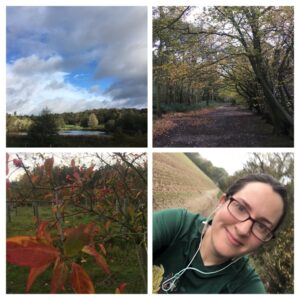 I ran to Panshanger on the Sunday, in a Disney top to pay tribute to the Run Disney weekends we’ve enjoyed in the past 2 years (although in fact this year the Disney Run weekend was the weekend after half term, so had we had gone, it would not have matched up with the run dates). 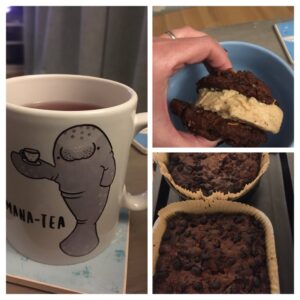 When in Disney for our wedding day and our anniversary we had shared an ice cream cookie sandwich, so for posterity I made the  Pret chocolate cookies, and we had them with some ice cream. I also made some Christmas cakes as that’s usually an October half term job but they were in the oven a bit too long and I think need re-doing.

Then it was back to work. One of my best work pals has a balloon business, and so gave me this cute Disney balloon for our anniversary- it’s still going strong 2 weeks later! 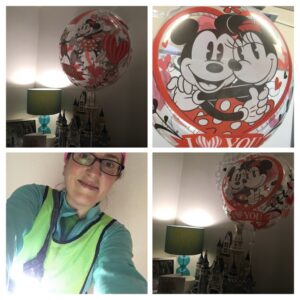 All was as standard apart from no yoga on the Wednesday as we had a late meeting. Runs on Tuesday and Thursday (in the dark-boo- why do the clocks have to go back still???), and walks on the  other days. 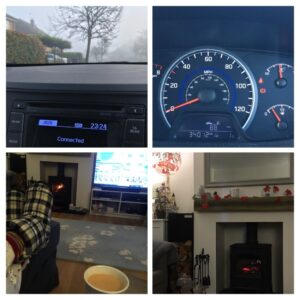 In fact it was lucky I had no yoga on Wednesday because it was a frosty morning, and as happens each year, the tyre pressure warning light came on as I was driving to work. I once tried to sort it myself but ended up panicking because there were people in the queue, I ran out of coins and managed to deflate my tyre instead, so after that incident, Andy helps me! So in the evening we drove over to the garage to check them and inflate them all. On the Thursday morning I had to drop some shopping off at my parents- it was cupboard stuff so if the traffic was bad I could leave it in my car and take it on my way home. As I was driving, I glanced at my car clock and saw that it said 23:20- not even the minutes were right (it was around 7.40 I think). It also said the wrong day (Friday), and then on Friday morning the time was back to being right, but the day said Saturday. I have no idea how it works- it must update by radio because when the clocks change (boo- I wish they wouldn’t) it just changes by itself. I think even my car wants 2020 to be over (and that is with the promising news of the vaccine and US politics). 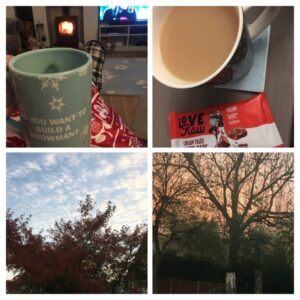 We did have some beautiful sunrises and skies in the week, and the cold evenings meant we had the wood burner on for super cosy vibes.

Did you do any (not)parkruns? Apparently lots of people have done them who have not even done an actual parkrun yet, so that’s exciting news.

2 thoughts on “A (not) parkrun challenge and even my car wishes that time would speed up!”