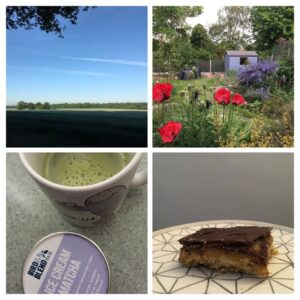 After the lovely weekend with the day out at Wimpole Hall, it was back to work after a great half term break. The poppies were out in our garden, adding a huge burst of colour. 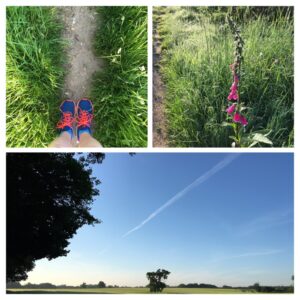 It was super warm, so I got out my shorts for my morning runs. I wanted to say I “braved” wearing shorts, because I do feel a little uncomfortable when I first start wearing them, but that made me cross with myself. It’s hot, so I should wear shorts if I want to. I am not sure what I think will happen, but I just feel way more exposed, even though they are a bit like cycling shorts in that they are longer. Anyway, they kept me cooler but of course meant that any stinging nettles or brambles stung and scratched my legs. The plants have all gone into overdrive so they are all growing across the paths- in some places if you didn’t know the path was there it would be hard to find at all. 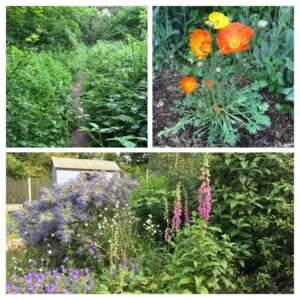 Yoga wasn’t on, so I just had my regular morning runs on Tuesday, Wednesday and Thursday, plus walks on a few evenings too. My knee felt a bit stiff on the Wednesday so I did a gentle 5k and that seemed to help. Not sure why.

On Friday I totally got my hopes up for parkrun returning as they had crossed the line for enough landowner permissions. I’d listened to Free Weekly Timed (I don’t always as I am not massively keen on it) as they had Nick Pearson on there, and he said that although they were awaiting the announcement from the government (which I think by that time we all knew it was being delayed as so many stories had been leaked to newspapers etc), they had some scenarios that meant it could still come back in June.  They have had some criticism for announcing that on Friday, but to be fair to parkrun, the government were meant to announce sooner, so it should have tied it.  I also think that the pressure for landowners to have agreed by that Friday meant that more were across the line. Writing this later, when we know it has been delayed by 4 weeks, I am still hopeful that it will happen then (especially as technically it could have been back in March….). 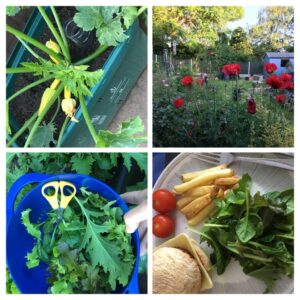 On Saturday I went for a run with my dad, and we were surprisingly speedy- just over 30 minutes which is our fastest (not)parkrun for a long time. We had breakfast in their garden, and then I pottered around at home. We popped out to a car garage as we are still going through the process of going down to one (electric) car. Andy works from home, but my car is a bit too small for a holiday away (it’s fine for a weekend).

Our salad has been growing like crazy, so it was such a treat to be able to harvest it and have it with dinner straight away. You don’t get fresher than that. 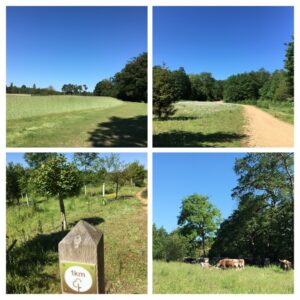 Sunday was of course long run day- 11 miles to Panshanger. I was up early as it was going to be warm, plus I wanted to be back for the football. The cows were finally back in the park, and I was quite relieved that they were all over to one side, sheltering in the shade. I am not a big fan of cows, but these breeds are meant to be very docile so it’s OK for people to walk/run through the fields. Even so, they are huge and have huge horns so I would prefer to be on the other side of the fence! 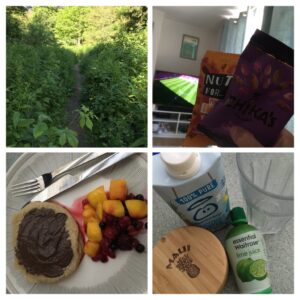 Once home I had a lovely rehydrating drink of coconut water, salt and lime juice, and then made pancakes. A bit of pottering about and then it was time to enjoy the football.

Are you enjoying the football? Do you grow any food at home?

1 thought on “Enjoying the home grown produce and “braving” shorts”