And by that I mean pumpkin spiced tea, baked goods and just general autumn vibes. Not actual coffee! Of course included in that is my tea club (for September- I’m suddenly a long way behind with posts). 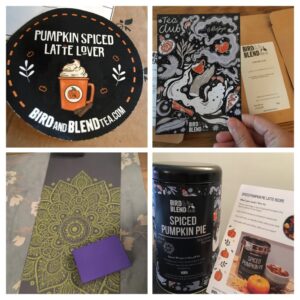 Pumpkin spice sticker on the tea delivery, and yoga set up in the living room 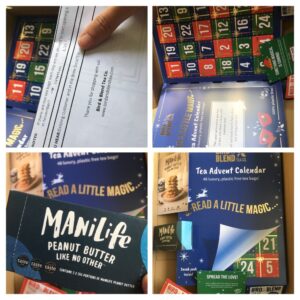 Talking of tea club, my advent calendar also arrived from Bird&Blend- I did ask in the order notes whether I could start in November as this year each box contains 2 teabags, but they said no… (and that Santa would be watching).

I’ve been to a few Sunday club runs on Sundays- this was the one following our parkrun trip to Rushmere. 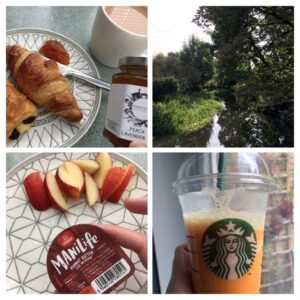 I ran to the station (around 3 miles), met the others, then we had a lovely loop to some woods and fields that I’d not been to before (Welham Green) before I came home. The total was 12 miles and I was quite pleased as my long runs had tailed off a bit over the summer, and with the Brighton half coming up I needed to get a bit more confidence over those longer distances. Once home it was time for vegan croissants (the bake at home Pret ones are so good, plus an Aldi one).

We needed to collect a click and collect from town, and so popped into Starbucks to get a (coffee free) iced pumpkin spice. The colour is always so alarming, but it does taste of autumn (in the best way). 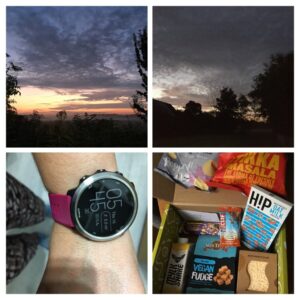 Morning runs are getting darker- a few pretty sunrises, watch showing zero miles on Thursday morning, and my vegan box.

On the Monday of that week I sat very awkwardly doing some work, and my back was super sore. I managed a couple of walks (and some yoga) but didn’t run until the Thursday morning. Thankfully all was fine by then. That’s the downside of the Garmin showing the total miles for the week- not a good reminder if you’ve not run at all. 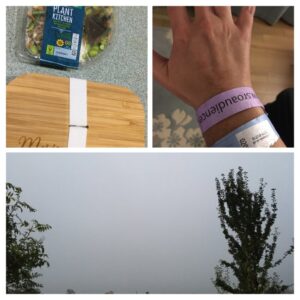 On Friday I did an early run too. I don’t usually run on a Friday, but partly I wanted to as I hadn’t all week, but also I was going to a TV show recording (Taskmaster)  straight from work, so I wanted to get in some movement. I packed sandwiches to eat after, but the recording didn’t finish until nearly 10pm so it was a very late dinner! I was a bit apprehensive about being inside, but the studio was like a big hanger, and there were only 2 rows of seats (with about 10 in each row) where we were sat, and we kept our masks on (they gave out black ones so that if we were filmed it all looked the same). It was brilliant- my mum had been to see Pointless a few years back (as they were desperate for an audience) and they’d been given priority tickets because of that.