Since starting to parkrun in 2013, as well as enjoying the local parkruns, I have enjoyed visiting parkruns further afield. 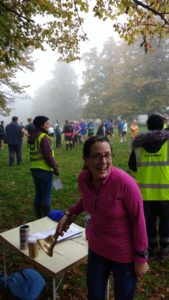 Ringing the pb bell at Tring- my first visit there was set as a course pb so they told me it would count!

I tend to post about each new one I visit, so the links are (will be) included here. Ones I am planning on visiting won’t have links just yet. As I have been to some more than once I’ve put them in alphabetical and not chronological order. As I have been trying to complete all of the Hertfordshire ones I have put Herts by those ones to keep track.

Aylesbury  as a last minute decision

Central parkrun, Burnaby (Vancouver in Canada)- a fab start to our holiday

Clermont Waterfront in Florida to reclaim my USA badge

Colwick for the second run of a NYDD

Dinton Pastures on the way to Bath Christmas markets

Finsbury Park (getting lost from the station)

Gedling (Nottingham)  for the first of a NYDD

Gunpowder for the final tourism of 2018

Lowestoft– my first parkrun back after the pause

Northala Fields  (and the cool spiral)

Poolbeg (Dublin- getting extremely lost and only just making it there)

Valentine’s  two laps of a park on a hot day, ticking off more alphabet letters