So, suddenly after getting back from holiday, it seemed like summer had arrived. Well, the warmth anyway. We arrived home on Sunday morning (I will get around to a recap of the safari because it was pretty special, but that may take a while)- our flight got in around 5am so we were home by 6.30. Because there is only one hour of time difference, there isn’t any jet lag, which after a 12 hour flight was new to me. We had a very efficient day doing lots of unpacking, but I didn’t really fancy a run that day.

My running since then has picked up:

Monday- A loop that turned out to be 4 miles- it was so hot I had to keep on stopping to cool down, as a lot of it wasn’t in shade.

Tuesday- Club run- we had the most awful violent thunderstorm at work, so I thought that our planned 8 mile route would be changed to something shorter, but over this way there was no thunder so we did a hilly 8.3 mile route (normally reserved for a Sunday morning longer run)- it was so sticky and sweaty, and we all had flies stuck to us by the end. Good, but super tough.

Thursday- Attempted a different route which I thought would be shorter than my Monday route- turned out to be 4.3 miles so a bit longer! Again, very hot.

Friday- After work I did a lot of unpacking, collected post from our old place, popped to town to spend my birthday vouchers (got a Sonos for my office), caught up on work, and all before Gogglebox! 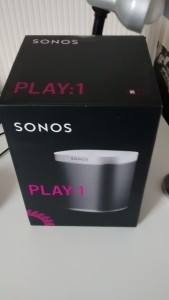 Saturday- A mile run from town, a mainly walk with sprinting thrown in tail run at parkrun, and a walk into town later on.

Sunday- 9 miles in the rain. I tried to use mapometer to sort out a route, but as I went off road around the lakes for a bit, it got confused, so in the end I had to loop around a bit more to get the miles in. I have a 10 mile race in a few weeks time so wanted to make sure I was OK doing that distance still. The rain was refreshing and luckily didn’t get too heavy. We did a bit more unpacking and were pretty much done! Not too bad at all.

Monday- Little walk to the shops after work, avoiding the showers.

Tuesday- Shorter club run. This was fantastic- we were allowed to run in the grounds of Hatfield House as most of the people had passes, and it was lovely to be off road and away from the traffic. The scenery was stunning too- the sun came out and at some points you are running through woodland, but other times it is huge fields of wheat, almost shimmering in the sunlight.

Wednesday- I finally found a loop that is just over 3 miles long! That is the minimum distance that I think is worth a hair wash, and I am not really keen on out and back routes (plus they look so boring on Strava) so I was keen to find a loop. Although I do enjoy running, sometimes if I am tired after work or have lots to do, the temptation is to cut it short, whereas on a loop, once I am on it I keep going (even though I know I could turn around). It doesn’t quite make sense, but I prefer it. Anyway, it was sunny and hot when I left, and as I turned one corner I could see the most enormous black cloud- luckily I was home before it emptied!

Today I have booked onto body pump- this is the first time since I fell over in the half marathon and hurt my back. It has seemed fine, so I am hoping it will be alright although I am going to use very light weights. Fingers crossed!

How have you been coping in this muggy weather? Are you good at finding new walking, cycling or running routes or do you stick to the same ones?