I had already signed up to do the new runner briefing at parkrun on Saturday, and usually it’s a great role to do if you are running. I was walking so much better, and could actually lace up my shoes (that is progress- my lower back had been so tight that putting a sock on my left foot was a challenge and I could not even zip up my boot), but I knew that going from resting to a run was a bad idea. Maybe I did learn something last week! Anyway, Dad and my brother were still running, so they picked me up as per usual. There was a big bunch of volunteers, including some from the new (coming soon) Hatfield parkrun, so after the tail runner (and about 10 late runners) headed off we chatted for a bit. 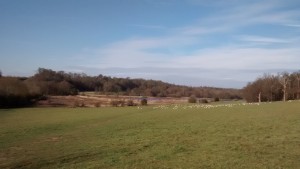 The field of sheep was closed as they were close to giving birth. Sadly several sheep had been mauled by a dog (they had some horrible photos on the notice board)- usually they ask for dogs to be on leads but because of the attack they have closed it. It was a gorgeous day, and it wasn’t long before the lead runner headed back up the hill.

Later we had to collect a parcel and spent a bit of time walking around town (including buying some bargain 59p 4-packs of PB cups- for some sort of baking I think)- I know I am walking more slowly but I think partly that is me being cautious now. I did some baking (banana peanut butter cake) ready for Sunday, and some general pottering, before we had another walk in the evening.

Today was another beautiful day, and we fancied a walk somewhere, but could not make up our minds. Andy suggested Panshanger park, so we drove there for a walk. 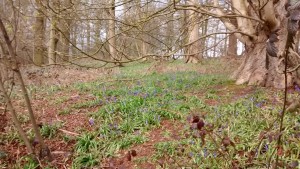 We walked along the parkrun course. Bluebells were starting to flower, and there were so many birds in the trees. 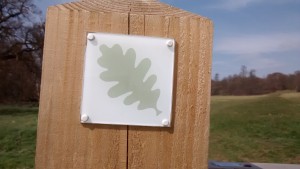 At about 3.5km along the parkrun course, there is a new (ish) path up to an old oak tree, so we decided to walk up there and have a look. There were leaflets in a box on the gate (which you returned at the end) and the walk was marked with oak leaves. 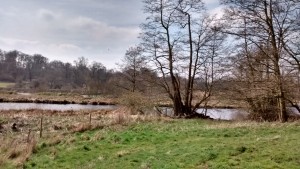 The walk went beside one of the lakes, past a little weir and an old water wheel, and up through a field, eventually into some woods. 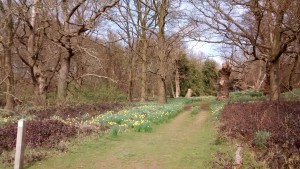 The oak was circled in fence with an information board- it’s around 500 years old. 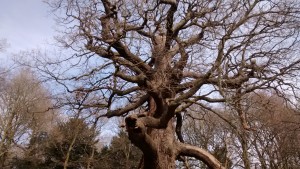 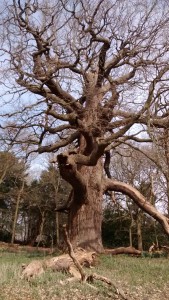 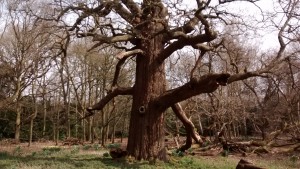 The walk then took us past where the old house used to be- it was sold and demolished in the 50’s which is weird- the photos make it look like a National Trust house and it had quite a bit of history including some royal visitors (Queen Victoria I think), and it was strange to think it was just sold and knocked down. 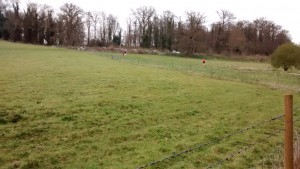 Then we re-joined the parkrun route and headed back to the car park. Why does this never look steep in photos? Someone was running up it so I thought that might show how steep it is! 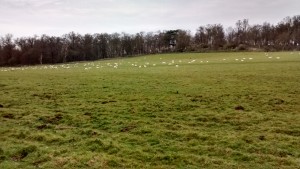 Still no lambs in the field. Anyway, it clouded over a bit as we neared the car, but it was so lovely to be outside in the fresh air. My hip held up well which is a good sign as that was around a 7km walk, and it’s really my back which is worse now- my lower back is still so tight and so bending down to untie my trail shoes was a bit uncomfortable at the end. But I have saved a yoga for hips video to my laptop (thanks to Steph the magpie for that) so I will try that either later this evening or tomorrow.

This sort of park is my favourite- it’s not very busy, there are no toilets or cafe (parkrun has a coffee van there on a Saturday morning) but there are plenty of different walks and loops that you could do.

How have you enjoyed the spring weather? What shall I bake with the pb cups?

8 thoughts on “Two visits to parkrun in one weekend, and no running”