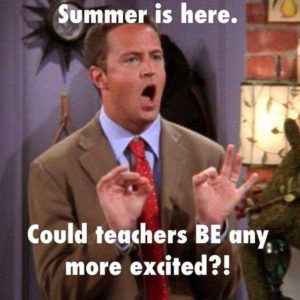 Yes, the summer is finally here! After the parkrun tourism on Saturday I went on a long run on Sunday morning (8 miles), somehow managing to miss all of the rain. I took on the big hill again, and managed to get to the top without stopping which pleased me immensely. 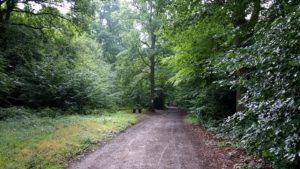 I got a Strava segment “PR” down this path

To celebrate the summer I stopped off at Starbucks (I finished my run in town to get some cash out, and I was feeling very thirsty so after I saw they were open I got an iced tea, although running the final mile carrying it was not so easy…) 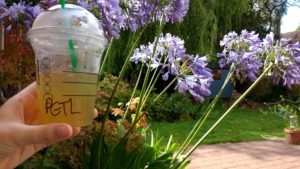 Sitting in my garden after was the perfect treat, and a good way to cool down.

On Monday I was in work for the morning (well, until 2pm) and then we had an afternoon tea for a colleague who was leaving. It was in a garden centre so I had a mooch around the plants outside, as I had arrived early.  It was all very relaxing and a good start to the holidays. When I got home I had a pile of laminating to do, so I sat in the living room watching some of Wild Alaska while I powered through the pile.

On Tuesday I was back in work again for the morning, and then after getting home and having a spot of late lunch, I headed out on a run. I’d mapped out a route (I wanted to get to the big hill from the other side to see about doing a loop)- the map thought around 9.5 miles. 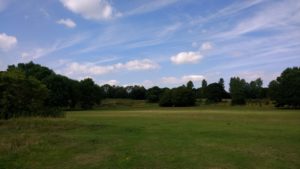 It was warm out- I’d worn fairly long capris and a t-shirt, and within 10 minutes I was wishing I had opted for a vest- I really do not know what I was thinking. 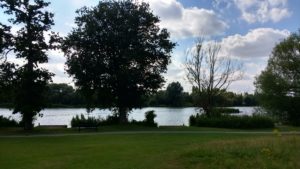 I ran down to the lakes and then, after a little stop to look at maps on my phone (as I nearly headed off in totally the opposite direction) got to the other side of the big hill, to run up it and then down it, before looping back and running up the worst hill ever (it’s nearly 200ft in half a mile and it just is horrible). I do enjoy running I promise!  By the time I got to town I had run 10 miles, and I still had just over a mile to get home again, so I stopped for a drink before running slowly home as a cool down. 11 miles was my longest run for ages- I think since doing the half marathon with Dad at the start of April. I am not good at running far in the summer! I also need to remember that mapometer is not that accurate especially once you go off road.

My new watch is going well, although I am having slight issues with the bluetooth. After it worked so well on Saturday (it uploaded to strava while Mum was cooking pancakes), the app on my phone seems to have a paddy if it loses the bluetooth connection. I spent ages turning the bluetooth on and off, trying to re-set it, and ended up having to pair it again. The Garmin app does seem to have trouble as I had given up synching my vivofit with it (I used my tablet instead) as a newer version just seemed to crash the whole time.  I will experiment as I think it seems to prefer being connected the whole time, but in reality I don’t have my phone in my pocket so even if I go downstairs to the kitchen it will lose the connection, so I am not sure if I should just leave it off until I need it. 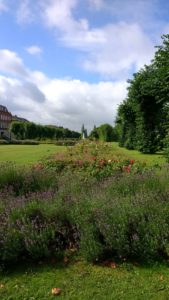 I’ve turned off the “move” alert as it vibrated and made a noise (very annoying in the cinema I would imagine, or a staff meeting….), and then for some time after that it was telling me each time I had an email or a facebook update. I’ve turned that off now too, as I don’t want my watch to be that smart! 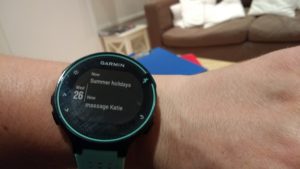 It does, however, still link to my calendar. On Wednesday I’d been out for breakfast with the team from work, and then had a walk for an hour or so, before heading over to St Albans for a massage- I was fiddling with my watch in the waiting room and just seeing “summer holidays” and “massage” on the screen was relaxing! 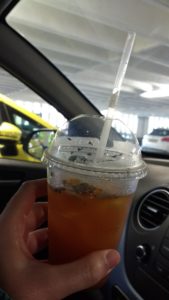 After the massage I thought I would go off plan and try an earl grey and lavender iced tea, but it was not a good decision.  I couldn’t put my finger on why, but it just tasted weird. I had been struggling with a headache on and off for the previous 2 days, so perhaps I just wasn’t feeling 100%. They do a rose and hibiscus one and I think I should have gone for that instead- ah well you live and learn. 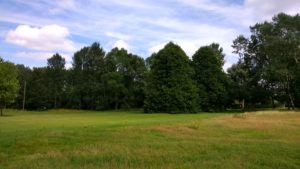 After a 5 mile run on Thursday I had a blissful breakfast (a chocolate and almond croissant) while watching some of Wild Alaska Live. It’s making me want to go to Canada again (and yes, I know Alaska is not in Canada, but the scenery looks like British Columbia with such amazing wildlife). 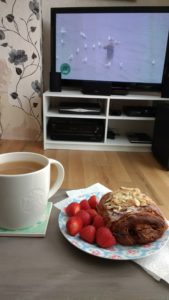 We’re off to Austria for a week and I am not taking my running kit- I am hoping our days will be filled with walks in the fresh mountain air, and of course enjoying anything with marzipan. I do sometimes like to run on holiday but I feel like a break is a good thing (my heel, although not really painful, is still not quite right) and we’ll be keeping active with lots of sightseeing.

Are you a Friends fan? I feel like there is a Friends quote for pretty much any situation. Are you an iced tea fan? I prefer it properly brewed rather than the syrup stuff, but when you are hot and thirsty I am not going to complain. I’ve made some pineapple iced tea so I shall be enjoying that later. Do you like to run or exercise on holiday?

4 thoughts on “The start of the summer! And all the iced tea….”