Last Sunday I had a long run planned. I’d signed up to the Lululemon 40/80 (km) challenge on Strava, which annoyingly started on the 2nd January (so my NYDD plus run between didn’t count). Originally I thought I’d aim for the 40km, but after a few 4 or 5 mile runs after work (instead of the 3 that I had reverted to in December) and my warm up before Panshanger parkrun I was getting closer to the 80. The challenge finished on Tuesday but I didn’t want to leave myself with loads to do as I had two meetings after work so didn’t think I’d get home that early. Anyway, on Sunday I thought at first that I’d run for 10 miles, as I had 29 km left, which somehow I worked out as 10 miles on Sunday and 5 miles on Tuesday. While I was out running I realised my mistake (after working it out a few times I actually had to stop and google 29 km in miles…) and so added on a couple more miles so I totalled 12 miles which meant I would only need 5 on Tuesday. 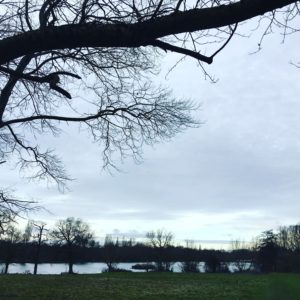 It was a pretty grey day and after a shower I had a lovely bowl of porridge and a cup of tea to properly warm up. 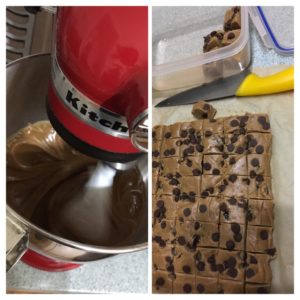 I made some cranberry and chocolate fudge to take into work, and then later on we popped over to see Andy’s parents before an evening at home. 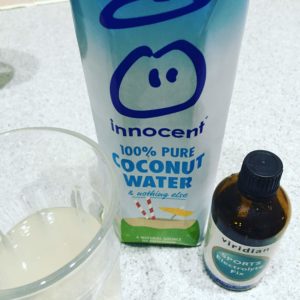 On Monday we had a quick walk in the evening and then on Tuesday I set out to do the last few miles for the challenge. I am quite pleased with how it’s gone, because a while ago I would regularly run 5 miles (or longer with the club) in the evening, but recently I’ve been doing lots of 3 miles and no further. Partly if I get home later I am conscious that if I head out on a longer run then we eat dinner even later, but also some of it has been perhaps taking the easy route, and I think to find myself feeling stronger on the longer runs, I need to make sure that my shorter runs aren’t super short. So it’s been good to get back into the swing of slightly longer midweek runs. 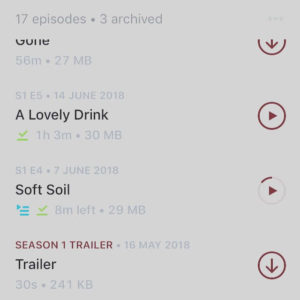 Also what has helped the runs has been the discovery of a new podcast- it’s a true crime one called Teacher’s Pet, investigating the disappearance and probably murder of a women in Australia in the 80’s. It is really well done and reminds me a bit of the first Serial season. I find some podcasts like this hard to follow (I listened to the whole of Murder in the Lucky Holiday Hotel and feel like I still have no idea who did what because it was so confusing), but this one is properly like a page turner of a book (what’s the podcast equivalent of that?).    I’m on Episode 11 as it’s pretty much all I’ve listened to on my commute and my runs this week (with one slot reserved for With Me Now).

So, Wednesday was time to get back to yoga. We had a while off as our teacher went to India for a month, and I was feeling so stiff and in need of a session. We had a lovely getting back into it session, where we did various poses to stretch out shoulders, hips, backs and so on. My arms were so tired by the end- downward dog is usually a bit of a relief but I was struggling a bit by the end. It will come back though.

On Thursday I had to squeeze in a quick run as we had tickets to see Colette at the cinema. The run was absolutely freezing – the kind of cold air where your cheek bones feel like they have frozen solid. Anyway, at least the cinema was warm! I quite enjoyed the film, although it was not how I expected it to be (there is writing that comes up at the end to tell you about her later life, and that was what I thought the film was going to be about). Slightly less disgusting than The Favourite last week!

On Friday the traffic coming home was a total nightmare, and I had to stop at Aldi to get a few bits, so when I finally made it home all I wanted to do was have a cup of tea and watch some TV. I’d seen an advert for a fly on the wall of Hotel Chocolat (on Channel 5) so I got that on catch up and enjoyed it- I do love a fly on the wall! We then watched The Breadwinner, which was really good but not the most cheerful film to watch on a Friday night.

Which podcasts do you never miss? How do you decide how far to run?