On the Sunday morning after our trip to Brighton I didn’t set an alarm, and because of the clocks changing it was much later before I was ready to head out on a run. I didn’t need to run far- the only race I have now booked is the Bristol 10k in May, and I’d felt pretty tired on the Saturday after running to and from parkrun, and a lot of walking around Brighton and Hove. In the end I did 6 miles, which was enjoyable, but very cold! Where had the lovely spring weather gone? 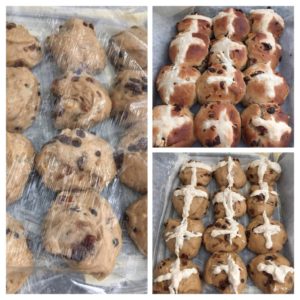 Once home I pottered about, made some hot cross buns ( we were making them at work and I wanted to double check the recipe first) and then we popped over to see Andy’s and then my parents for Mother’s Day and a general catch up. 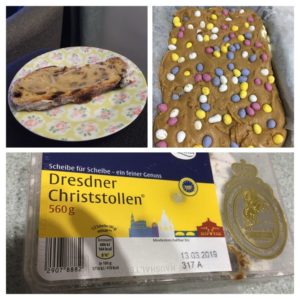 I also made some fudge for work (Sainsbury’s had some mini chocolate eggs, so I topped it with those to make it Easter fudge) and then we discovered the stollen that we brought back from Germany (only a few days past the best-before date, and that’s just  guide right?). It actually doesn’t have marzipan in it (what were they thinking?) but we also bought some marzipan honey at one of the Christmas markets, so decided to spread some of that on to make it back to the best type of stollen. 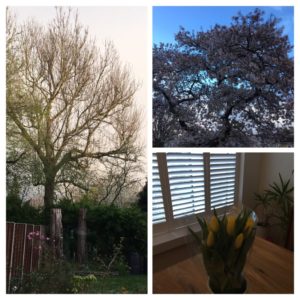 Monday was the standard walk after work/rest day, and then on Tuesday I went on a short run- I was starting to get a cold, but also knew it was my only chance of a run in the week, so took it gently. It was still light (yay) but the actual run felt very tough so I stopped at 3 miles. Andy got me some lovely tulips as I was having a very busy week at work- I love tulips as they always make me think of spring, and despite the colder weather we know it’s here.

On Wednesday I had a meeting all day, including through lunch, and knew I wouldn’t manage my usual lunch walk, so I popped out on a quick walk in the morning. It was just light, and I managed just under 2 miles which helped with the step count for the day (still on my step streak). I was wondering whether to stay at home rather than go to yoga, but in the end decided I’d feel better after, and I’m glad I did. We did a lot of pair work on shoulders which always makes me feel loads better. We also did some laughter yoga which is a bit weird but does make you feel better once you get into it!

Once home I put some oils (tea tree, peppermint) in the diffuser to help with breathing as I was getting more bunged up. 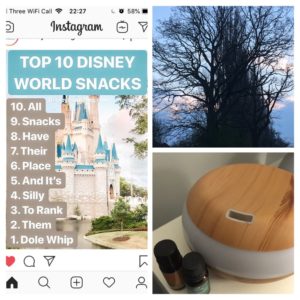 I also laughed at the Disney Food Blog post- yes Dole Whip shall always be the top Disney snack for me.. 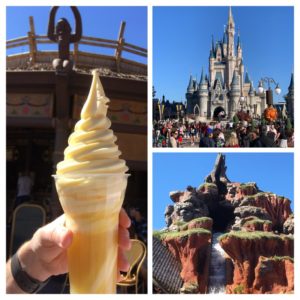 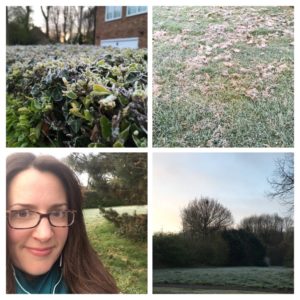 On Thursday morning I had another speedy walk- it was super frosty that morning and everywhere looked so pretty. After work I was helping on a craft stall at a PTA event, had a quick meeting and then was heading into town as our team had booked to have dinner together to celebrate (nearly) the end of term. We went to Pizza Express and then across the road to The Pudding Stop. 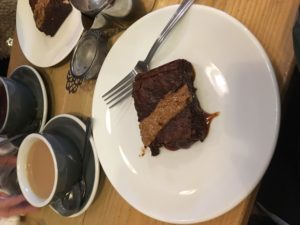 Now they do amazing desserts there, but in my opinion nothing beats the peanut butter and salted caramel brownie. Normally I’d share with Andy but he wasn’t there so I just about managed it (helped by some tea). Some people had brownie sundaes (you can choose your brownie + sauce + ice cream) but I don’t want to dilute the deliciousness!

Then Friday appeared and the end of term had arrived! But I’ll get to that another day.

What is your next race or event?  How do you manage the symptoms of a cold? Have you ever tried laughter yoga?

6 thoughts on “Colder weather and making it to the holidays”