As I mentioned in the last post, we were off to London on Saturday afternoon. For my birthday Andy had got us tickets to see the Manic Street Preachers, and we decided to head to Kew Gardens for the afternoon, as we would be in West London. We parked in the Westfield shopping centre, picked up a few bits for a lunch and then got the train out to Kew.

After a lovely long walk around we shared some lemon cake in the tea room (which was ridiculously expensive at £4 for a little loaf cake..). 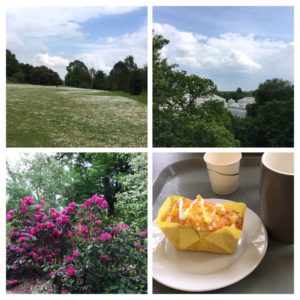 Look at the size of those hibiscus flowers! It’s like being in Hawaii! 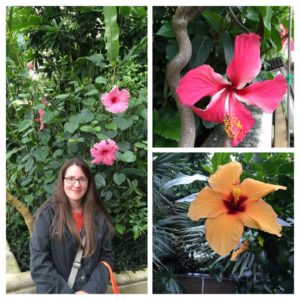 It was a bit different seeing it in the light of day- we went at Christmas for the lights, and we have been but years ago, and I think in the autumn, so it was good to see the gardens so alive. 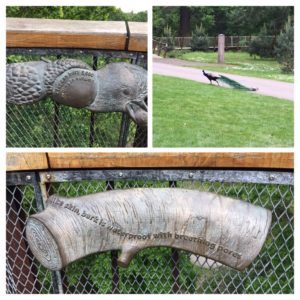 We went up to the tree canopy walk (not so keen on that as it was a bit wobbly, but it did have some interesting facts carved into it) and in lots of the greenhouses. 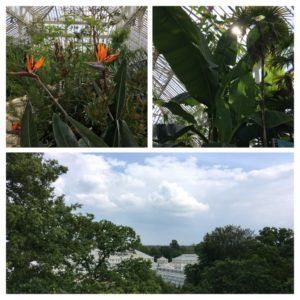 There was a sculpture exhibition on (called something like Reflections of Nature, which just reminded me of the Epcot Illuminations, Reflections of Earth, they shall be sadly missed)- some amazing glass structures around the park. 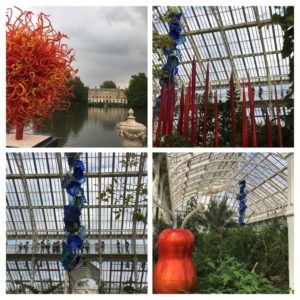 After a good few hours of walking we got the train back, had a quick dinner in Leon and then headed to the concert. We’ve been to see them for the last few years, as they have been touring playing complete albums (I think 20 years after they were first released or something like that- making me feel old!). This was the This is my Truth Tell me Yours tour, although they did change the order of the songs a little. It was great hearing them play live, but the actual venue was really crowded. Somehow I always managed to have the tallest men stood in front of me, and this time we had a group of men behind us, one of whom kept jumping around and bashing his beer belly into my back. During one of the songs he managed to pour loads of his (2 pints- they were doing beer in 2 pint glasses) all over me. Urgh. I tried inching forwards whenever anyone else moved around, but it was a real squash and not easy. Thankfully he moved away at one point and didn’t come back and we could enjoy the excellent live music. It was great, but we both said after how crowded it felt compared to other gigs we’ve been to.

We got back pretty late so I didn’t set an alarm the next morning, and as I got up fairly late I did a shorter 7 miles faster than my usual long run pace. 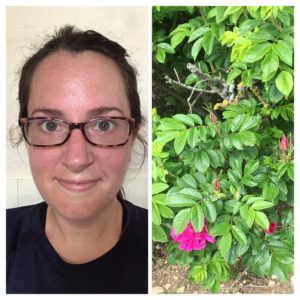 My post-run red face made a return! I ran past these roses which smell amazing- they are next to a roundabout on council ground (not in front gardens) and they have such a summery perfume to them. 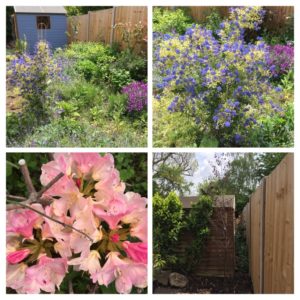 Then we did a lot more gardening- my parents bought me a lovely silver birch tree for my birthday (although the bark isn’t silver yet) so we planted that, and I did a ton of weeding. 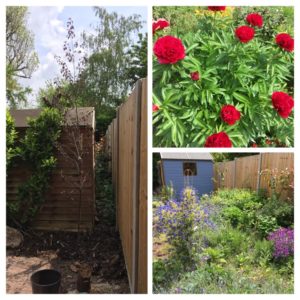 Not quite Kew Gardens, but relaxing just the same. (The new tree is in front of the brown shed- but that shed is going once our bike shed turns up so there will be more space for the tree).

We were going to see Andy’s parents later in the day, so I made some cookie bars, basically this recipe but with chocolate chips and coconut in place of the mini eggs. They were very well received! 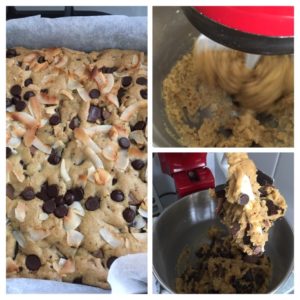 Our treat in the evening was a delicious marzipan truffle bar thing- we had these when we went to Copenhagen last summer, so when I saw that there was a Danish bakery in Westfield and they did the marzipan truffles of course I could not resist getting a takeaway for later! 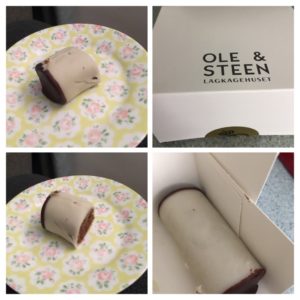 Have you been to Kew Gardens?  Do you need a lot of personal space?  Do you like seeing bands play live? I love watching people play instruments- it’s such an amazing skill, so anything like orchestras or bands I find so fascinating and impressive. I could see the band at times if I stood on tip toes and if the people in front moved a little, so I would have liked a big screen to be able to see it all of the time.