At the start of half term on Friday after dinner we drove around to Maidstone in Kent. We’ve been to this hotel before (the Village hotel- thankfully no see-through bathroom doors for this one), and I’ve run Maidstone parkrun twice. It’s a perfectly nice one, but it’s out and back on a canal towpath, narrow and very busy, so I fancied going somewhere different. A few weeks ago on the parkrun tourist facebook page I’d seen some photos from Kingdom parkrun, a new one for Kent. Handily I needed a K for the alphabet challenge, so I decided I’d head there. This did come with added stress, as we were going to Bruges from Kent, and I’ve never driven abroad before. The parkrun was too far away (20 miles ish) to have anything other than driving as an option, as it wasn’t close to any public transport options. Andy did offer to drive his car in France, but then I’d have to drive his car to parkrun, and I decided that I’d rather drive my car in France rather than his car in the UK.

On my Friday commute I was listening to With Me Now, a podcast about parkrun and tourism, and I heard that the host, Danny Norman, would also be heading to Kingdom. This filled me with excitement but also nerves, as I would want to say hi but be nervous about it. (Years ago I saw him at the Herts parkrun celebration evening, but at that point the parkrun podcast had ended, and he was with his family so it felt a bit intrusive).

The journey there didn’t go quite so smoothly, as there were some roadworks that slowed me down, and lots of twisty small country roads, and by the time I got there the main car park was full, so I was directed to park by the side of the steep entry road (I hate parking on hills) so I was a bit flustered. I had got out, found the start and was just wondering if I should go back to my car and get my sunglasses, and double check my handbrake, when the new runner briefing was announced, so I decided to stay. 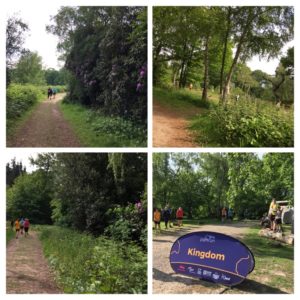 As I was stood there, I realised that the tall person next to me in his blue 500 t-shirt was in fact Danny from the podcast, so I just said to him “can I just say that I really love the podcast” (I do- the sort of official free weekly timed one is OK, but WMN is really aimed at people who go to parkrun regularly and are passionate about it- it’s more in depth and understands the passions of the audience- their interviews with ED’s etc are also very interesting). Anyway, he was very friendly and put me at ease. I had on my Ellenbrook Fields vest as it was too hot for a t-shirt, and as his parents are regular volunteers there, he told me it made him happy (it was EF’s third birthday that day which I was sad to miss). I was even introduced to Chauffeur Ramek! We of course listened to the briefing, and then Danny headed off for a warm up and I just tried to tell myself that my car would not roll down the hill while I was running, as it was about to begin and I didn’t think I had time to head back. 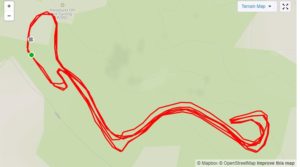 The course was fun. It’s an old mountain cycling place (lots of info available on the excellent blog7t) and it was 3 laps, with each lap being half a mile down, then half a mile back up. At the half way point of the lap was ran around the outside and then turned back and through the inside of a field, and in parts of the out and back section you could see the other runners through the trees. I love courses like this- it reminded me a bit of East Brighton parkrun- because wherever you look you can see other runners ahead or behind, and it just emphasises that it’s a collective experience. On my second lap I could see Danny through the trees on his final section, so I shouted through the trees “Go Danny” (I was clearly feeling very brave), and when I finished he was sat near the finish line and gave me a cheer in which was lovely.  I was catching my breath and doing some stretches and wondering if I had the courage to ask for a photo (and hoping my red face would calm down a bit- one marshal put it in a lovely way, telling me I looked “sparkly”), but then the two of them headed off for their cool down . 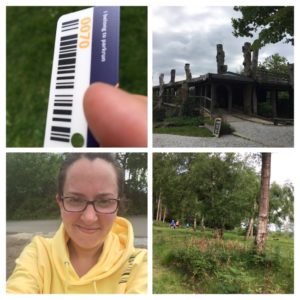 The views at Kingdom were lovely too with sweeping views across the valley. There were lots of rhododendrons in the woods looking very colourful. I went into the cafe to see if they had a smoothie or something (I was so hot) but it seemed more like a sit down place, so I did a few more stretches and then headed back to the hotel, as it took a lot longer than I thought (more like 40 mins away) and we had bought some breakfast to have in the room. 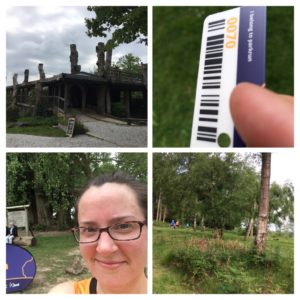 Another lovely parkrun visited, and another letter ticked off! Just I and Z to go now- not sure when I will get around to those though…

As a side point I was happy to get a text from my dad as he was off on a cruise around the Baltic, and they had docked in Copenhagen at 8am, so he had made it to a Danish parkrun (Fælledparken- not the same one that I had done)- he was very pleased to have been to his first international parkrun.

Then we had a lovely day in Kent, going to a few NT places, walking around some lovely gardens, having some tea and cake (we shared a slice of lemon, lime and orange cake which was gorgeous), and then heading to Tunbridge Wells in the late afternoon for a Bird&Blend iced tea and dinner before the cinema. 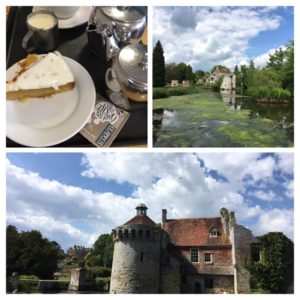 We went to see Aladdin, which I did enjoy, but I still find all of these remakes weird. Well, apart from The Jungle Book which was an excellent film but wasn’t a scene-by-scene remake. I loved the original Aladdin, so I am not even sure if I am the target audience? (I am not a huge fan of the original Beauty and the Beast for example, and so the remake wasn’t really for me, and felt rather pointless as if I wanted to watch it, I could just watch the animated one..). With Aladdin I did enjoy the slight changes that they had made, and I thought Will Smith was funny, the dance scenes were good. It was a bit frustrating though because they hinted at a slightly different story (for example, with Jasmin’s story) but it felt like they could have gone a lot further in that direction. Her song was weird too- it felt like they were trying to get a catching Frozen-style song going but it didn’t seem to fit with the film. Anyway, it was a fun evening, but probably if I had the choice I’d watch the animated one again instead of this one. 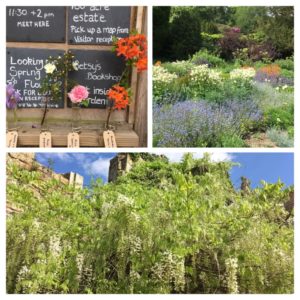 Have you seen Aladdin? What do you think about the Disney remakes? The Lion King is coming soon, and I don’t even understand the difference because all of the animals will be CGI, and there aren’t any human characters….

How are you with meeting famous people? Andy still finds it hilarious when we meet characters like Mickey Mouse because I get a bit star struck…