So, Fulham Palace parkrun. We’ve wanted to do this for years but things just haven’t fallen into place until now.  It was complicated but basically Dad stays in a flat in London while he works at Wimbledon, my brother had tickets for Court 1 on the Saturday, and Dad was going to meet us at a parkrun, to be determined by his start time which he’d find out late on Friday. When I got home from my meal out the plan was confirmed- I’d pick up my brother at 7am, drive to Fulham, meet Dad and then drive home on my own (eek). Not a fan of driving in London! I’d looked at the parking by searching on the parkrun tourist group (Festing Road, turn left at the end and park on the embankment as it was free), so getting there was fine and we parked on the other side of the river, with about a mile walk there (along the river, over Putney Bridge and then back along the river through the park). Dad got the bus and met us there- all good. 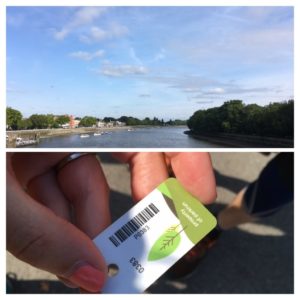 It was beautiful weather and thankfully the route was very shady. 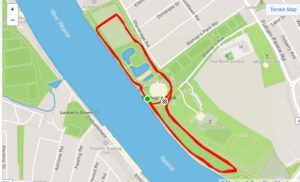 The route had changed apparently, due to some work going on at the football ground. I loved the description that we would run past Fulham having their “football lessons” (turned out it was little kids and not of course the players being shown where the goals were etc). It was a special parkrun to visit together, as this was where my Dad grew up, and as a child he supported Fulham. Our first football match was at Craven Cottage with my Grandad and the rest of our family, as there were plans at that point for it to be knocked down and they wanted us to go before that happened. We could see the ground across the river from where we parked, and as we ran Dad pointed out things in the local area that he remembered (or that had changed). There were the most enthusiastic marshals as well. 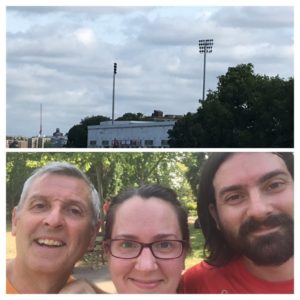 When we finished we had a jog/walk back to the car, as Dad had to be ready to work at 10.45, and needed to head back to the flat to shower and change. Had I realised that, I would have parked closer but I was worried about the streets filling up as there wasn’t a car park and they get several hundred runners each week (and I misunderstood and thought I’d be driving home after breakfast in the cafe in the park). Anyway, it was OK although we got stuck in a bit of traffic in the high street and then couldn’t find a car parking spot in the street by the flat right away.

By the time we got into the flat Dad had decided to run to Wimbledon and shower there to save time (quicker than showering at the flat and then walking down there) so my brother and I had breakfast and then a little later I left to drive home- not so easy!

I loaded up maps on my phone and selected the route to go back along the M4 and then around the M25, but at one point it must have selected what it thought was a short cut, as I went off main roads and around residential streets. At one point it told me to turn right and suddenly I was driving through Richmond park-  I recognised roads from the 15k run I did there years ago! I did see a massive herd of deer, so I told myself that if I hadn’t gone wrong, I would have missed out on that. I was then driving and I kept seeing signs saying “no access to A something” and I guessed (correctly) that I needed that road, so I kept having to pull over to check the map and ignore the directions. I was so pleased to finally make it to the M4 (never thought I’d say that). I also saw the Red Arrows fly over as I was driving around the M25 so again a bonus. The journey home took me a good 2 hours though- I was very ready for a shower by then! 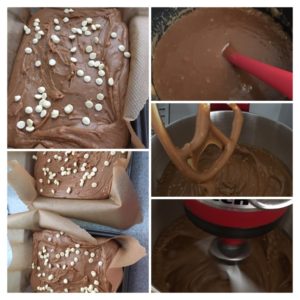 In the afternoon I made some fudge as end of year gifts for the people I work with (peanut butter of course), caught up on work and watched a fair bit of tennis. I always used to watch a bit of Wimbledon when getting home from work, but things are so busy that I just haven’t had the time for that this year- I made up for it at the weekend!

On Sunday morning we were going to Andy’s parents for brunch, and originally I’d pencilled in 11 miles, but I was so tired and I really didn’t want to get up ridiculously early. I think I got up at about 7.30, and thought I’d aim to be home by 9.30 and just see how many miles I could fit in. In the end I ran 9 miles, so a fairly solid long run still. I wore my new socks- I love these Balega socks and as I was ordering something from Wiggle, if I got one other thing it would be free postage, so it seemed the sensible option. They are so bright! 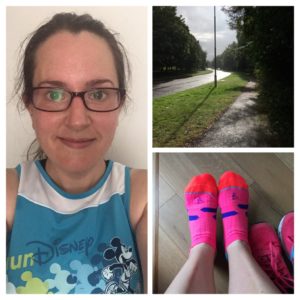 When I first went out it was raining fairly hard, but soon the sun came out and it got very hot.

After a delicious brunch (Andy’s mum had asked me for the baked French toast recipe, but had also loaded the table with goodies) and a walk in the park, I got home just as the Men’s Final was starting. As Andy was going to watch the F1 and had bagsied the TV downstairs, I put on i-player in the bedroom, and had a cup of tea and a biscuit. I think I saw the first set, and then woke up 2 hours later! I never nap unless I’m ill or jet-lagged, so I must have been tired! 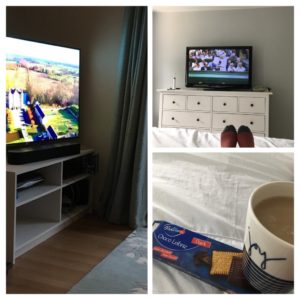 The match went on for so long that I saw most of it even though I’d slept for so long! I was also very excited to see Escape to the Chateau back on TV- perfect Sunday night viewing.

On Monday I was meeting a friend for dinner- back at Bill’s again. We met early in the evening so in the end I made up a sort of afternoon tea of hummus with toasted foccacia bread, scones and tea. It was lovely to catch up (and thankfully we had different members of staff so they didn’t think I was taking up residence!)

Do you like driving in London? Or anywhere new? Which parkrun is next  on your tourist list?

6 thoughts on “Fulham Palace parkrun, meals out, tennis and naps”