The Christmas holidays always seem to go by in a flash! Since getting back from France, I’ve been doing an excellent job of pottering about and relaxing.

Monday- 6 mile run then home to mince pie porridge ( basically porridge with some of that home-made mincemeat stirred in), a walk and then lots of time unpacking and sorting things out. I watched Frozen in the afternoon- I love an afternoon film in the holidays.

Tuesday- 7 miles (because I had signed up to a Running Heroes challenge to run 7 miles that day).  I had to pop to St Albans to collect a few things, including a Sweaty Betty yoga top that has an elasticated band on the waist so it won’t ride up or down in any inversions. I parked a fair way out and walked in, in the drizzle, and then when I got home Andy’s parents had popped over.  I sorted out some of our Christmas presents (we had opened them once home on Sunday). 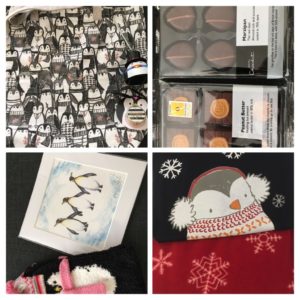 My Christmas presents were mainly penguin themed including these cosy PJ’s, this cute bag and this lovely picture. Marzipan and peanut butter chocolates = delicious but not penguin related.

Wednesday- NYDD- Ran to Panshanger, ran parkrun, got a lift to Ellenbrook, ran there, then home for breakfast, and later in the day our niece and nephew came over. 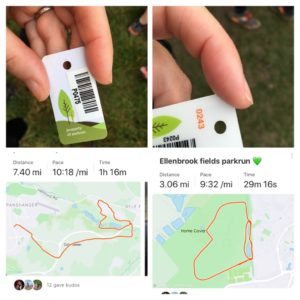 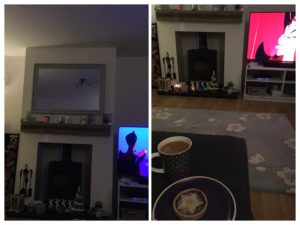 Thursday- my legs were a bit stiff so I went on a long walk to warm up and loosen them, and did a yoga video when I got home.  I made some peppermint bark, washed my trail shoes and did a few other bits, and then we popped out to look at some under stair storage (living the dream) before going to see Jumanji 2 at the cinema- it was quite similar to the first one and good fun. 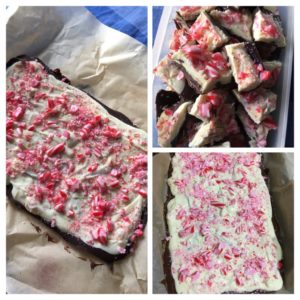 Friday- my legs were still stiff, so I did a longer yoga video in the morning. 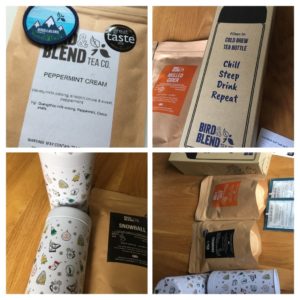 The postie delivered some sale shopping from Bird & Blend (I was most excited about the Snowball teabags which is black tea with chocolate and coconut, Mulled Cider tea which is gently spiced apple). 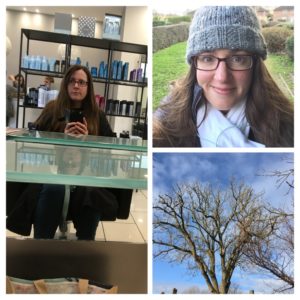 I had a haircut booked, so walked the long way into town and then pottered around a bit before walking home. 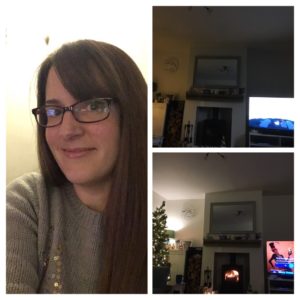 Of course it was then time for another Disney movie, this time The Little Mermaid. Andy put the fire on later on for a lovely cosy evening. 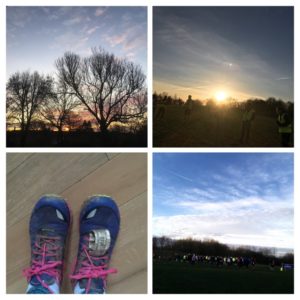 Saturday was of course parkrun day (in my freshly cleaned trail shoes). I drove to my parents and then we walked to Jersey Farm parkrun. The mud had dried out a lot and the course was pretty good. I took a few photos on the way around and was very surprised when the text came through saying I’d got a course pb! It was then back to my parents for pancakes- my sister and niece were there too so a lovely start to the weekend.

In the afternoon I walked around to the shops and then, you guessed it, time for a Disney movie! This time, Jungle Book, such a classic. Although I really liked the newer version as it was different (more closely based on the book apparently), whereas the other remakes such as Lion King are almost shot for shot remakes and although that’s fine, they don’t add anything new.

I was also swayed in Hotel Chocolat to buy some of their nutmilk chocolate- it is made with hazelnut milk and tastes gorgeous– like the inside of a praline- anyone doing veganuary check them out!

Sunday morning was a long run of 10 miles- the first time I’d run that in one go for a while (I did 10 on New Years Day but spread out over 3 runs). I had put out my mat so that when I got home I did a yoga cool down video which really helped with making sure I didn’t have stiff legs. 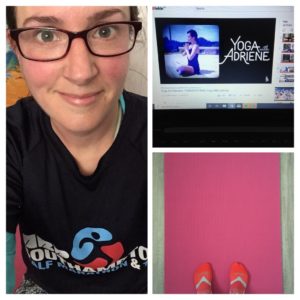 I did a lot of home-admin, and took down the Christmas tree. After a walk in the fading daylight it was time for the final Disney movie of the holidays- Tangled.

And then we are back to reality! I hope you had a good time over Christmas and the new year.

If you run, what sort of stretching do you do when you get home?