Saturday morning started the same way for me as it has for the past eleventy weeks- a run, quick shower and then the parkrun quiz.

My run was very enjoyable, listening to With Me Now, and heading down some different streets to my recent runs. It was pretty breezy, and I think that was keeping people home because I didn’t see very many people out so not much crossing the road required. One road had blue ribbons on all of the trees- for the NHS maybe? 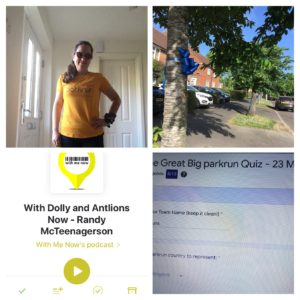 The quiz was a personal worst for me- 8/15 (too many maths questions!), but I do like doing it because it reminds me that it’s Saturday and keeps me a bit connected to the parkrun world. 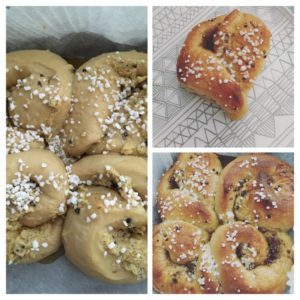 Then we had Swedish cardamom buns for breakfast- I have had this recipe earmarked for ages and only just got around to making them. Grinding the cardamom seeds (and getting them out of the pods) took a while, but honestly the are better than cinnamon buns. So so good. Although I could  not quite follow the twisting instructions, so I made them into normal swirl shapes.

After being fairly sunny first thing, it got quite overcast and so I did some bits around the house, baked some lemon and lime bars and did a bit of work. Later on we popped over to (socially distance) drop some things off at Andy’s and my parents houses- Andy came with me so he could say hi, as usually I’ve been dropping things off on my way to or from work (as I work in St Albans which is where they all live)- it was his first time out of WGC in over 2 months! 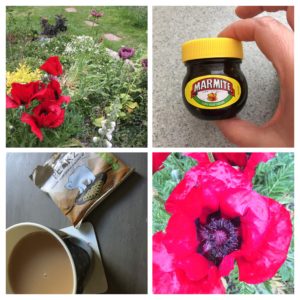 Also, how tiny is this marmite jar? We had ordered the big jar (500g maybe?) but it was out of stock so we got this as a substitute instead- it won’t even last a week!

For dinner we tried a recipe from the recipe book I got for my birthday (Happy Vegan)- coconut cream spinach pasta. It was really tasty and very easy- basically cook up some pasta and then blitz all the ingredients for the sauce in the food processor- it was optional to top with chilli flakes, and as I am not a spicy person I opted for pine nuts instead. It was really tasty and we will definitely have it again. 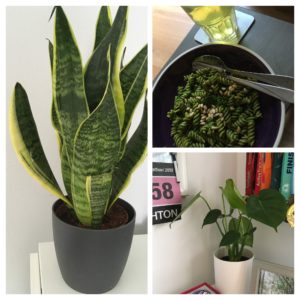 We watched some Killing Eve as we tend to save series up and then watch them over a week or so, instead of having lots on the go.

On Sunday I headed out for a shorter long run (7.5 miles) as I had run 13 on Thursday. Home to another cardamom bun and then a day of relaxing in the garden (well, until the government “kindly” published the early years guidance for wider opening of schools, on a Sunday of a Bank holiday weekend, at the start of half term…..).

When we sat outside having a cup of tea I noticed that my yellow jumper was totally covered in bugs, but of course none of them show up on the picture! 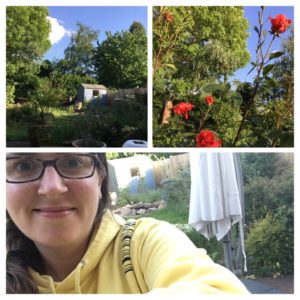 A while ago I earned a 25% off Lulu voucher for a Strava challenge, and it ran out on Sunday and I’d been umming and ahhing about whether to get anything. In the end I chose some shorts (be brave) but the code didn’t work. I tried a few things, and in the end was helped by messaging them on facebook.

On Monday morning we headed out on a long walk- we have had a library book for ages (months of course) and although they are closed and have extended the loan, we had heard that if you posted it through the door, they were being dealt with by staff, so we went the very long way around to town. Some parts that we walked through were much older so I was keeping my eye out for old post boxes, but mainly saw GR ones.

Once home I sat outside in the shade and worked by way through some old magazines- reading a February running magazine in May is quite funny because half of it isn’t relevant (although I do tend to skim past the kit things anyway- I know what I like!).

In the afternoon I made some peanut butter cookies (we had one for dessert with some salted caramel oat ice cream), did a bit of work and a bit of sorting in my office- I’ve moved things around to accommodate my new plants. 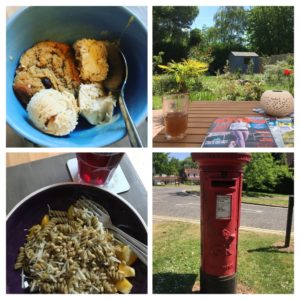 We watched the Prince-Andrew style press conference (no idea why, it made me so cross) and then did a bit of weeding and tidying in the garden before pesto pasta dinner. We watched Supersize Me 2, which was  interesting, but there were parts I actually couldn’t watch.  So here are some flowers to think about instead. 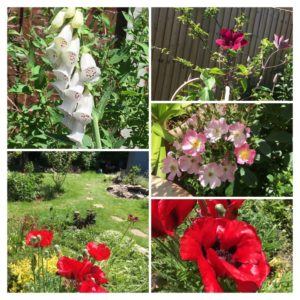 Do you like marmite? Do you watch series all in one go, or have lots on the go during a week? Have you seen Supersize Me 2? And if so, would you have reacted in the same way as the people did at the end?

2 thoughts on “A three day weekend to start half term”