Over the past few years I have enjoyed doing a parkrun or double (although sensibly parkrun said early in 2020 that they would not be doing them any more) to welcome in the new year. I loved the chance to run with friends and family, and to start the new year as I mean to go on. The sense of community at a NYD parkrun is always really high, with people feeling optimistic about the year ahead and just loving getting out in the fresh air all together. This year was different what with no parkrun, but I still wanted to make my run more of an event, so I suggested to my dad that we meet at Ellenbrook fields for a run together. We arranged a time (not on the hour, just in case anyone else had the same plan) and I ran there to meet him. It was snowing a bit as I was running, which added to the festive feel. 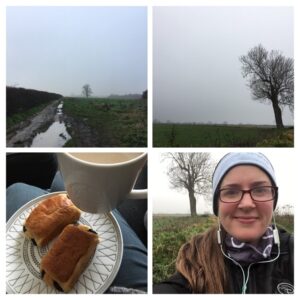 One of the fields often has a very flooded path, but a lot of it was frozen solid which probably made it easier to pass.

As I ran into the park Dad was right there- we could not have timed it better as he had just arrived too. We ran one big lap (EF parkrun is one small and then one big lap) and then he ran back through the business park with me for a bit to make it up to the 5k distance. It was great to be running around the fields, although one part was very flooded and my foot went right into an icy puddle- I got to “enjoy” a cold wet sock for the remainder of my run.

Once home and warm I had some vegan croissants for breakfast and my biggest mug of tea. I do like that feeling of being back inside once you’ve been out on a run in the cold- it is much more satisfying and makes it feel even more cosy.

My running club have started a January challenge where we’ve been split into 2 teams (well people who wanted to join in) and we are tracking our miles in the month. Walking and running all counts, plus I think other workouts (such as yoga) will count as 1 mile, so it was good to start, and as we had a walk in the afternoon it started the year off well. 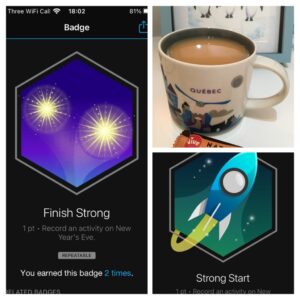 It also meant that I got these badges on Garmin Connect- I have finally learnt how to find them as well, before before I could only see them when I got a notification to click on. I did have to do a fair bit of work (which was not planned, but thanks to the Gov it meant our planned Inset day  had to change so I had to sort out what my year groups would be doing). Tea always helps with work though. 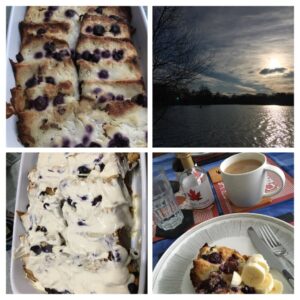 I had prepped breakfast the night before. We really love the baked French toast from the Pip and Nut recipe book, but it uses eggs so now it’s a no. This fab website called A Virtual Vegan has a recipe for a similar dish using silken tofu and coconut cream- you leave it in the fridge overnight and bake it in the morning. After breakfast we walked down to the lakes. It wasn’t that busy but I heard from people in my running club that it was rammed later on. 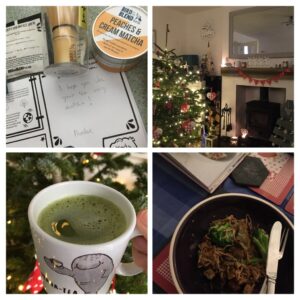 Matcha, Christmas tree and a delicious but not pretty dinner of noodles with peanut sauce, tofu and broccoli.

The rest of the day was fairly chilled out and mainly spent enjoying the last day of the Christmas decorations! I’d ordered some matcha in the B&B sale and it arrived so of course I had to have it- it matched the Christmas tree perfectly. 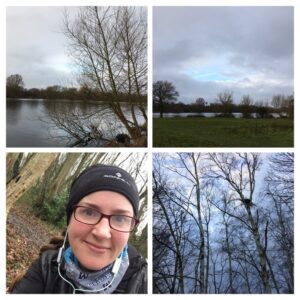 On Sunday I had a 9 mile run (I was going to do 8, but when I got home I was at 8.5, so because of our running club challenge and it’s easier to keep track I did a little loop to make it up to 9)- it was really cold and each time I stopped my glasses would steam up!

Once home we had the other half of the baked French toast and then had to get on with the job of taking all the decorations down. 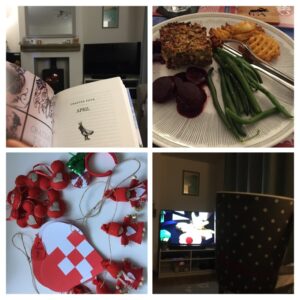 A bit more work was required for me, before some chill time reading and then watching the one off special of Taskmaster (I wanted to listen to the podcast on my way to work  so I needed to watch it first). Dinner was a nut roast with cranberries and pecans- it was sooooo tasty- veganuary off to a good start for me.

How was your new year? Do you usually do anything to celebrate?