So this week there was no yoga as the hall was already booked. I had mentioned to Andy that we could go to the cinema as we have not been in a while, but there was nothing worth seeing on Wednesday. As I was still getting over my cold, and Logan Lucky was showing on Tuesday, I decided to skip the  Tuesday club run, and run on Wednesday (normal yoga day) instead, meaning we could have a night out in the week.

The cinema we went to has a Starbucks in the foyer (although they don’t take the reward card which was annoying as I have a free drink to use up)- we shared a hot chocolate as it was pretty chilly. The film was good fun too. Although we got home a bit late it was nice to relax in the cinema and not have the option of any work (as I have been doing a fair bit in front of the TV in the evenings recently). 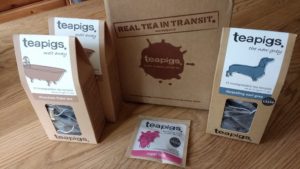 Onto the autumn food:

Teapigs had a free delivery offer so I had stocked up on the chocolate flake tea- it’s my favourite to have at the weekend for breakfast, and even though you can get other Teapigs flavours (types?) in Waitrose or on Ocado, they don’t stock the chocolate flake ones any more.  (I know technically it is a drink but that would have been a much longer blog post title). 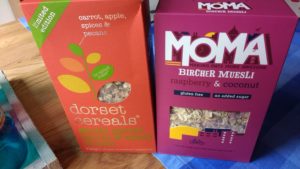 I was wandering around the shops the other weekend and saw first up this ready made bircher muesli (basically, the Swiss invented overnight oats years ago and now it’s trendy because of instagram or something)- I tend to have a sort of version of it in the summer where I soak chia seeds and nuts, muesli (usually the Dorset “normal” one) and some fruit overnight with almond milk, and then add a little peanut butter on top in the mornings. When I saw the Moma stuff on offer I thought it would be lovely (and it is)- with freeze dried raspberries and big slices of coconut. I also saw this limited edition (they saw me coming) “gently spiced apple and carrot muesli” I knew I had to give it a try (it has cinnamon and nutmeg- mmmmm), although I am being sensible and only having one on the go at once. 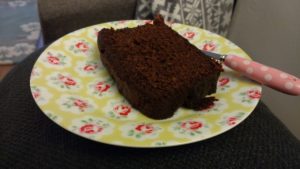 I also made a ginger cake- it was meant to be with treacle but I only had molasses- more iron in it now anyway (as it was blackstrap). So tasty.

I went for a short run on Wednesday (and remembered half way through I needed to get some salad for dinner, so ran around to the shop), and then on Thursday it was raining so I did a fairly short route. I felt OK though- I think the fresh air is now helping to clear the airways. We are off to Norfolk on Saturday so hopefully I’ll be doing some more parkrun tourism! Have a lovely weekend all!

What have you seen in the cinema recently? Are you getting ready for more autumnal flavours now?

2 thoughts on “A cinema trip on a week night! And some autumn food purchases”