Half term has been lovely and chilled out so far.  On Monday I walked into town to meet Andy at lunch, where we got our free Starbucks and walked home. My sister and her baby came over in the afternoon, and of course in the evening I’ve been watching snowboarding! 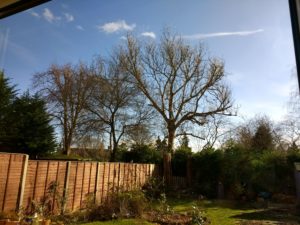 I’ve also spent time just watching the garden- my parents have lent me a pair of binoculars which means I can properly identify more birds (with the help of the guide on the RSPB website)- I have regular visitors of robins, blackbirds, blue tits and great tits, but I have also seen some redwing (redwings?), a wren, and the jay came back. It’s so relaxing to sit and watch them flit about and makes me feel like spring is on the way. 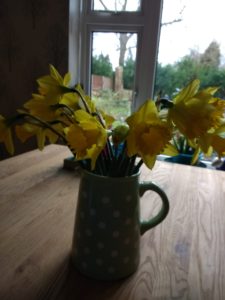 On Tuesday I managed a quick run first thing (before it started raining) and then a friend came over and visited- I’d not seen her for a while so it was lovely to catch up (and meet her newest baby).

I have been loving having lunch at home- my favourite thing this week has been a quesadilla. I have filled mine with caramelised onion chutney, cheddar and sliced apple- it is so easy (just put inside the wrap and heat in a dry frying pan) and so tasty. 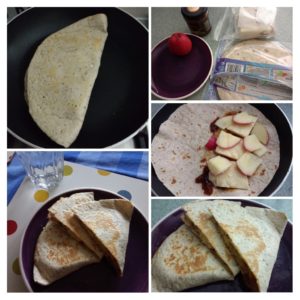 In the afternoon I walked the long way into town for some more fresh air- I love having the time to just have a walk when I fancy it. (I did also meet Andy as we had a voucher for free tea and cake in John Lewis so of course we had to use it up).

On Wednesday I had a slightly longer mid-week run- it ended up being 7.5 miles. It was lovely and sunny, although cold, and I decided to have pancakes for breakfast when I got home (made with buckwheat flour so they went a bit dark brown- they are not burnt I promise!)- I was pretty hungry as we had watched a bit more snowboarding before I headed off so I’d been awake for ages before even going out.

With the men’s snowboard slopestyle they had this racer called Red (Redmond) Gerrard, and all I could think of was the bit in Peep Show when they got the football cake for the funeral (“Gerrard loved the reds…”). 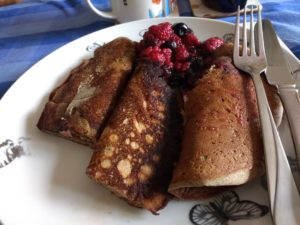 Of course the rain came later- I was going to see my mum, and stopped off at Dunelm on the way as I have wanted new cushions since we have moved (nearly 2 years now!)- I did look at some in John Lewis as I have a voucher, but I could get 4 from Dunelm for less than one in JL so I am going to save the voucher for another time. I was pretty pleased with the colour matching as we have curtain and a rug that need to be a similar shade (it’s called duck egg but it is more seagrass or pale teal or something). 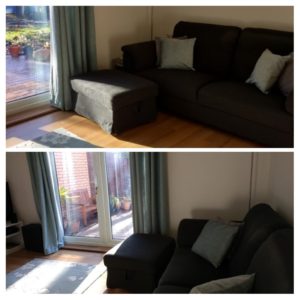 The rain was bucketing down, so having a cup of tea with Mum (and my brother who got home early from work) was the best way to spend the rainy afternoon.

On Thursday morning I attempted to watch the snowboard cross. Now, if you are not that interested in the Olympics, I would still recommend this sport as it’s so exciting to watch. Basically a load of snowboarders race down a bumpy course at the same time. I love watching the slopestyle and half pipe for the cool tricks and flips, but with a proper race you can see who is winning at all times. Although the BBC are driving me mad- as it’s over night I’ve been watching most of it on i-player, and you would think they would just organise them by sports- (if anyone wants to watch curling, select this show, for ice dancing click here and so on) but no, they just have these 4 hour long shows that you have to fast forward through. I think I fast forwarded for 2 hours, saw the seeding bit of the snowboard cross (where they go one at a time- like heats- to sort out who they race against) and then it changed to ice dancing! Argh!

Anyway, after that I was off for a massage. I parked about a mile and a half from the town centre (St Albans) and walked in, listening to some podcasts. 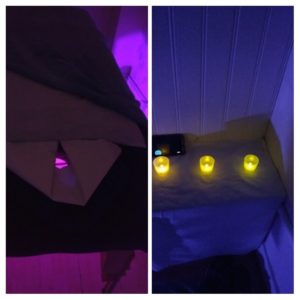 After a very much needed back, neck and shoulder massage I wandered around town and through the park. It was such a gorgeous sunny day, although with a very cold wind. I saw loads of snowdrops everywhere- come on spring! 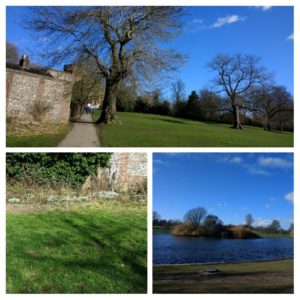 I treated myself to a scone from Gail’s (a chocolate and cherry one) to enjoy after lunch- this ended up keeping me going as we went to see The Shape of Water and we didn’t get home until around 8.30 (it started at 5.30). 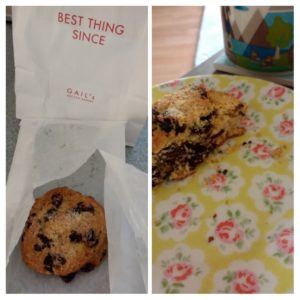 The film- I’m not sure how to sum it up or describe it. It wasn’t my kind of thing entirely, but there were tense parts and funny parts, however one of the main characters kept eating boiled sweets so noisily, and I really really hate hearing people eat, so this irritated me so much it may have clouded my thoughts.

Now I am off to Brighton for some sunshine and walks by the sea- have a lovely weekend everyone!

Is spring peeping out where you are?  Do you have any irrational hates/annoyances?

6 thoughts on “My favourite new lunch, slopestyle and half pipe”