WHAT??? Time just seems to suddenly have gone so fast- where did November go???

After getting off to a good start at the Bath Christmas markets the other weekend I did start getting a bit organised with presents and things (I am going to make some presents this year, and also have decided to use brown paper and pretty ribbon instead of wrapping paper as apparently most of it can’t be recycled).

Last Monday I had to leave work asap to pick up my brother from the airport- getting to Heathrow wasn’t too bad but I was conscious that every minute going by would mean worse traffic for our return (and he had been travelling for something like 30 hours by the time he landed so I didn’t want to make him hang about too long). He’d been in Namibia so the journey back was great to hear him talk about all the animals that they’d seen (my parents stayed on for another week). 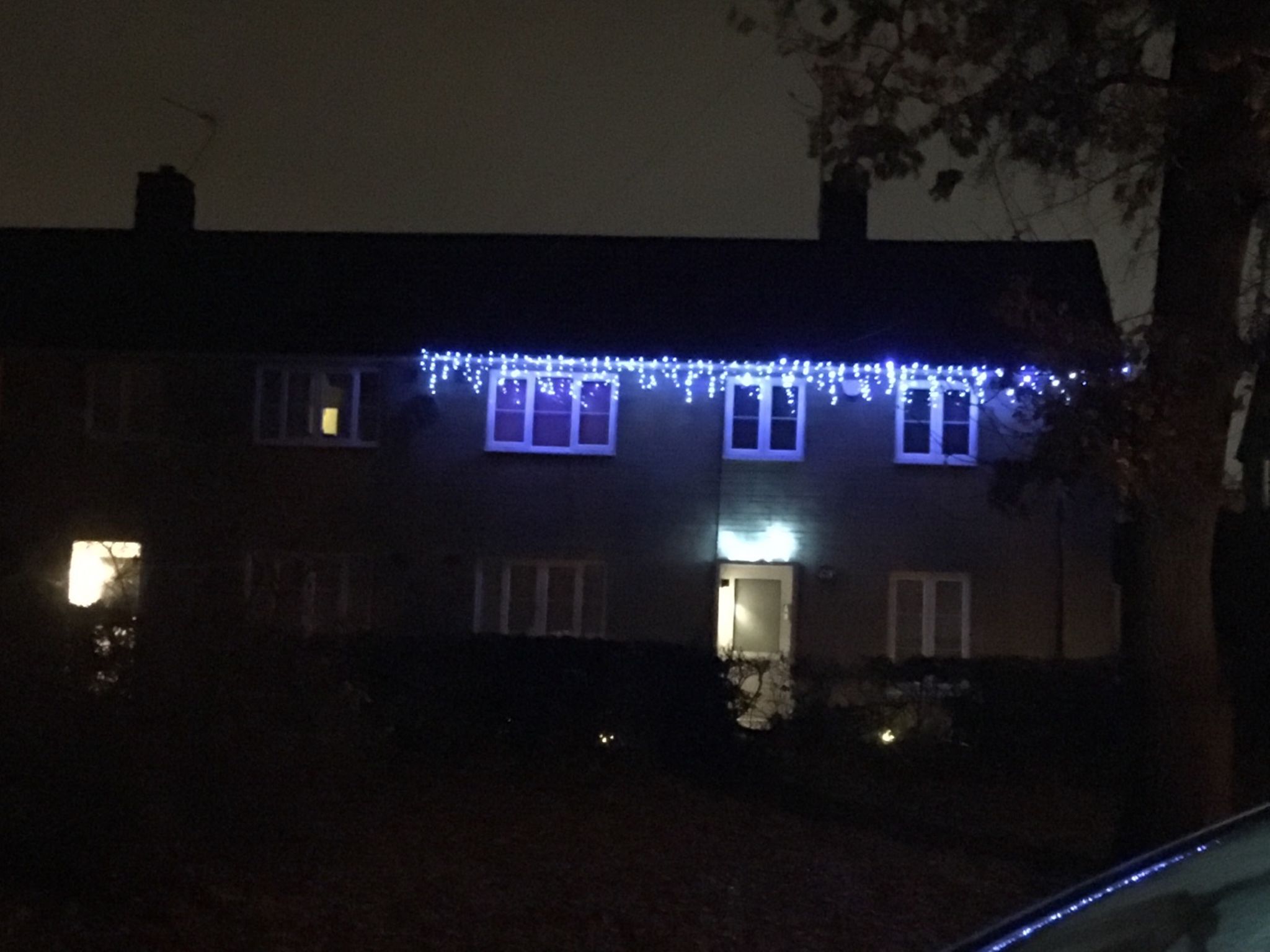 Tuesday was a run on my own and it was tipping it down with rain. I just wanted to do a few miles as I’d got home late. At the moment I’ve got a nice 3 mile loop which is away from main roads for most if it, so it’s quite nice at rush hour time because it’s not too busy. The rain eased off after a bit, but I was pretty soaked through from the start. At one point a van drove past, and even though the road was wide and empty of cars (and I had my torch on) it drove though a massive puddle and totally soaked me (well, added to the water with horrible muddy puddle water). I saw lots of Christmas decorations up too (last week it was still November)- it’s too early!!!

On Wednesday I had to get into town (WGC) before the shops shut to pick up a few deliver to store items (actual Christmas shopping, plus a penguin jumper for me…)- I made it just in time, and then it was lovely yoga- always so much needed by the middle of the week. I’d had a stiff back as I had stupidly lifted down a very heavy box of costumes at work, so we did lots of gentle twists and postures to help with that. We had a bit of time to do headstands- I can’t get anywhere near the so called easier one, but I am getting closer with the tripod, so I practised that a few times and managed to get one leg up at a time- slowly slowly. 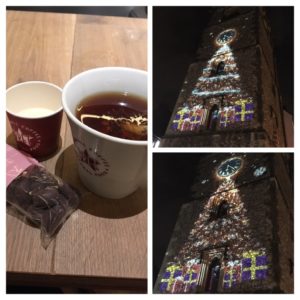 The St Albans clock tower has a pretty animation being projected onto it.

On Thursday I was going out for dinner with some friends, but I headed into town (St Albans) straight from work (no time to go home and come back again as we were meeting at 6.30). Again I’d ordered something to pick up from a shop so I picked that up and then wandered around for a bit, trying to get my steps up- I’m still on a goal streak of 10,000 or more steps per day, since the end of June. It was pouring with rain so once I’d got my steps up I went and had a cup of tea and some dark chocolate almonds in Pret. Our meal out was really good- originally we had also booked the cinema (Andy and I) at 9.30pm, because I thought our meal wouldn’t be too late as we were meeting early, but of course our catch up went on, so we had to cancel the cinema but as the tickets were free it’s not a big deal.

On Friday I had a lot of fun with my new penguin jumper- the description online said reversible, so I thought the snowman would be on the inside, but it’s sequins so you just stroke them to flip them all over.

(I’ll save the weekend and actual December for next time)

Are your decorations up?

6 thoughts on “And now it’s December!”