So if you are in the UK, then no doubt you would be aware of Storm Ciara this past weekend. Seeing the forecast for Sunday, and knowing I wanted to run at least 12 miles made me re-jig things. I don’t mind running in rain or wind, but it would have made it pretty hard work, plus there are so many trees around and big branches have fallen down before, so I think if I can swap things around, what is the point of taking a risk. In fact on Sunday the road next to ours was closed for a while because a tree blew down across the entire road- luckily no-one was hit by it as it fell. There was some pretty bad flooding too- no point risking it in my opinion.

On Friday night we finished the last of the Christmas cake. I feel quite pleased that we managed to make it last until February. It was going to be good pre-run fuel. 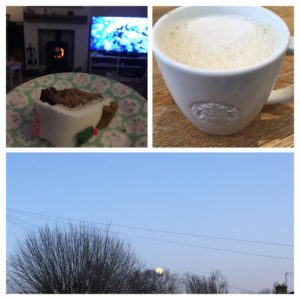 Then on Saturday morning I was out of the door by 7am, ready to run over to St Albans, to run at Jersey Farm parkrun with my dad. I’d messaged him as we usually walk there together, saying if I was late he could just start walking and I’d catch him up.

On the way I stopped to watch the parakeets- I always see them on my commute, but I didn’t realise quite how many there were. The run went well, although it was so dark to begin with. Anyway, I made it to Mum and Dad’s house with time to spare, so we jogged around together, getting to parkrun with about 5 minutes to spare. I was feeling OK, and just left my watch running in the end rather than fiddle about with saving runs and starting new ones.

The parkrun was fairly muddy in places but nothing that you couldn’t avoid (I’d worn road shoes as my trail ones are quite heavy when wearing them on the pavements). 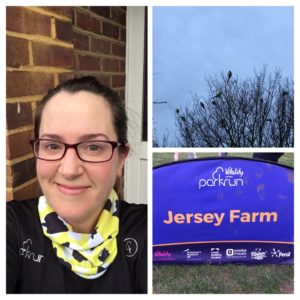 Outside Mum and Dad’s front door around 9 miles, parakeets, and the JF sign

Although when parkrun finished I couldn’t see Dad anywhere (I knew he was ahead, but wasn’t by the tarpaulin where you leave jackets, or at the finish) so I stopped my watch while I looked for him, and it was just under 13 miles at this point. I should have left it going for the run home! Anyway, I found Dad (chatting to someone he knows from school a little way along the route) and we headed back home fairly promptly so I wouldn’t get too stiff.

It looks like quite a long way when you see it on a map like that all stretched out! 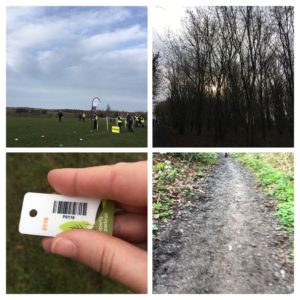 The run home is  always further as we detour to the shops for Dad to get the paper, and as I was pretty thirsty by that point I decided to get some coconut water, and we also found more polystyrene along the lane so did a good deed of litter picking as well- the run back to theirs was 1.2 miles (with a little walking too), so the total for the morning was just over 14 miles. Long run done. Andy was then driving over to bring me a change of clothes, and to have breakfast, although we had our wires slightly crossed so he turned up much later, and I was not going to sit down and eat until I had changed. Everyone kept telling me to have a pancake, and I kept thinking that as soon as I sat down, he would turn up. In the end the hunger was too much so I had one in my rather sweaty kit.

Once home and showered we walked into town to get our drinks, and then spent the rest of the day pottering around and not doing much.

On Sunday I had some work to do, and what better day than a day when it’s pouring with rain and howling with wind? I persuaded Andy to walk around to Morrison’s with me as I wanted to buy a few baking ingredients, and when we left it was OK and the wind and rain had eased off, but part way around we ended up sheltering in a bus stop because it was just sideways rain- it reminded me of when we were in Vic in Iceland on this beach, and the rain was properly horizontal and freezing. 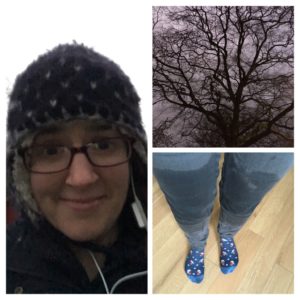 You can see how soaked my trousers were!

After that I spent a lot of time baking. I made some fudge for work, as end of half term presents. I made biscoff blondies (a Jane’s Patisserie recipe) and then the monster workout cookies from Cook Eat Run, as Andy requested cookies. 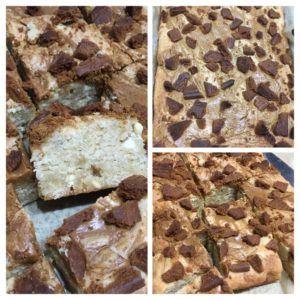 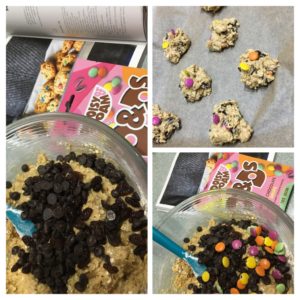 Cookies being made- I used the delicious Doisy&Dam dots 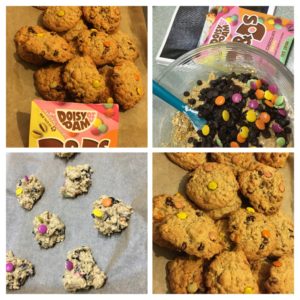 And of course we had to sample them, so we had a little piece of blondie plus a cookie. For testing purposes of course. 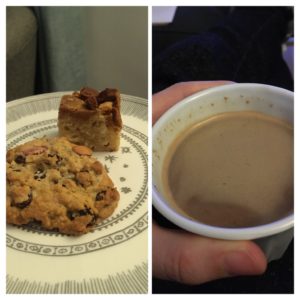 After getting soaked Andy had requested a hot chocolate, so of course I wasn’t going to say no. This one was gingerbread, and one of the best ones I think- I prefer the darker ones to the milk.

Do you like hot chocolate? Did you go out in the storm? Do you like including parkrun in a longer run?

2 thoughts on “Adjusting for the storm”