I LOVE the Pret chocolate almond butter cookies, and usually if I go into a Pret (thankfully we don’t have one in town) I will end up getting one. I love baking, so thought I should have a go at making them myself. After a bit of googling, I found this recipe and gave it a go last weekend. 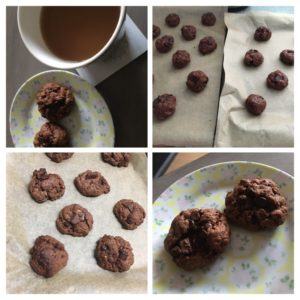 They turned out very well, although they didn’t spread much in the oven so I think next time I would flatten them out a bit more first.

On Sunday I headed out for a run- it was lovely running weather, but still so much flooding about. I was feeling really tired, so I cut it short at 6 miles. I was tempted to stay out for longer, but I decided it was better to quit while I was ahead. 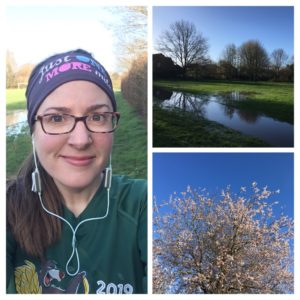 Once home I did a bit of baking (brownies for work) and listened to this podcast, which I thought could be relevant with the C19 spreading, only I was sort of making a joke, and now it seems that everyone is panic buying gigantic bags of dried rice. 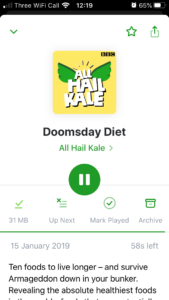 We popped over to see Andy’s parents, and then I made pizza’s using the Cook Eat Run recipe. The tomato sauce is really good, and I was really pleased with how they turned out. (I had pineapple on mine, and then the rest we had the same with tomatoes, artichokes, pesto and vegan cheese). 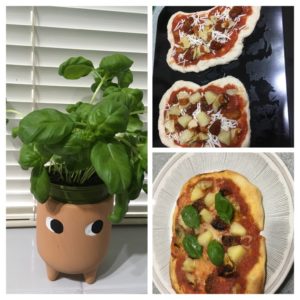 Also how cute is the basil pot? 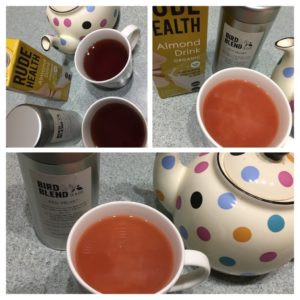 I’ve also been loving Red Velvet tea- we made a pot last weekend and it was a particularly pink brew!

We’ve also seen a few films lately- Bombshell (which seems to be replicated at the moment with the bullying allegations in the government) and Dark Waters which was just horrifying. We’ve also watched a couple more Netflix documentaries- one about the founder of Bikram yoga and all the complaints against him, and then one called American Factory about a Chinese glass company setting up in an old car factory in the USA (lots of stuff about poor working conditions etc). So, nothing cheerful! 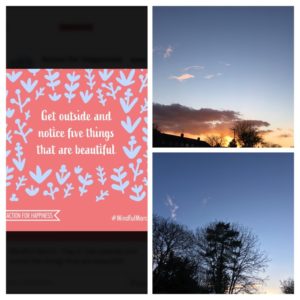 On Monday my Action for Happiness app had this lovely prompt, which was perfect for my run- beautiful clouds, sky, trees, flowers…

I was feeling good, but after going to bed feeling fine, I woke up in the night feeling awful. I had bad stomach pains, kept feeling nauseous and dizzy, and was dripping with sweat so much that I had to wipe up the bathroom floor. I didn’t go into work the next day, but after being awake most of the night and then sleeping in the morning, I felt a bit better in the afternoon. I went out to stretch my legs and get some fresh air, and that helped too. No idea what it was that caused it… 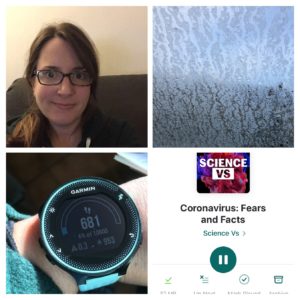 On Wednesday I was back at work and went out on a walk at lunch, listening to the Science Vs Podcast- it was very interesting and I think we just should not panic about it at the moment.

I had a late meeting so no yoga (again).

On Thursday I got totally soaked on my run- it rained all day and some of my usual routes were very waterlogged. As it was World Book Day I took it seriously and had a hot water bottle in bed while I read a book. 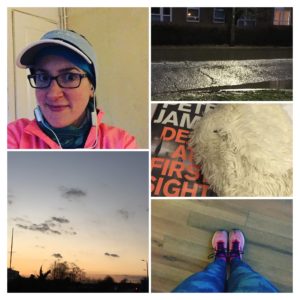 What fast food can’t you resist?