But still a fun weekend with some Disney in there!

I was feeling very grumpy on Friday morning- yes it was a 3 day weekend, but we should have been in Disneyland Paris, walking down Main Street with an excited four year old, and looking forward to heading to the expo later to collect race numbers and t-shirts and be tempted with all sorts of Run Disney merch.

A flashback to December and posing in front of the castle… 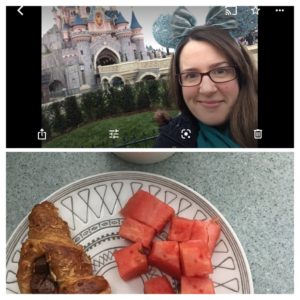 I’d bought some almond croissants on my last trip to Aldi (16th March- the last time I went in a shop… the only reason I know this is because it was the Monday before the schools shut, and I’d popped in on my way home and had so many frantic messages from Andy saying about all the social distancing that was being talked about- I looked it up the other day because I was curious about when it was) and put them in the freezer (I don’t think you are meant to, but they are fine) so to begin our long weekend we had croissants for breakfast and pretended to be in France. 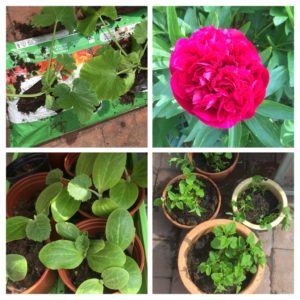 It was a lovely sunny day so we were then out in the garden for ages- I was doing easy jobs like potting on mint, putting courgette plants into grow bags, while Andy was carrying on digging the pond, and then digging up the horrible flower bed which is basically lumps of concrete covered in soil and matting. 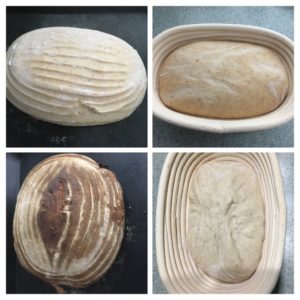 I also made the most successful sourdough yet. I’ve been having trouble with it sticking in the basket, but since using some rice flour, and “seasoning” the basket in the oven, it’s working much better. 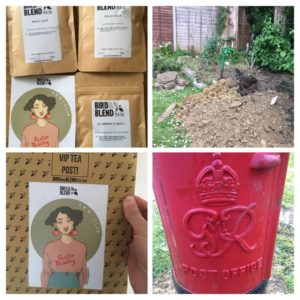 We went on a walk and I was very annoyed to see so many groups of people out- so many roads were having tea parties for VE day and they were not keeping apart from each other at all.  I did however see a new postbox (as I have not been running on the same streets that we tend to walk on)- I’m starting to tick them all off. Also my tea club (which arrived the other day) came out of quarantine- always exciting! I really should write down when things arrive so I know for sure when I can open them. Anyway, it’s peach themed which I love.

After all our gardening, we had tea and biscuits in the garden and listened to a podcast- very relaxing. 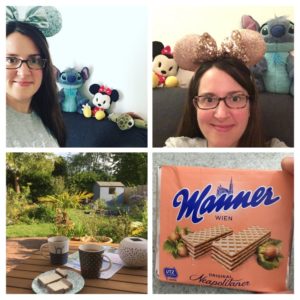 As we were meant to be going to DLP with Andy’s family, we’d decided to do a Disney quiz on the Friday night. Each pair (4 in total) did a round- in the end we did a higher/lower, longer/shorter round, where they were given two films and had to say which was longer in length, or which took the most money. Of course I got ready for the quiz by bringing out some mascots, wearing a Disney top (my Let it Go one) and wearing my ears. I was going to swap to my other pair of ears during the zoom break (you know, where your 45 mins is up so you have to re-start) but Andy put the other pair on so everyone noticed right away!

We finished the evening watching Illuminations (the Epcot firework show that is sadly no more). 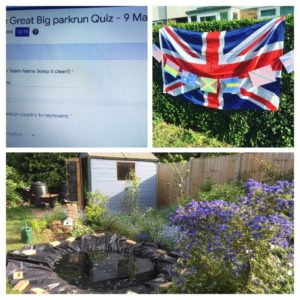 I’ve enjoyed my Saturday morning routine so kept it the same- a run before the quiz (12/15- my second highest score). I saw this lovely flag while running, with lots of different flags decorating it. A nice reminder that these celebrations will be happening all over the world. We put down the underlay, liner and then filled the pond with water. All very productive. 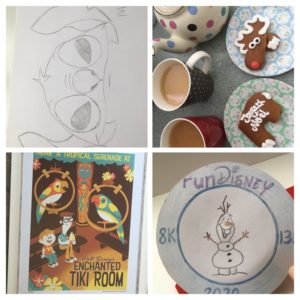 I also did some jobs and pottering inside- putting our Tiki Room picture in a frame, drawing Stitch and making myself a Run Disney medal. I know the weekend was princess themed, but I wanted to draw Olaf, and he is friends with 2 princesses and I was meant to run 2 princess races, so it made sense to me. I did 8k on Saturday and estimated that I would do 13 on the Sunday, although I ended up doing a little more. We also had a gingerbread biscuit which we bought at the Christmas markets in DLP, so it was Disney themed all round! 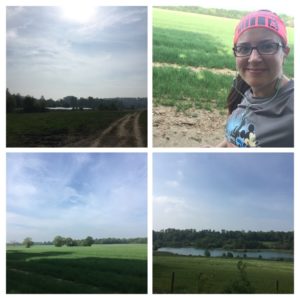 On Sunday I headed off for my normal longer run, making it a bit Disney themed with my Run Disneyland Paris half marathon top, and also the bright headband. One bit of my route takes me along some woods and across the edge of some fields, and it really reminds me of the countryside we ran during the Paris half- I could almost imagine I was there. 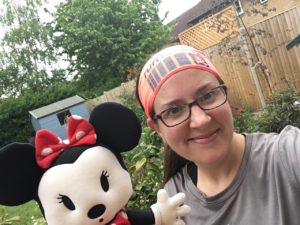 At the finish line (or in my garden, however you want to look at it) Minnie was there to meet me, and I didn’t even get told off for a photo. 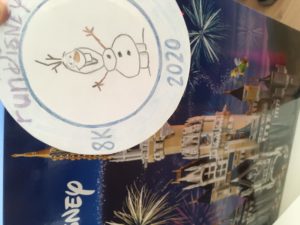 I had to do the medal in front of the castle pose (Andy had bought the lego castle ages ago and apparently it was going to be for us to build the first year we could not go to Florida for our wedding anniversary, but because we missed our Disney weekend he got it out to cheer me up- it’s going to be a fun project for us). 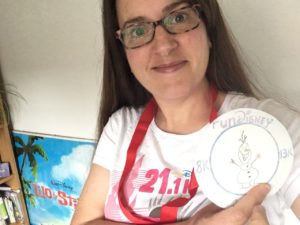 Then once showered I put on my “I did it” top, also from DLP, and posed with my medal. As you do. I think Andy was worried I was having a bit of a breakdown. No, just Disney fun.

What are you missing right now? Have you successfully recreated anything at home that you are missing? The Pret almond butter cookies have been a hit with me as I love them and always buy one if I go in a Pret (we don’t have one here otherwise it would be a very regular occurrence!).