So it was another hot week here- it’s scary how warm the temperatures are getting and it’s only June. Not good for global warming at all. It also meant I was very glad to be out early running before it was too hot.

Monday- yoga video before work, walk in the evening

Tuesday- run in the morning, walk in the evening

Wednesday- run in the morning, yoga zoom class in the evening

Thursday- run in the morning

Friday- walk in the evening 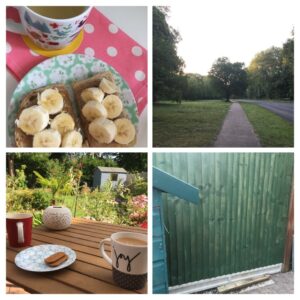 I had peanut butter and banana on toast for breakfast one day and I had forgotten how good a combination it is.

Aside from the running, we started painting the fence panels to match the trellis. 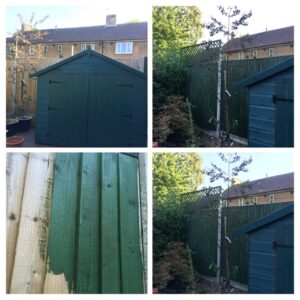 Although it’s been so hot, the fence is in the shade in the evening so doing it at around 6pm has been quite nice, and of course it’s dried quickly too. (I had plans to finish them this weekend but seeing as it seems to pour with rain for about 5 mins each hour that hasn’t happened!). I’m pleased with how it looks- the green melts in with the green plants so it feels like our garden is bigger and calmer in a way. 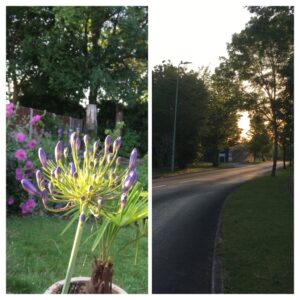 The light in the morning has been so beautiful I keep stopping to take photos and then realise I have to get home and shower and get to work so can’t dawdle! 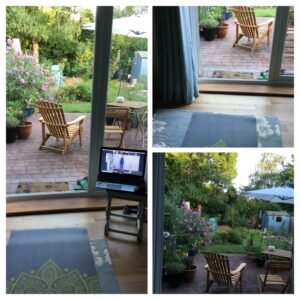 I usually do yoga in my office because there is space for my yoga mat, and my laptop is all set up, but it gets the afternoon sun and is really hot, so this week for the Wednesday class I set up in the living room instead. My battery only just lasted, but it was so lovely to have the views of outside and the breeze coming in. It almost felt like our classes when we do them outside under the trees. 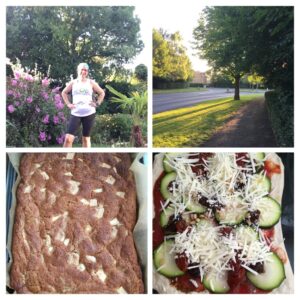 I braved my shorts on a run one morning

On Thursday evening Andy was watching football so I did some baking (peanut butter blondies for work) and made us a pizza for dinner. We’ve been having some of our home-grown courgettes and it’s been lovely to pop outside and get one and cook with it straight away. 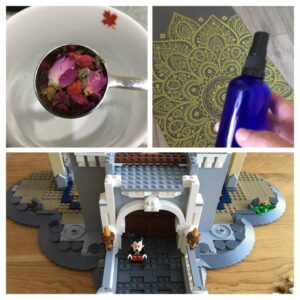 Our Disney castle is coming along. Lucky as it is more and more unlikely that we will have our anniversary at Disney this year… Plus some beautiful tea from my tea club with rosebuds and dried berries -Berry Pink Rosé .

I made some yoga mat cleaning spray this week- Adrienne had a tutorial on her you tube channel (here), which was hilarious as she went to Wholefoods to get the ingredients (I think it was sponsored by them) and when she was in there shopping she said she felt like a Top Chef contestant. I love Top Chef (and I think some of the earlier series are on Netflix now) so it made me chuckle. I went for lemongrass and rosemary oil (and you just need witch hazel and water, plus a glass bottle) and it smells lovely. 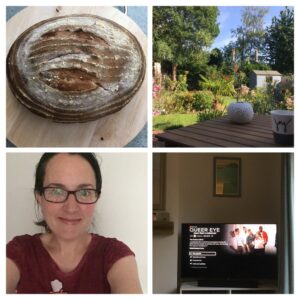 On Friday I made sourdough, had tea in the garden and watched Queer Eye. We went on a walk and it poured with rain when we were nearly home- we ran back but were totally drenched and had to change all our clothes because we were so wet!

We’ve been watching the TV show about the Salisbury Russian attack, and then when we finished that we started McMillions, all about an investigation into fraud around the McDonalds Monopoly game- it’s very good so far and very interesting (and the main FBI agent is such a character)- it seems we’ve been on a documentary or reality show theme at the moment.

Did you manage to get out much in the week? I saw a few people out running when I was driving home (and my car said it was 30 or 31 degrees)- rather them than me!