My routine has gone out of the window a bit, but I am doing probably 4 runs a week, plus lots of walking, gardening, and maybe some yoga when I remember!

Monday- yoga, walk in the morning and afternoon

In no particular order (vaguely chronological) some happenings from the week: 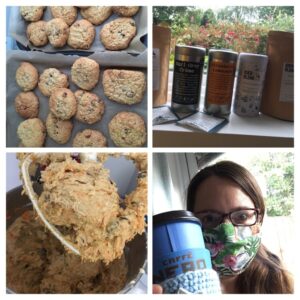 I baked carrot cake cookies- we had a really good one once at Disney, but all my googling left me with recipes using a box of carrot cake mix (?), so in the end I used an oatmeal raisin recipe and just added grated carrot and nutmeg. I also got my first chai latte since February (it was too cold for an iced drink), and sorted out my teas bought in the Christmas in July sale. 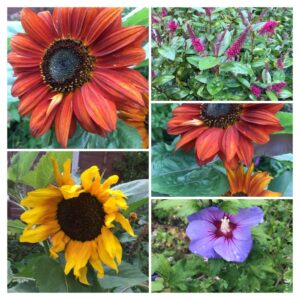 There is lots of colour in the garden, and before it got too hot at the end of the week, it was good to potter around. 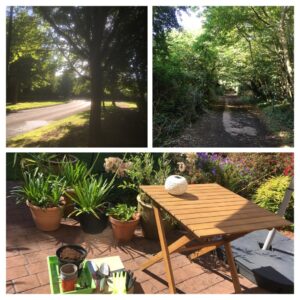 Seen on my run, and then my niece and nephew were coming over so I set up a little planting activity for them. At least at this time of year we can spend time outside quite happily- come November it’s going to be harder… 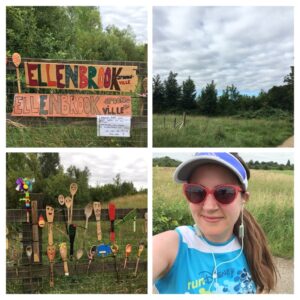 I had signed up to a Strava July half marathon, and realised that I hadn’t run once yet, so decided to run to Ellenbrook Fields, run the parkrun route and then home, as that is pretty much the perfect half marathon distance. I had originally planned it for Friday, but the weather was meant to be heating up more and more, so I went out on Wednesday instead. I loved seeing the spoon village- I’ve seen it shared on our running club FB page but not in real life. 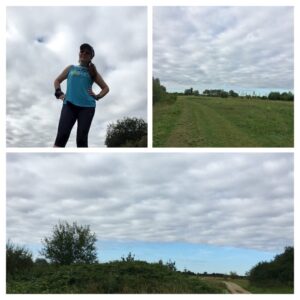 I do love those fields, and it was perfect running weather, although one of the podcasts I was listening to was advertising coconut water- I would have given rather a lot to have some of that towards the end of my run. 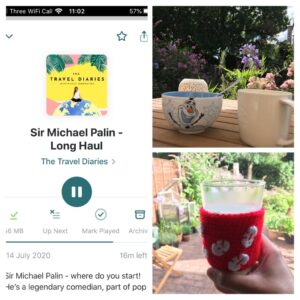 I loved this podcast- I could listen to Michael Palin forever. Later a homemade iced chai using my Lilo cosy so my hand didn’t get too cold. 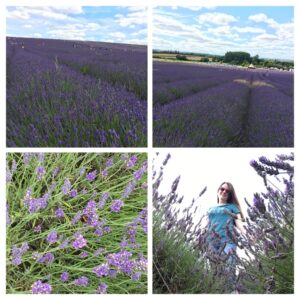 After breakfast I was off to the lavender farm. I always love visiting there, and they were not sure they would be able to open this year. They are operating with timed tickets and no picking, so I booked a 2 hour slot to see what it was like. I was very nervous sitting in my car, but it was actually not busy- I chose an empty lane and walked slowly up, spotting the bees and smelling the amazing fragrance. Lots of people had brought along picnics, and I found a big space at the top of the field to sit and just enjoy the scenery. 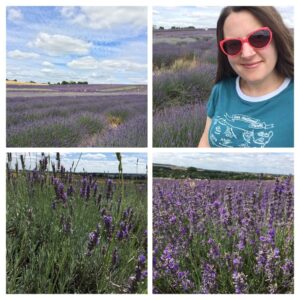 Before my time slot was out I walked back down to the shop (it’s usually a proper cafe and shop, but they have had to move them to be sort of hatch openings so you queue up and they serve you at the hatch) and bought some cake, shortbread and lemonade to take home. 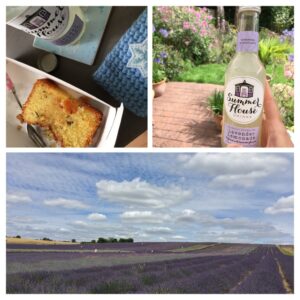 On Thursday my parents were coming over for a walk- we had planned to meet by the nature reserve so I walked down to meet them.  We had a lovely walk through the woods, spotting birds and butterflies, and then they were going to come back to sit in our garden for a bit. Because they had driven I had to walk back home as fast as possible while they took their time getting into the car and driving off. We sat in the shade outside for ages before they headed home. 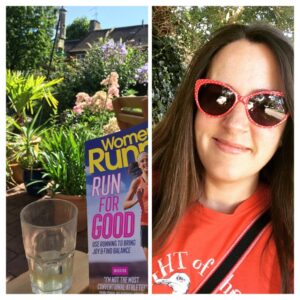 I made bagels, but the warm weather made them rather enormous! 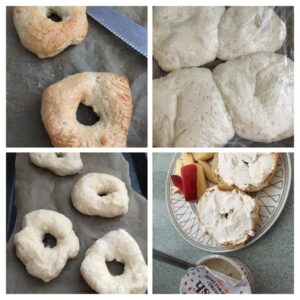 We had bought some of the gorgeous Nush cream cheese (from almonds) and there is no better topping. 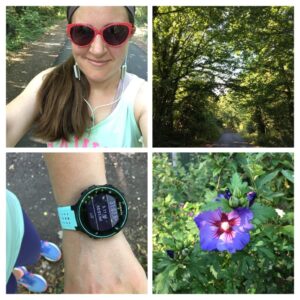 My hot not parkrun attempt- early on Friday before it got sweltering. 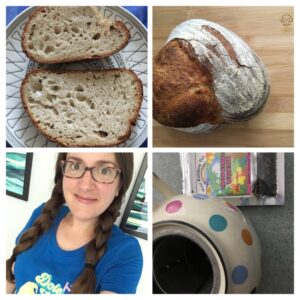 I am always impressed with the sourdough when it turns out looking like actual bread! Plus some delicious tea from Hawaii (black tea with passion fruit). 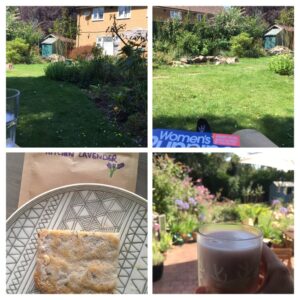 I sat in the shade- top left at the start and top right about an hour later when nearly all the shade was gone!  Lavender shortbread (sooooo tasty) and a cold-brewed tea latte to cool down. 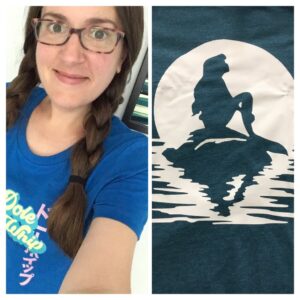 I’ve been reading a lot online about Disneyland Paris (and WDW) and how they have reopened, because we have a couple of days there in August, although if France goes the way of Spain with the quarantine then I won’t be going. I think I have convinced myself that we won’t be going, so I have also been browsing a lot of Disney products online. I had ordered a couple of Disney inspired tops from Etsy / DFB and they both came really quickly (the top left is the Dole Whip top from Disney Food Blog). I may have ordered a Dole Whip scented candle too…

We have been alternating between watching TV (The Morning Show, which is quite good but not as gripping as some of the reviews have suggested, and Indian Matchmaking which was so interesting but obviously only covered a specific type of matchmaking, and of course the weekly Queer Eye allowance on a Friday) and films- Greed covered loads of issues and I wished it had been a mini series, Never Rarely Sometimes Always (which was really good but also really sad), and Onward, which I loved and had put off watching because I knew it would make me cry! Why do Pixar always do that? I love Up so much but the start never fails to make me cry so I almost don’t want to watch them because of it.

Also, Netflix have a series of The Babysitters Club. When I was at primary school I loved reading their books (if you are not familiar, they were a series of fiction books about group of 12 ish year old girls in the USA who set up their own babysitters club and had very sweet “adventures” (eg someone has letters from a secret admirer…). In fact reading Babysitters On Board was my introduction to Walt Disney World, as they sat for some very rich people (the book followed them going on a cruise and then going to WDW because they would occasionally be needed for babysitting). Anyway, the series is quite sweet and very easy watching although they are updating it and covering relevant issues (one of them had a trans child in the episode).

Have you seen anything good on TV lately? Do you miss going to the cinema?