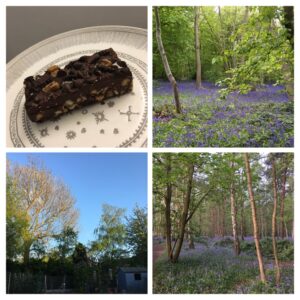 I tried one of the vegan Bosh slices from Costa- it was fairly nice but I think I can make nicer tiffin at home. Good to have options though.

Last week was a fairly standard week run-wise, with runs on Tuesday, Wednesday and Thursday morning. I had a meeting before work (a presentation which was a bit nerve wracking) on the Thursday, but knew I would not sleep well anyway so may as well still get up to run. I kept the run to a 5k instead of my usual 4 miles, so I could be in work a little earlier. The bluebells are just about there, although coming to their end now, so of course I took a few photos on some of the runs. 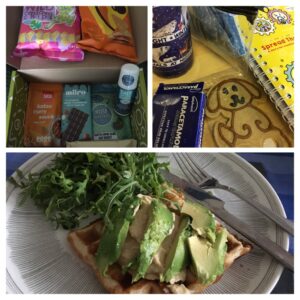 I think the presentation (or worry about it) had really affected my sleep that week, and by Thursday afternoon I had such a stress headache- paracetamol was the only way (oh, and a ginger biscuit) to get through the rest of the day.

On Friday we had waffles for dinner as we had not had them in ages- delicious hummus and avocado, with rocket and sweet chilli sauce. So good.

I then had to do my long run on Saturday morning, as I’d planned to meet my dad and brother for a run on Sunday morning. I really haven’t thought that the Brighton half will go ahead, but it’s getting closer and no cancelation email yet, so really need to go a bit beyond my happy 10 mile weekend runs! 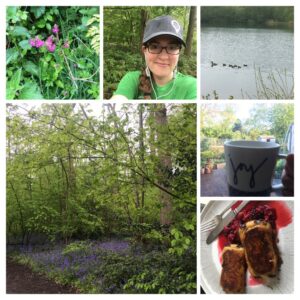 I headed over to Panshanger for 11 miles. I even saw some ducklings- I feel like I’ve seen hardly any this year. It rained on and off, but wasn’t too bad. I was in a t-shirt and a couple of times wished I’d had a long sleeved top on, but of course once the rain stopped it got warm again. One of those days. Once home I had some croissants and fruit, and of course tea.

I had a bit of a rubbish afternoon- I think I was overly tired from the week and from the long run (and then doing all of the cleaning- should probably have saved that for Sunday after the shorter run), but I made the mistake of reading some comments on the parkrun posts- some people are just so horrible. (By now we know that the restart has been delayed, which is so disappointing) I was really getting my hopes up for the 5th June as the restart date, but I think it dawned on me on that day that it would not be coming back due to London having so few permissions.  I find it so frustrating that people can go to pubs, nightclubs, spas and so on, but an activity that is scientifically proven to have such little risk has not been allowed to come back. I really find parkrun helps with stress levels, and going for a run just isn’t the same as being surrounded by a positive community. Anyway, Sunday was another day and I was looking forward to a run with my dad and brother. I had a little warm up first, and then we headed out on a new route (as parkrun had emailed out a challenge, which Dad had then decided to do).

On Saturday night we watched The Sound of Metal, about a drummer in a band who loses his hearing. It was a very engrossing watch, although with the sound switching between what he hears and the rest of the world, I don’t think I could have watched it in a cinema with the surround sound! 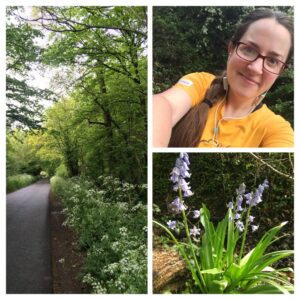 It ended up being slightly longer, but who is counting? We ran to the edge of Ellenbrook Fields and back, mostly through fields and countryside- lovely. Afterwards we sat in the garden and were so lucky with the weather as it only rained for a few minutes a couple of times. (From the Monday we would have been allowed indoors, but being in a classroom all week with children that will not be vaccinated means I feel I am taking more risks with things like this so would not be happy to do that just yet). 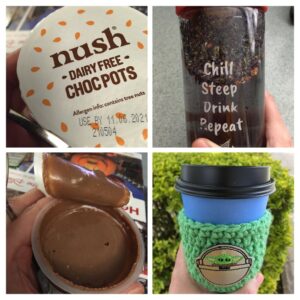 Mum gave me some plants (she is always growing things in her greenhouse) so once home and showered I pottered around in the garden for a bit, planting out some of them plus of course the weeding.

We’ve been watching the series Mare of Easttown (I think I mentioned it before)- it’s really so good, but I find it so frustrating that they only release one episode a week! I can’t really get used to that again.

Do you have any races that you are booked to do?

2 thoughts on “Waffles, ducklings and switching the run days”